A brief look back… 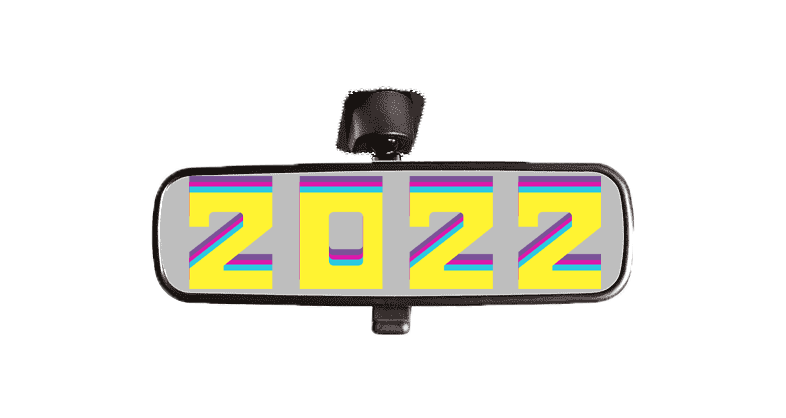 The biggest philosophical news item of 2022, by far, as indicated by Daily Nous statistics, was the discovery of five crates of long-forgotten transcriptions of Hegel lectures in the archives of the Archdiocese of Munich and Freising. A bit lower on the list, though still in the top 50, was the placing online of a large selection of Quine’s correspondence.

But lest you think it is just the past that philosophers get excited about, one of the other big topics in 2022 concerned large language models like GPT-3 and their use by students and researchers, as well as other developments in AI.  “Philosophers On GPT-3,” published two and a half years ago, continued to see a lot of traffic, and was joined by other posts published this year: “Talking Philosophy with ChatGPT“, “Conversation Starter: Teaching Philosophy in an Age of Large Language Models“, “If You Can’t Beat Them, Join Them: GPT-3 Edition“, “Two Cultures of Philosophy: AI Edition“, “We’re Not Ready for the AI on the Horizon, But People Are Trying,” and “Philosophy, AI, and Society Listserv“.

We published a group post on Russia’s attack on Ukraine, with several philosophers contributing, along with other posts about helping philosophers dislocated by the war, gathering statements of support from philosophers, and considering an academic boycott of Russia.

The dissolution of crypto-currency firm FTX was another current event of particular interest to the philosophical community, owing to its CEO’s connection to philosophers involved in the “effective altruism” movement and the substantial funding he provided for it, and we hosted a lengthy discussion about the lessons of that debacle.

And many philosophers wrote about abortion, in light of the U.S. Supreme Court’s ruling in Dobbs v. Jackson Women’s Health Organization.

Events at the intersection of academic freedom and philosophy about controversial subjects saw plenty of attention, too. Chief among these stories were Philosophia‘s publication of an exchange on “Jewish influence and power” and a conservative social media account’s attempt to ruin the career of SUNY Fredonia philosopher Stephen Kershnar, by publicizing excerpts of a discussion he had regarding the basis of prohibitions regarding sex between adults and children. Also, objections were raised to the decision by Oxford University Press to publish a book defending “gender critical feminism”,  a philosophy professor was suspended for criticizing “wokeness”, and San Diego State University removed a professor of philosophy from his critical thinking course and his course on race and racism this semester following lessons in those courses in which he provided examples of racial epithets. The issue of “cancel culture” was discussed here and here. You can check out other posts on academic freedom here.

Back in February, philosophers became preoccupied with whether, and if so, why, “academics in other disciplines tend to have negative attitudes toward philosophy and philosophers“. That discussion continued here and here. That was just one of several examples of disciplinary self-examination in 2022. In autumn, the value of the history of philosophy was questioned and defended. Over the summer, the narrowness of contemporary mainstream philosophy came under scrutiny and suggestions were offered for how to change it. There was a popular guest post about how philosophers can (but have sometimes failed to be) “savvy consumers of science“. Research suggested replacing the “analytic/Continental” distinction with a new tri-partite taxonomy. Concerns were raised about whether analytic philosophy speaks to the “big questions of life“, and there were reflections about examples of contemporary philosophy that may help you in a difficult time, the way “philosophy is personal” and the contingency of philosophers’ philosophies. There were also questions about the value of most philosophical work, given that it is unlikely to be read and discussed by future generations.

As usual, philosophers took a look at their profession’s institutions and practices. There were claims that the peer review system is “broken beyond reasonable repair” and suggestions here, here, here, and here about how to repair it. A site for commenting on philosophy papers was introduced. A philosopher who does a lot of public-facing writing discussed how philosophy’s “guild norms” encourage bad writing. We learned that while the majority of philosophy articles are cited often enough to be ‘in the conversation,’” philosophy is “near the bottom” when it comes to citation rates, in comparison to other disciplines. There was a request to journals to start collecting data on submission topics.

A philosopher who landed a stable academic position after five years on the philosophy job market shared his experiences. New data was released about gender and hiring in philosophy and gender and publication in philosophy. The American Philosophical Association (APA) sought feedback on its Good Practices Guide. Still, job interviewees continue to face some weird questions.

There was some debate over whether academic events should always be at least partially online and we discussed the norms for social media use at conferences. The question was raised as to what other formats we might try for presenting our work to each other.

Information about philosophy graduate programs was updated at Academic Philosophy Data and Analysis (APDA), The Philosophical Gourmet Report, the Philosophy Admissions Spreadsheet, and at a page focused on philosophy MA programs. We saw that there had been a decrease in philosophy PhDs conferred in recent years, but a slight increase in undergraduate degrees in philosophy and in the diversity of philosophy majors. Someone asked why, despite the low odds of securing an academic position, people still went to graduate school. Another asked for technology recommendations for graduate studies.

When it comes to teaching, we talked about whether grades in philosophy courses tend to be lower than grades in other disciplines, and if so, why, how much philosophy professors grade, and whether to use oral exams in undergraduate courses. We saw suggestions about how to foster in-class conversations on touchy subjects, assigning service-learning and public philosophy projects in philosophy courses, and teaching about the racism of philosophy’s historical figures. A new resource was created to share teaching materials on philosophical topics that are usually not well-covered by universities. The philosophy exam questions at All Souls College were widely shared. And we discussed the choices professors have, in regard to their students, among the roles of “teacher, bureaucrat, and cop.”

The responsibilities of professors in service contexts was probed in a piece that asked, “How might we reconcile the forced and vacuous practices of contemporary university culture against all the valuable stuff that drew us to academia in the first place?” Labor and compensation issues were raised by philosophy graduate students on strike in California.

Philosophers shared what questions they are working on nowadays. We asked which topics are trending in the work of philosophy graduate students and recent PhDs. We noted that philosophy’s happiness literature is getting more empirical, and we looked at some research on the question of whether men and women philosophers argue differently.

Public philosophy continued to grow, with a significant development being the launch of New Work In Philosophy. We talked about being (self-)aware of the strangeness of philosophers when engaging in public-facing work. The University of Massachusetts, Amherst, created a Center for Philosophy and Children. Many philosophers signed onto a statement opposing animal exploitation. And several new philosophy podcasts, including one focused on philosophy and the news, were added to the Big List of Philosophy Podcasts.

There were a number of posts concerning the intersection of art and philosophy. A contemporary philosopher’s work was chosen as the theme for an art festival. A research team gathered and placed online an extensive collection of artful Aristotelian logic diagrams. A philosophy professor started a project that creates 3D-printed models of philosophical thought experiments. A memoir a philosopher co-authored with an artist was awarded the Pulitzer Prize in the biography/autobiography category. A philosopher experimented with AI art generators to create “AI Images of Philosophers & Philosophy.” And we talked about the philosophy of cover songs.  We also asked, “Which living philosophers review fiction, movies, television shows, plays, music, art, etc. for non-academic publications?”

2022 saw its share of faculty moves, which are listed here.

It also saw its share of philosopher deaths, including well-known and highly influential philosophers such as Saul Kripke, Nell Noddings, Joseph Raz, and Kwasi Wiredu, among many others.

Here at Daily Nous, we introduced the Summer Guest Post Series, a successful test-run that I will be repeating in 2023—thanks again to the philosophers who contributed to that!

Thanks, finally, to the supporters of Daily Nous, the organizations that advertise here, individuals who write in to share news, information, and achievements, and, of course, all of you readers. I hope your 2023 is off to a good start!

Wow! Thank you for this summary!Report