“Philosophy Takes on the News” is a new podcast that brings a few philosophers together for each episode to discuss various news stories. 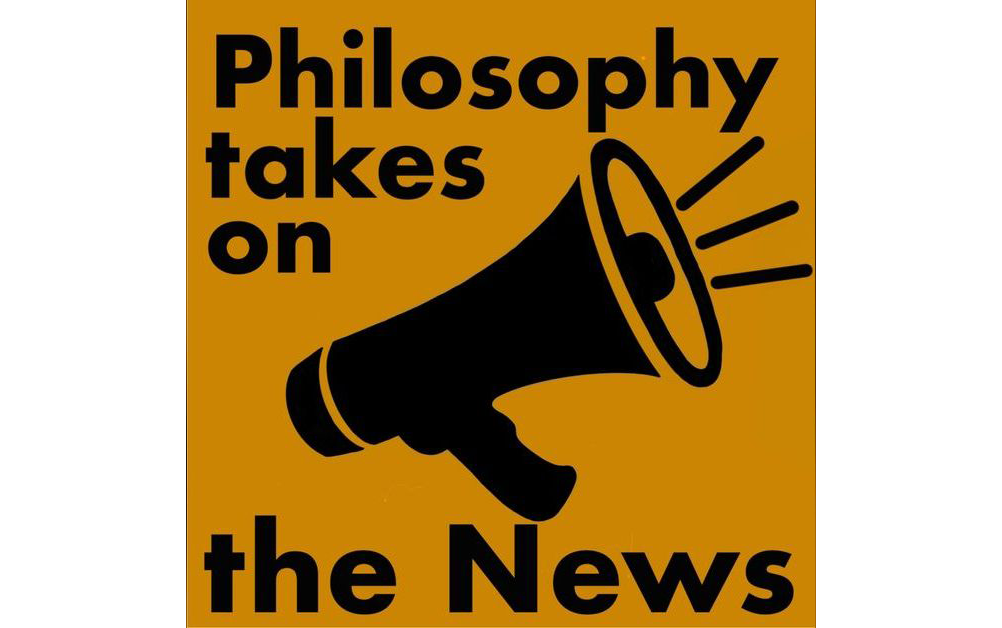 The show is hosted by Simon Kirchin, professor of philosophy at the University of Kent and comes out about once a week. So far, there have been four episodes, featuring Kirchin in conversation with other philosophers including Chris Armstrong, Julian Baggini, Vittorio Bufacchi, Sophie-Grace Chappell, Graeme A. Forbes, Helen Frowe, Philip Goff, Gerald Lang, and Andy White.

Topics range from matters such as the attack on Ukraine and the condition of our oceans to lighter fare about comedy and soccer.

You can check it out here.

And don’t forget about The Big List of Philosophy Podcasts.

Many thanks, Justin. About to record our fifth episode, with Helen Frowe, Graeme A. Forbes an Lucy O’Brien, which I hope will be released on Friday. If anyone fancies coming on, please get in touch with me at s.t.kirchin at kent.ac.uk I’m keen to promote voices and views from across the academy.Report

That is wonderful. I suggested that some time ago in Ghana and someone told me it was difficult because it requires spontaneous reasoning and analysis. I wish you share your experience with usReport

For philosophers interested in global health some episodes here may be of interest Talk is the Best Medicine: https://ghipodcast.pythonanywhere.com/Report

About freaking time! Silence is only golden when there is nothing of value to say.Report

Will they be discussing about objectivism and how journalism should be impartial, free and fair?Report

Is anyone watching the goings on at a Canadian university? Seems a professor said some things about Ukraine/Russia he should not have said. He was last said to be on Sabbatical. That could be permanent?Report