Students and others may be interested in a philosophical topic, yet not have access to a course on it. One option is for them to form a reading group, but it’s not always easy to figure out what to read, in what order, what to pay attention to in the readings, what questions to discuss, and so on. Now there’s a new resource that provides “blueprints” for readings groups on a range of topics, focusing on ones not especially well-covered by universities.

Reading Group Blueprints are now available from the Diversity Reading List in Philosophy (DRL). They include thoughtfully selected and arranged readings, videos, and podcasts, accompanied by comments and questions to guide the participants. And it is all freely available.

So far, there are blueprints for the following topics:

You can check them out here. More are in the works.

One might wonder: why these specific topics? The answer is that these are topics that are not especially well-covered. The DRL is based in the UK, and they looked into what is and is not typically taught in philosophy curricula there. Anne-Marie McCallion (University of Manchester), with the help of Simon Fokt (HTW Berlin) and other members of the DRL Team, went through 377 modules taught at the top 10 British departments (according to Times Higher Ed), and here’s what they found. 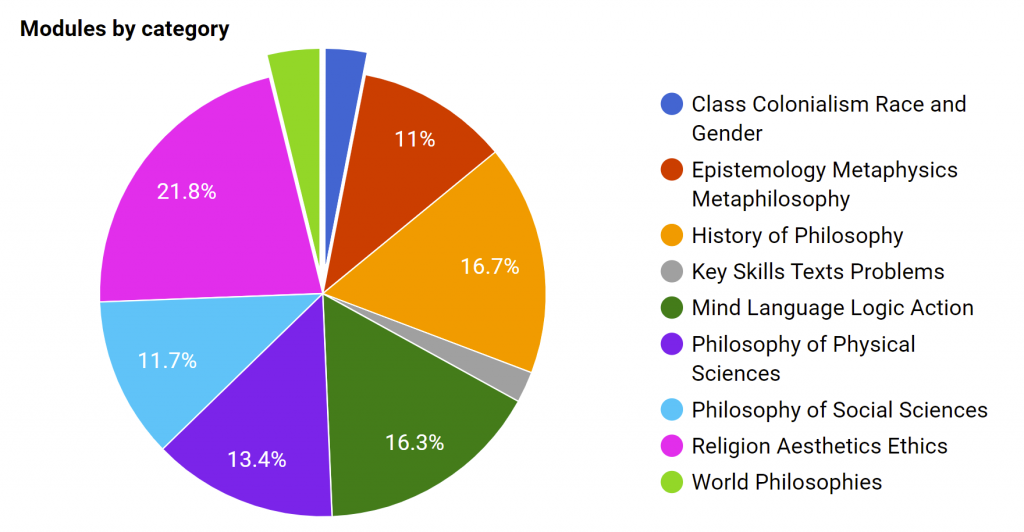 Aware that “the main topic of a module might not be always indicative of its content,” the researchers looked at what was taught in courses not explicitly dedicated to “Class, Colonialism, Race, and Gender” to see how much time/materials were spent on any of those topics. 3% had “significant” content on these topics, 7.6% had “some,” but 89.4% had “minimal or none.” 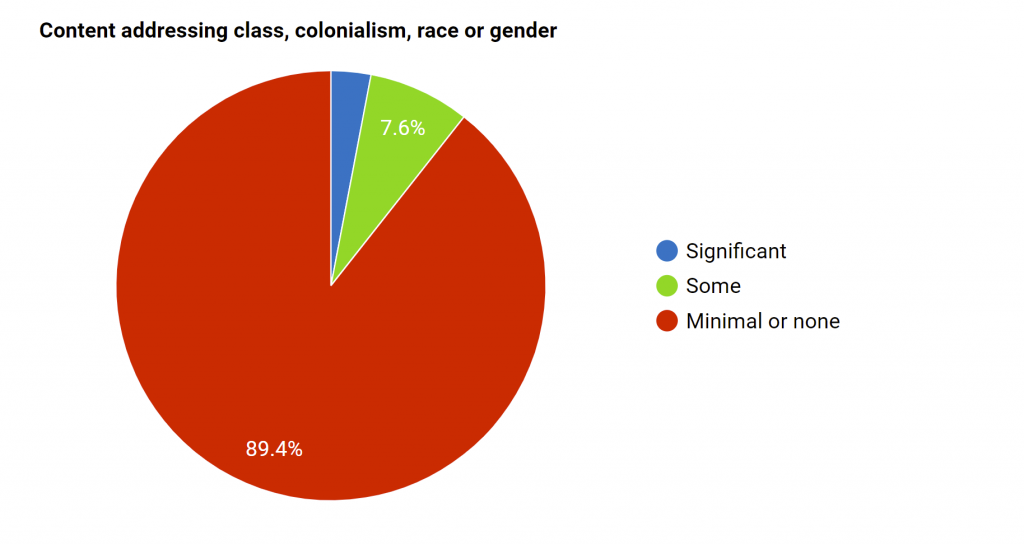 46 of the 377 modules analysed were on individual thinkers. How diverse an array of thinkers?

Again, recognizing that the official topic of a module might not be reflective of its content, the researchers looked at what was taught in these modules, and again, they found that around 90% of the courses had “minimal or no” content addressing class, colonialism, race, or gender.

For more details about this research, see the report here.

It would be interesting for similar research to be conducted in the United States and elsewhere.

I was unfamiliar with the phrase “The Wartime Quartet” – for other people who were also unfamiliar with it, this appears to be a term for Mary Midgley, Philippa Foot, Iris Murdoch, and G.E.M. Anscombe.Report

Thomas Nagel has published a review of two books about these four women in the London Review of Books.Report

Interesting. Yet, where are “the stories. Love that it is abstract. But where is Alexander and where is Medusa. It’s the stories, beautifully heroic and tragic that make children(not man-wife, black white) inspired to prusue the paths on wisdom. Make us dream nightmares so we may see light. Allow us to dream light to make us feel warm. Just an opinion from a random person, who feels as if he’s “figured it out”. Just got diagnosed with extreme or even hyper giftedness. Please help me, i dunno where to goReport