A few reporters at Vox conducted an unscientific survey of scientists to unpack the sense they’ve been getting that “science is in big trouble.” The result is a list of the seven biggest problems facing science, based on responses from 270 scientists.

Explanations of these items and some possible solutions can be found in the article at Vox.

To what extent are these the big problems of philosophy?

There are, of course, other ways to cash out the above problems, along with some different problems altogether.  And there may be special problems specific to philosophy because of the nature of philosophy. 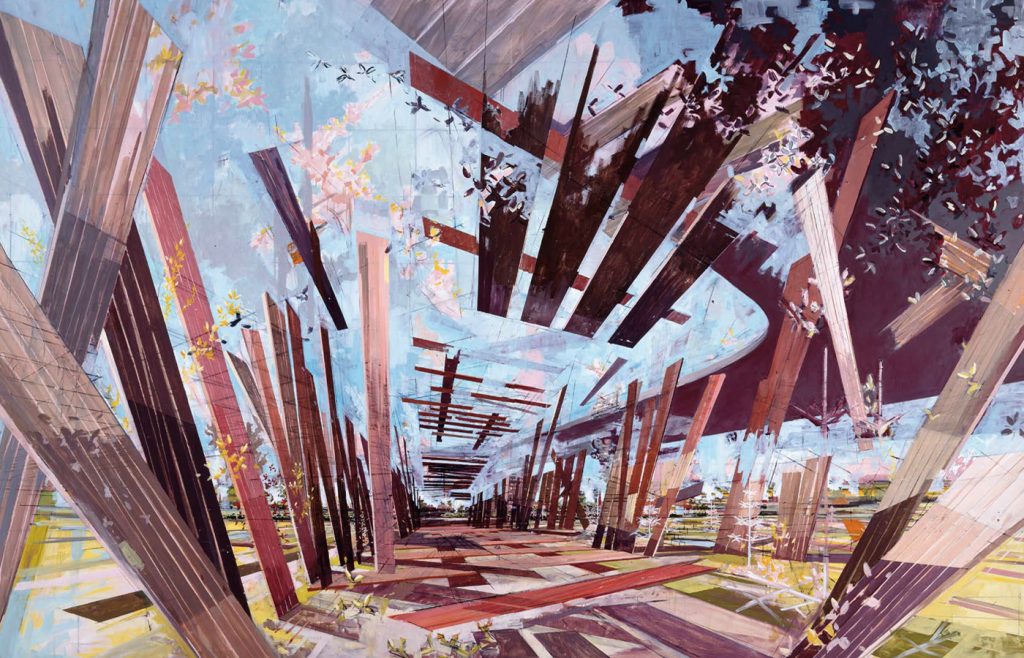 A problem for philosophy that in my impression is not a problem, or as much of a problem, for the sciences: ignorance of the history of philosophy and of different traditions of philosophy allows many trivial or parochial discussions to dominate the ‘top’ journals. This in turn encourages conservatism among younger scholars, who can best make their name and achieve professional success by engaging in these narrow discussions. I can’t count the number of conversations I’ve had with graduate students and junior faculty, often the products of top departments, where someone has said ‘I wish I worked instead on topic X’ where X mattered far more to them than whatever it was they mostly did. This narrowness also surely has some role in our diversity problems as a discipline.

Perhaps, generalizing somewhat, this is a respect in which philosophy is rather like some corners the sciences – there are people who set the agenda and most of the rest of us who are forced to follow it – and being one of the former is a privilege of social position that is unjustly distributed (it requires, for instance, access to publishing opportunities such as edited volumes or not-exactly-peer-edited monographs).Report

I don’t understand what ignorance of history has to do with the rest of what you say. I’m not saying it doesn’t, just that I didn’t understand the connection you were trying to make.Report

Plenty of puzzles are generated by conceptual schemes that are of very recent vintage. If similar problems have turned up in other systems, especially across history, then that’s some reassurance that the puzzle is a genuine one. To pick an example in an area in which I work, philosophers have wondered about agency and responsibility for a long time, but it was a mistake to recast these issues in terms of coming to possess a mental state, e.g., an intention to act in the future. Perhaps reflection on empirical work in psychology might lead you to the same conclusion, but some time spent with Aristotle or Kant or Hegel would likely have the same effect.Report

I think our public relations problem is one of our most serious issues due to its effect on enrollment and funding.

A great deal of people still have this idea that philosophy is useless. I won’t explore their reasons for thinking that here – I think we’re all familiar with the rhetoric – but the fact that we haven’t been able to change many of their minds poses a big problem for us in terms of enrollment, which leads to problems with administrations concerning budget allocation and cuts.

We can make perfectly sound arguments to administrators until we’re blue in the face, but we have to remember that the value of of skillful argumentation is, in some sense, precisely what we’re arguing for – and we’re met with what Oscar Wilde so perfectly described as “brute reasoning”. While sound arguments might not matter much to administrators (read: humanities executioners), numbers do and low enrollment numbers tend to be one of the things they justify their war on the humanities with.

If we can up enrollment, we’ll be in much better standing with the universities in which we’re embedded. I don’t think there’s a clear-as-day answer as to how to increase enrollment in a dramatic way, but there are a couple things I think we would do well to consider:

1) We spend a great deal of time refuting various critiques of philosophy (such as lack of job prospects and earning potential), which is well and good, but I think we can do more to emphasize what sets philosophy apart. Unfortunately “critical reasoning” has been thrown around haphazardly by so many parties that now it’s little more than a buzzword. We may not have a ‘monopoly’ on ethics, but we’re certainly the biggest player and it’s something that a lot of kids are interested in. I’m not saying ethics is our only selling point, but it might be one of our best. In addition to making it a talking point at campus recruiting events, perhaps setting up an “ethics minor” (simply a phil minor with an emphasis on ethics) would be a good way to draw people into philosophy.

2) We ought to consider the changing interests of incoming students. As the years go by, incoming students are more and more brought up in a society characterized in large parts by social issues, environmental issues, economic and political issues (many of which are grounded in ethical disputes), technology, etc. I’m not saying students are only interested in these things, but these are the sort of things that a lot of kids feel strongly about and want to learn about. I think we’d do well to not just craft unique courses pertaining to contemporary problems (which many programs are already doing a great job of), but also have bi-weekly debates in the student union (or some other sort of outreach) to spur interest.

I think that if we can ‘sell’ (I hate using that word in this context, it feels kind of dirty) philosophy to students and increase enrollment, it can buy us time from administrations to address all of our other problems.Report

Re: problem #2. The Problem of Perverse of Incentives. “The problem here is that truly groundbreaking findings simply don’t occur very often.” It is then alleged that the incentives to publish cause scientists to do bad things, namely overhyping results and fudging data.

I think there might be a direct parallel with philosophy. How often does one expect to produce a piece of truly “groundbreaking” philosophy? If infrequently, the incentive to publish in philosophy might put pressure on philosophers to do bad philosophy, as the allegation goes for science.

Let’s relax the standards even further. How many original and moderately plausible philosophisocal papers can the typical philospher come up with per year? Suppose that it less than 1/2 a paper. (As an anecdote, I know physicists who think this way about physics and I’m not sure philosophy is so different.)

Given that you can’t get tenure with so few publications, one has to produce suboptimal work, no? It might cause one to write trivial, but sound papers. Or, one might produce original philosophy that is confused. Or…

At any rate, I’m just sketching a possible parallel. Not trying to hurl allegations at the profession. 🙂Report

The problem seems to be an inability to solve problems and a reluctance to concede that this would indicate a fault in the methodology and the need for some new ideas.Report

The lack of public communication is a much greater problem in philosophy than it is in science. In general, the discoveries of scientists can help people who do not understand the discovery. A medicine will work just as well on someone who doesn’t understand why it works. Philosophy is not like this. In general, our product is ideas that can only help people who understand the ideas. As a profession, we spend a lot of time refining our product, but deliver very little product to the end user. Frankly, professional philosophy is something of a racket in which we get paid to produce ideas then keep the ideas to ourselves.Report

Personally, I think philosophy should carry on as it has since Descartes. Sure there are some problems such as a major focus on analytic philosophy while forgoing much of the more idealistic philosophy.
I most certainly do not think it needs “marketing”. The public will never accept actual philosophy for myriad reasons. To steal a term from Spinoza; They are not accustomed to thinking about things loosely. I do not see any possibility of “marketing” philosophy to the public without dumbing it down to the point where the original argument is lost. Look at the most popular philosophy videos on youtube and how little of a grasp many of them have on philosophy. Hell, I read a philosophy blog today that had more poetry than philosophy. This is the risk one takes when considering “marketing” philosophy; reducing it to popular drek filled with pseudo-philosophy; often written by someone with little understanding of the incredibly complex subject matter. There is already too much of this crap. Philosophy does not need “marketing” or popularization as I would call it. Philosophy evolves on it own.
As for science, one of the greatest problems I see is the abandonment of the scientific method in fields such as quantum mechanics; where results must be interpreted in what seems a decidedly unscientific matter. Another problem I see (which is directly related to the first) is the deification of science; the seeking of answers for unanswerable queries; as if science could prove or disprove the existence of the soul or God.Report

William – Ask yourself why Chinese philosophy is the third most popular course at Harvard. It suggest to me that university philosophy cannot and should not ‘carry on as it has since Descartes’, or not unless it wants to go out of business. I have never seen a business more in need of a marketing consultant.Report