In the following guest post*, Christina Easton, a philosophy Ph.D. student at the London School of Economics and Political Science, takes up this question. 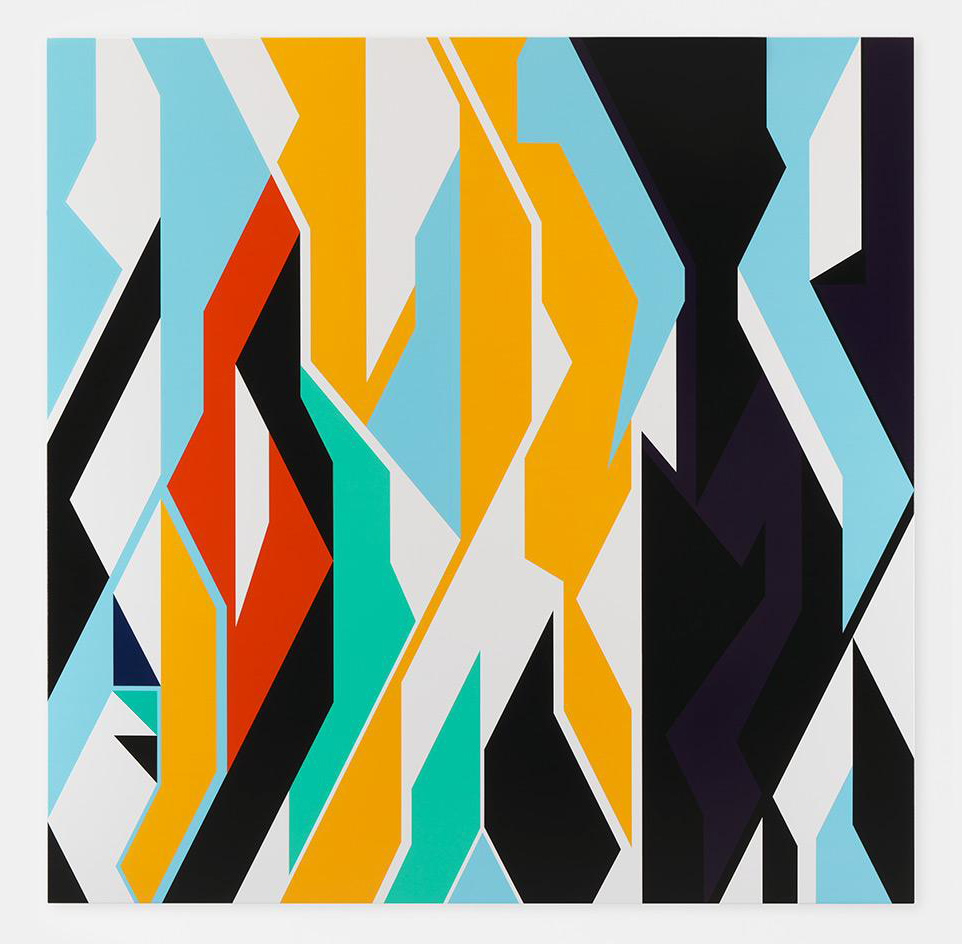 Women and the “Philosophical Personality”
by Christina Easton

Research suggests that there is a cognitive task on which philosophers tend to perform better than non-philosophers and men tend to perform better than women. In my open access article (forthcoming in Synthese), I discuss what we should make of this. Could the factors underlying the gender gap on this cognitive task partially explain the Philosophy gender gap, and if so, what are the implications for the discipline?

The Cognitive Reflection Test (CRT), proposed by Shane Frederick in 2005, consists of 3 questions that invite an intuitive, wrong answer. Answering the questions correctly is said to indicate a disposition to overcome impulsive, intuitive thought with effortful, rational reflection. Performance on the CRT has been linked with the dual-process model of decision making. ‘System 1’ operates quickly and automatically, giving us the immediate, wrong answers to the CRT questions. ‘System 2’ involves slower, more deliberate and effortful thinking; it ‘supervises’ the thoughts and actions being ‘suggested’ by System 1. Thus, if System 2 is activated in response to a CRT question, it can override System 1 to give the right answer. According to Daniel Kahneman, performing poorly on the CRT indicates a “lazy” System 2 that relies on System 1 to do the work.

Since careful, rational reflection is what philosophers do as a day job, you would expect philosophers to do well on this test—and you’d be right. In a study involving 4472 participants, Livengood et al. (2010) found a positive correlation between CRT score and philosophical training. The authors suggest that the CRT tracks “an important facet of philosophical personality”; “philosophers are less likely to blindly accept their intuitions and more likely to submit those intuitions to scrutiny”.

More surprisingly—and awkwardly—it has been consistently found that women tend to do worse than men on this test. A 2016 study was typical in finding that women are more likely to answer all three questions incorrectly and that the average CRT score of men is significantly higher than women (1.12 vs. 0.58). Frederick suggests that the test maps “something that men have more of” and concludes that “men are more likely to reflect on their answers and less inclined to go with their intuitive responses”.

So, the research appears to be telling us two things: Women tend to perform worse on the CRT than men, and philosophers tend to perform better than non-philosophers. Confronted with a further fact—that there is a significant gender imbalance in Philosophy—a natural (perhaps ‘intuitive’!) conclusion might present itself: Perhaps women are less likely to possess the aspect of the ideal philosophical personality tracked by the CRT, and this contributes to the gender imbalance in Philosophy. Call this the ‘Quick Conclusion’.

Though unpalatable, the Quick Conclusion would help explain why Philosophy is less gender-balanced than most disciplines. It fits with the Livengood et al. finding that the opposite pattern can be found in Psychology (a field where women are significantly over-represented): those with more psychological training tend to exhibit lower CRT scores. A defender of the Quick Conclusion might hypothesize that whilst women trickled into Psychology as the negative effects of discrimination were gradually overcome, a matching trend did not happen in Philosophy because additional obstacles remained present. It also fits with the emphasis in Philosophy on careful use and scrutiny of intuitions. Perhaps we might see the practice of Philosophy as a kind of ‘hyper-exercise’ of System 2, in order to scrutinize, justify and in some cases, override the intuitions provided by System 1. In that case, if women are more inclined to go with their intuitions than employ System 2 processes, then perhaps this amounts to being less inclined to philosophical thinking.

Whether this is right has important implications. It’s become pretty much accepted that it is right to engage in actions aimed at re-balancing Philosophy. The Quick Conclusion might be seen to imply that this is at best misguided, and at worst, unjust.

I think that is false. In my paper, I discuss four reasons to question the Quick Conclusion:

Does the CRT track what it is claimed to track?

Firstly, we can ask whether the CRT tracks what it is claimed it tracks. Researchers talk about the CRT as measuring a kind of rationality—‘reflectivity’—a trait that seems key to the ideal philosophical personality. But there is good reason to think the CRT might measure other traits instead, such as mathematical abilities or confidence. Take confidence, for example. A 2016 study found that when controlling for different levels of ‘maths confidence’, gender differences on the CRT disappear. The researchers conclude that “men perform better on the CRT because they are more confident in their quantitative abilities”.

This fits with the wider picture given by research on confidence, which suggests that women tend to have lower levels of self-confidence than men. Confidence helps in Philosophy: exude conviction as you argue for your conclusion and ‘bat away’ your opponents, and you’re more likely to convince people. (Check out the posts by Weinberg and Larvor on this subject.) Perhaps women’s poorer performance on the CRT tracks their high anxiety and low confidence, and these traits affect their levels of participation in Philosophy?

Is the trait tracked by the CRT something we should value in philosophers?

Whatever the CRT tracks, this is something that women tend to have less of than men and philosophers tend to have in abundance. So, we can raise a second question asking why we should think that the CRT tracks something that we should value in philosophers. The Livengood study measured who philosophers are, not who they should be. The fact that some norm exists amongst philosophers does not, in itself, tell us that this trait is an asset to philosophizing. Imagine that there was evidence suggesting that philosophers are more likely to exhibit social awkwardness than non-philosophers (hard, I know!). It would be wrong to conclude from this that social awkwardness is part of the ideal philosophical personality! This trait is irrelevant (or even detrimental) to good philosophizing.

However, we probably shouldn’t press too hard with the idea that there is nothing of value in what is tested by the CRT: the person who does badly in the CRT gets the wrong answers, and philosophers are after right answers!

How important is this trait to good philosophizing?

So, as a third response, we might concede that the CRT tracks something of value, but argue that it is only one small part of the skills that contribute to good philosophizing. Imagine a test used to assess physical fitness for the military that has press-ups as the key element. Since women tend to have lower levels of arm strength than men, they might find it harder to pass this test. But it would be wrong to conclude that the women who fail this test are ‘physically unfit’, for arm strength is just one small part of physical fitness. In the same way, we might allow that the CRT tracks one aspect of rationality that women tend to have less of, but without drawing any conclusions about overall levels of rationality. Given the precise nature of the CRT questions, set against the range of virtues and skills that we might plausibly postulate as part of the ideal philosophical personality, we probably need not hang too much on whatever the CRT tracks.

How should we understand the causal story?

Lastly, even if we were to accept that women tend to lack some trait that is important for good philosophizing, this doesn’t mean we should shrug our shoulders and accept that there’s a natural imbalance in Philosophy that will always be present. Other factors will also contribute—perhaps sexist hiring practices, or negative stereotypes—leading to the ‘perfect storm’ that is the large gender imbalance. And it seems likely that if we altered some of these other factors, this would affect the CRT factor too.

Take as an example a stereotype designating women as ‘intuitive and illogical’. This stereotype might make women less likely to imagine themselves as philosophers, directly contributing to women leaving the discipline. But the stereotype might also contribute by a more indirect route. It might, for example, have the effect that adults are less likely to give girls toys that develop logic, with the consequence that girls have fewer opportunities to develop skills at whatever the CRT tracks.

If this were the case, women’s poorer performance on the CRT is indicative not of an innate difference in aptitude, but of contingent structural norms and cultural practices that would lessen or disappear in a fairer, more equal society. This suggests far more wide-reaching action is needed than simply making changes within the discipline of Philosophy. It points to the need for continued action to rectify entrenched structural injustices.

I conclude that the factor(s) underlying the gender gap in the CRT might have some explanatory power for the gender gap in Philosophy—but that will be one part of a bigger story. Importantly, even if the Quick Conclusion were true, it wouldn’t exonerate Philosophy departments of the need to put in place much-needed strategies for promoting gender diversity. Rather, we should continue to look at what obstacles are present to women’s participation in Philosophy. Even simple interventions, such as giving more explicit encouragement to undergraduates or emphasizing the importance of effort rather than ‘brilliance’, might partially stem the flow out of Philosophy’s leaky pipeline.