There are new findings on the presence of women in academic philosophy journals:

These are among the conclusions reported in “New data on the representation of women in philosophy journals: 2004–2015” by Isaac Wilhelm (Rutgers), Sherri Lynn Conklin (UC Santa Barbara), and Nicole Hassoun (Binghamton), forthcoming in Philosophical Studies.

Here is a figure from the article listing the journals included in the study and showing the percentage of contributions by women authors: 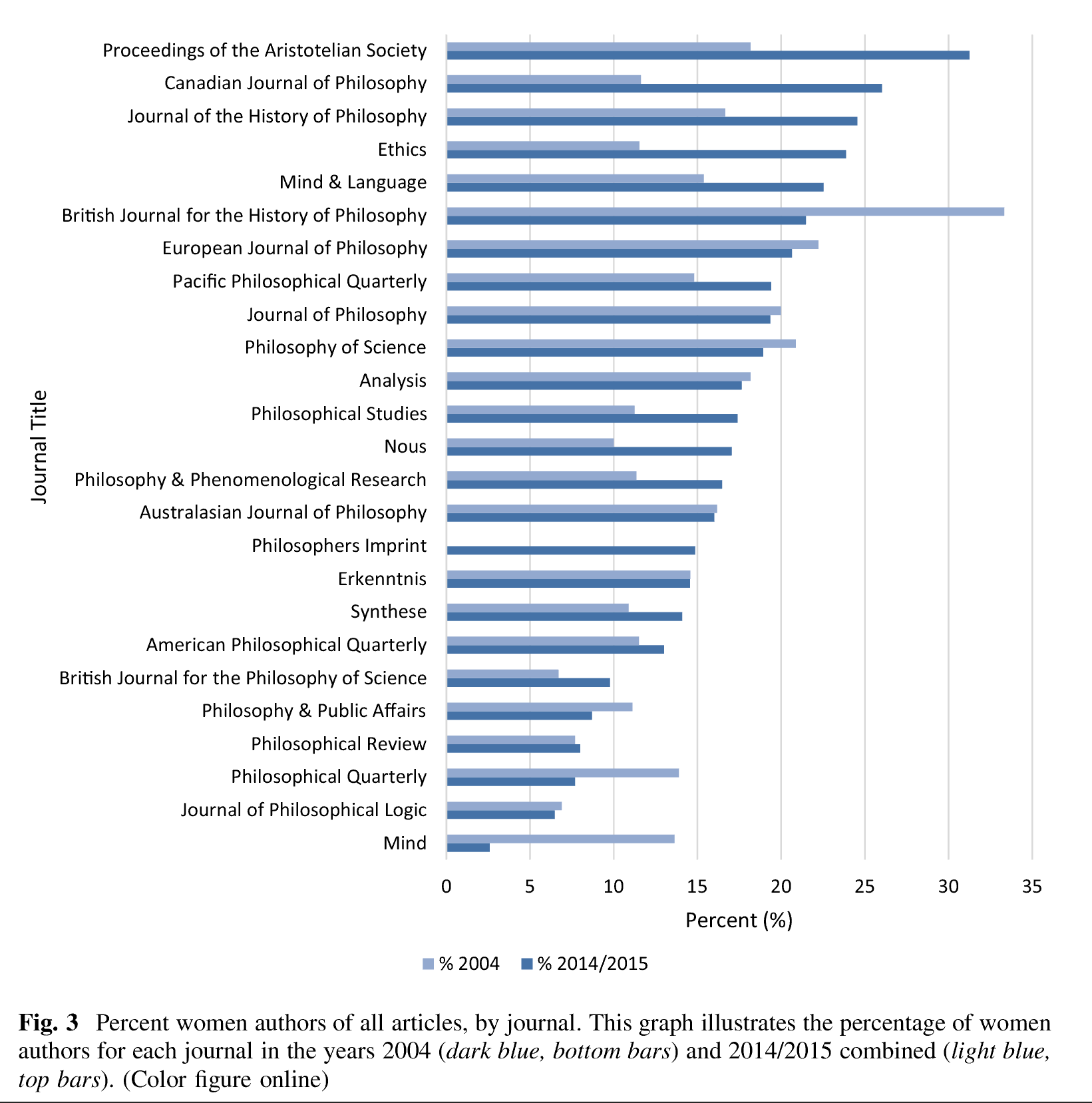 The next graph shows the discrepancy in subfields between the percentage of women working in them and the percentage of journal articles by women in them (note: if you are having trouble seeing the entire image, you should be able to click on it to open it in its own tab): 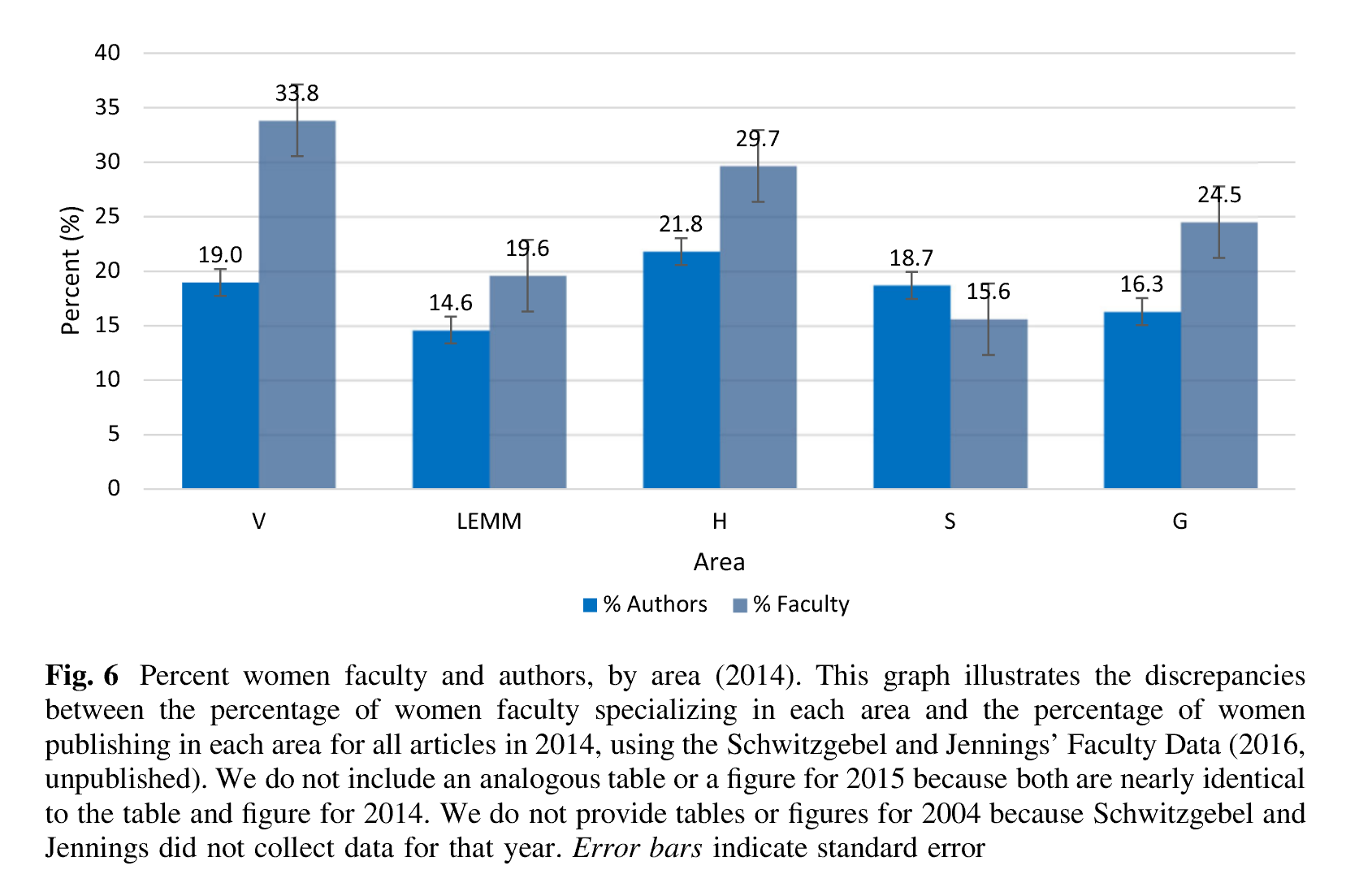 The following shows how the numbers change according to the type of reviewing to which the papers are subject: 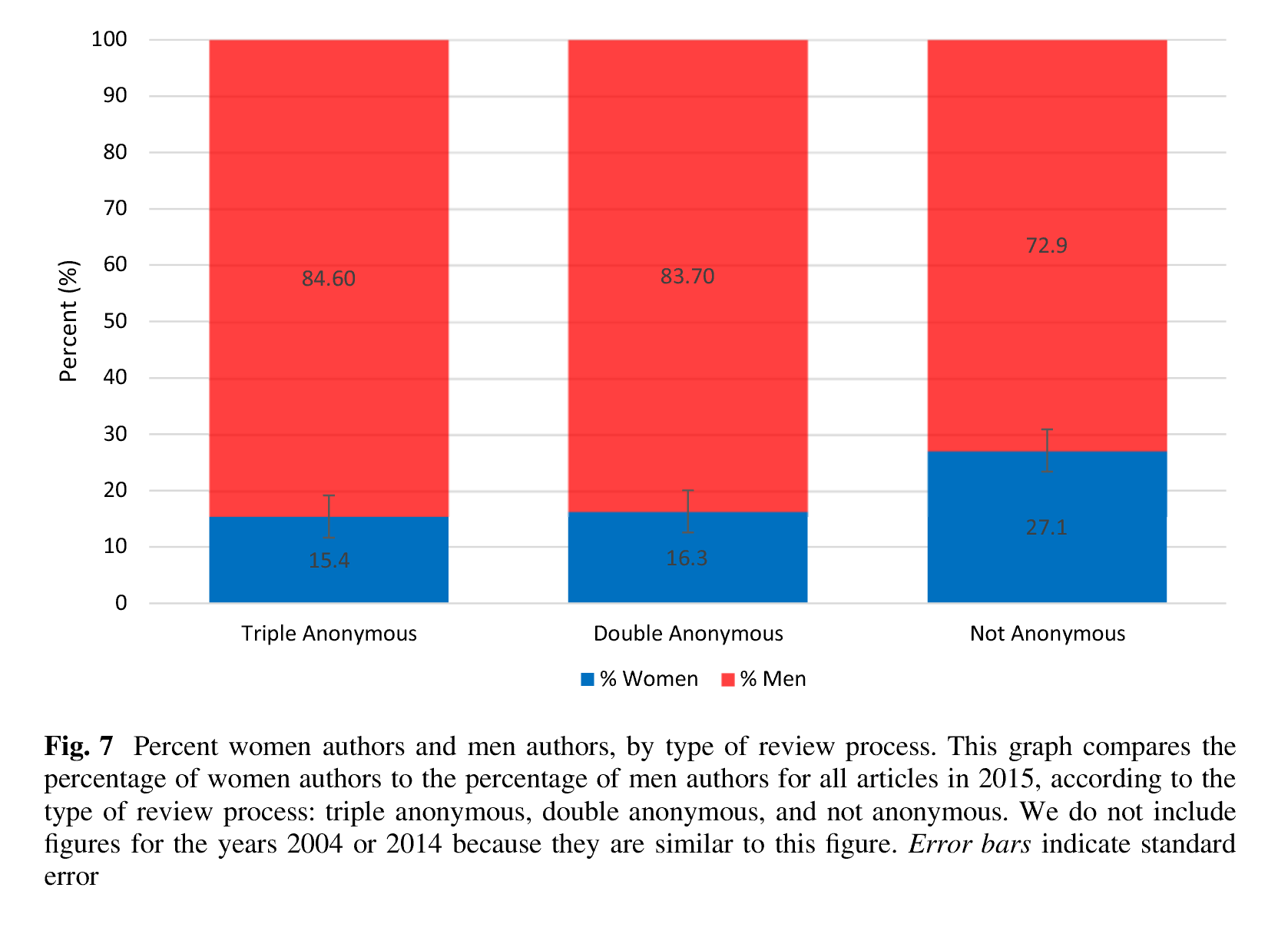 About their primary findings, the authors write:
This discrepancy between the percentage of female faculty and the percentage of articles published by women represents another dimension in the gender disparity that permeates academic philosophy, one that has not yet been appreciated. Women are seriously underrepresented in philosophy journals, and this may explain why there are fewer women in the ﬁeld as one ascends the hierarchy, both in terms of faculty rank and in terms of program reputation.
They also discuss some suggestions for reducing this discrepancy, including

One question not addressed in this research, but which I think would be useful to learn the answer to, is whether papers by women fare better in the reviewing process when anonymously reviewed by referees who are women than when anonymously reviewed by referees who are men. Looking into that question might tell us something interesting about gender and philosophical knowledge, and also let us know whether soliciting more women as referees could help address publishing disparities.