Joseph Biden has defeated Donald Trump in the 2020 presidential election. 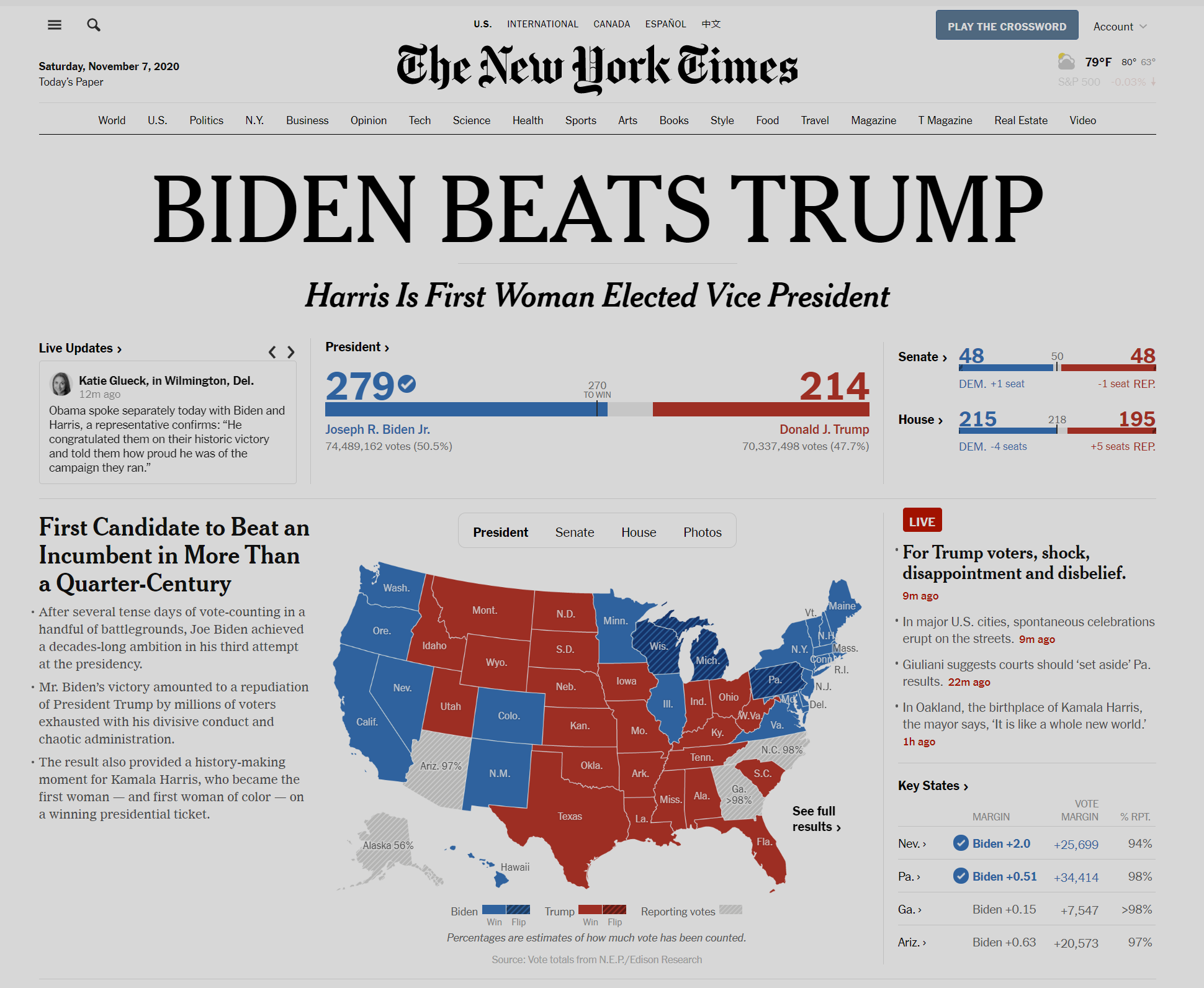 Thank you, fellow 75 million Americans who voted for Biden and Kamala Harris. Trump is [negative adjectives of your choice] and we are very fortunate to be removing him from the presidency. I shudder at what the country might have looked like with another four years of him at the helm—as it is we have much to repair and recover from.

Trump’s defeat is worth celebrating, and I hope you all* get to do a little bit of that this weekend.

Four years ago, when Trump won, I asked: “What should we do? By “we” here, I mean we in our capacity as members of the community of professional philosophers.”

This question remains a live one, and for many of the same reasons. Trump will not vanish from the political landscape, and neither will his followers. Over 70 million Americans voted for him—more than in 2016—and presumably many of these people did so because they like him or think he has been doing a good job, and not simply because they don’t like Biden or Harris or the Democratic Party.

In response to that question, I identified three elements of what came to be called “Trumpism” that I thought philosophers were particularly well-suited to address. They are still on the list:

1. Lack of respect for expertise. One glaring hallmark of Trump’s campaign is his apparent lack of respect for expertise, and the concomitant belief that the relevant questions are simple and their answers easy. The confidence with which he expressed his detail-less assurances that he could offer “tremendous” solutions to problems it was quite clear he did not understand ought to have been a bright warning sign. Philosophers are in the business of showing how the apparently simple is really quite complicated, once you think about it. This point is applicable across nearly every domain, especially governance and the various political, economic, and social challenges that governments address.

2. Inattention to sense. Is it that people don’t know when what they’re hearing doesn’t make sense? Or do they not care? Or do various cognitive biases interfere with people’s understanding of what makes sense? Yes, yes, and yes. Philosophers have long placed careful reasoning among their pedagogical goals. We need to do a better job of that, though. And we need to take up the task of motivating rationality. We academics—philosophers, especially—don’t generally need to be motivated to try to think rationally, but we are not normal. Additionally, we need to incorporate into our courses findings on the biases that interfere with proper reasoning, along with debiasing strategies.

3. Focus on the visible, rather than the important. Part of Trump’s success was owed to his ability to paint challenges as conflicts, and then foster solidarity with potential voters against their “enemies.” Yet the construal of these conflicts works by drawing attention to superficial and ultimately unimportant differences, and ignoring underlying and more important similarities. Insofar as philosophers teach others to look below the surface, and to not take things simply as they appear, they have a role to play in undermining some divisive appeals. Merely drawing attention to the pervasive role of chance or luck in everyone’s life can get students to be more thoughtful about the kinds of problems governments tend to address.

The intervening years have made clear that many other things need to be on such a list. I’ll mention one more,:

4. Constricted imagination. Much of the cruelty (racism, xenophobia, etc.,) Trump exemplified and encouraged seemed to be facilitated by a lack of thought about the question of what is it like to be (or be in the position of) the people who were the targets of that cruelty. Learning more about what the lives of others different from you are like, learning how to take those perspectives seriously, and learning about the epistemic hurdles we face in doing these things are undertakings philosophers and other academics can help with, with the goal that disputes involve more understanding and less dismissiveness.

I leave it to commenters to add other items to the list.

To be clear, the idea is not that better philosophical education will eliminate political disagreement. It won’t, and we shouldn’t want it to, anyway. Rather, the hope is that it will improve political disagreement, and get people to be more thoughtful. We have our classrooms, we have more opportunities for public-facing work and outreach than ever before, and now we have one less obstacle. Let’s get back to it.

But let’s raise a glass first.

* Yes I know some readers of this post will have voted for Trump. Perhaps they can be happy to be rid of a certain degree of non-partisan problems Trump exemplified.

P.S. Look for a “Philosophers On” post about the election this coming week. Here’e the one from 2016.