whenever an executive department or agency (agency) publicly proposes for notice and comment or otherwise promulgates a new regulation, it shall identify at least two existing regulations to be repealed.

I predict that applied mereology will be the hot area to hire in philosophy next year.

This “one for two” clause and an expenditure cap were the key features of an executive order that is only one recent example of the multifacted non-partisan horribleness of the Trump administration.

At the signing, Trump is reported to have said, “So if there’s a new regulation, they have to knock out two.” One wonders if Trump read the text of his own order, which only asks agencies to “identify regulations to be repealed,” not to actually eliminate them. It also does not specify that the agency pushing for a new regulation must identify two of its “own” regulations for possible elimination. Perhaps the Environmental Protection Agency could propose a new regulation and suggest that the Department of Homeland Security drop two. And then there’s the question of why number of regulations is the relevant metric.

Various experts describe the proposal as “nonsensical,” “absurd,” “likely illegal,” “amazingly ham-handed,” as well as “arbitrary,” “not implementable,”—a proposal which is “only going to create more and more confusion within agencies—and produce more and more lawsuits.”

Like many people, I have objections to the substance of many of the policy ideas of Trump, those working for him, and those pulling his strings.

But those who care about the future of our country and the world should not neglect to emphasize those characteristics of Trump and his actions and approach to the presidency that virtually no one, regardless of political persuasion, finds acceptable in a president. These include his: disregard for the rule of law, unwillingness to avoid significant conflicts of interest, lack of respect for expertise, constant and blatant lying, ignorance of the Constitution and central aspects of U.S. law, little understanding of governance, insensitivity to the wisdom embedded in long-standing practices, intemperateness, inability to accept criticism or dissent, and embarrassingly limited vocabulary and expressive capacity. (Additionally, concerns have been raised about Trump’s mental health and resultant suitability for president; I find such concerns plausible, but as far as I know there has been no proper diagnosis by the relevant professionals, just speculations from a distance.)

There have been suggestions that Trump, or his chief advisor, Steve Bannon, are political geniuses sowing discord with head fakes and “shock events” that are supposed to distract us from more important issues. This idea seems especially popular among academics. Smart people are quick to attribute the success of their opponents to intelligence, as if it would be impossible to be defeated by idiocy. If only!

While Trump and Bannon aren’t stupid, I don’t think we have much reason to believe that they are masterful Machiavellian architects of purposive chaos. For instance, it is not as if our protesting at airports got in the way of our noticing, say, their nefarious restructuring of the National Security Council.

While I doubt they’re geniuses, there’s no doubt they are ambitious, with a confidence unhindered by the moral and intellectual questions that slow down the more thoughtful and conscientious. That ambition and confidence will help them push their agenda forward. With luck, it will continue to push them to act in ways that people from all over the political map find outrageous—too outrageous to tolerate, so we can  be done with them sooner rather than later. 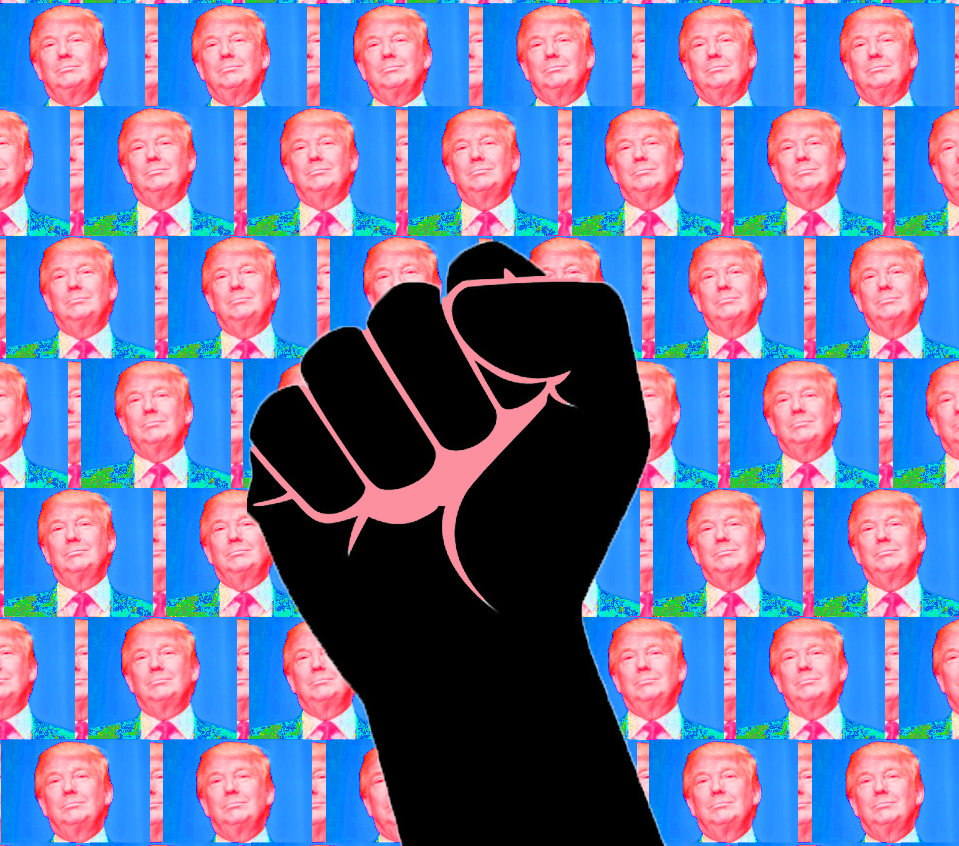 I’m afraid that you’re much too optimistic when you list the “characteristics of Trump and his actions and approach to the presidency that virtually no one, regardless of political persuasion, finds acceptable in a president.”
I don’t want to overstate this, as Trump’s approval ratings are extremely low for a president at the start of his rule. But lots and lots of people find those characteristics acceptable, as long as we describe them slightly differently.
For instance, “disregard for the rule of law” and “ignorance of the Constitution and central aspects of U.S. law” really are a refreshing outsider approach to governance, cutting through the usual insider BS in order to Get Things Done. Likewise, ” lack of respect for expertise,” “insensitivity to the wisdom embedded in long-standing practices,” and “embarrassingly limited vocabulary and expressive capacity” are better viewed as showing how Trump isn’t one of those out of touch elites who thinks they know best: he stands with The People, is willing to horrify those delicate Washington Insiders in order to make real change, and speaks he mind bluntly and simply, without fancy phrases or any regard for politically correct BS. Finally, what you call “intemperateness” and “inability to accept criticism or dissent” are actually expressions of Trump’s decisiveness and strength, to call people out when they disrespect him.Report

Supposedly Canada has been doing a one-for-one rule like this for a while. I don’t know how well it works there, though.

“.. it is not as if our protesting at airports got in the way of our noticing, say, their nefarious restructuring of the National Security Council…”

Is that really true? It seems to me that the (justifiable) clamor surrounding the immigration order has in fact drowned out conversation about the NSC. I grant that it hasn’t been completely ignored — there are a number of good pieces on the issue. But if my facebook feed and blogosphere reading is representative, people are (justifiably!) so wrapped up in the immigration order that they aren’t giving the NSC changes the attention they deserve.Report

Justin quite rightly points out, “But those who care about the future of our country and the world should not neglect to emphasize those characteristics of Trump and his actions and approach to the presidency that virtually no one, regardless of political persuasion, finds acceptable in a president.” After all, firm liberals already oppose Trump and his actions. It is the people that might be tempted to vote for or support Trump that we need to be communicating with. In working towards this goal, we not only need to consider our content, as Justin suggests, but our venues. Traditionally, professional philosophers just talk to one another (while preaching to the converted on the major political issues of the day).Report