Plausible answers as to the nature of our mission as philosophy educators gives us no unique reason to focus on logic as the mathematical tool of interest to philosophers.

The following is a guest post* by Liam Kofi Bright (London School of Economics) about the justifications philosophers offer for requiring their students to have instruction in logic, over other formal methods, and about his role facilitating worldwide participation in an upcoming event on this topic. 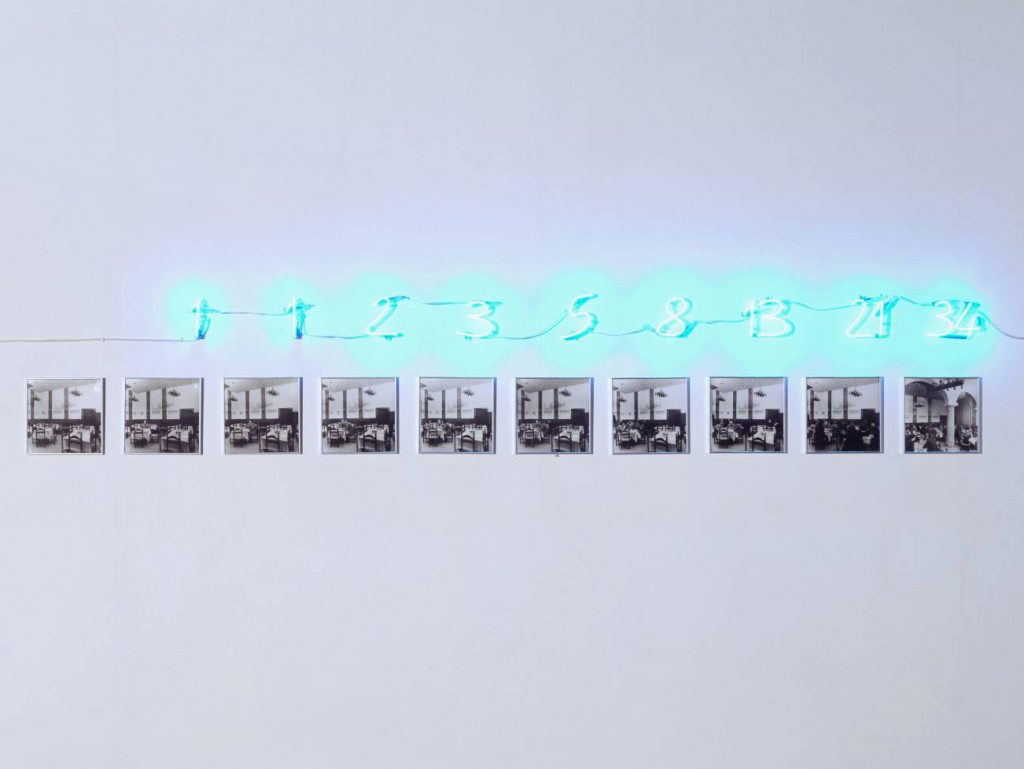 Mario Merz, Untitled (A Real Sum is a Sum of People)

Every year a great many philosophy departments force both graduate and undergraduate students to learn at least some mathematical logic. For these departments, some basic ability to deploy mathematical reasoning is part of the normatively expected skill set of the philosopher. What is more, we do not tend to insist on knowledge of other formal theories in the same way—logic is picked out as an especially relevant branch of mathematics. Why is that? There are two things I want to suggest about this. First, the justifications I have heard of for this would mandate making instruction in other formal tools or theories besides just logic obligatory. Second, the available justifications for this reflect deep and abiding disagreements concerning what constitutes good philosophy.

The first and most frequent justification one hears for our logic teaching is that we are bound to carry on the philosophical tradition wherein logic has played a big role. What’s more, given the realities of bureaucratic institutional inertia, probably this tradition does indeed have an outsized causal role in ensuring logic still gets taught. It is certainly true that logic has a long and storied history in philosophy, with logical traditions found not just among the Aristotelians and the Stoics but also sophisticated theories of argumentation developed in classical Indian and ancient Mohist philosophy.

However, the philosophical tradition also contains much reasoning in and about geometry (at least since the Meno!) and—since developments in early modern European philosophy—has contained plenty of probabilistic theorizing, too. If we are willing to bring the boundaries of the tradition closer to the present, then at least in the analytic tradition one may say that decision theory can fairly be traced back to pioneers of that tradition. Even setting that aside, if we assume that Plato and Pascal are firmly established in the philosophical tradition, it is not obvious that logic should get pride of place above these other mathematical fields. At the least, our focus on teaching logic as the one expected formal field of training in philosophy represents an elevation of some aspects of our tradition over others, and we might reasonably wonder why this is.

Another argument one often hears is that logic is an unusually useful field. Sometimes the claim is that logic is marketable in some broad sense: it looks good to employers, or draws in students from other departments, or trains people to recognize fallacies and so makes them better citizens. But sometimes the claim is that it is useful to philosophy more particularly: in philosophy we must offer arguments, and logic trains the mind to do this well.

With all such purported pragmatic benefits of logic, I see them more often asserted than proven; but even setting that aside, it is not clear why an emphasis on usefulness picks out logic in particular, for either philosophical specifically or broader marketability. Actual arguments one encounters in both philosophy and broader life, and the sort of mathematical skills which it is useful to have both as citizen and employee, are frequently probabilistic or inductive rather than strictly deductive. It is very rare thing indeed that philosophers establish arguments which are sufficiently complex that formal logical training might be useful for understanding them, yet which at the same time even purport to be deductively valid arguments. Much more often we are in the business of offering suggestive considerations, or amalgamating assorted facts which together render plausible one’s conclusion. These are more naturally read as probabilistic or inductive arguments than deductive ones, and where they suggest some practical course of action they are perhaps most naturally analyzed with the tools of decision theory. In life beyond academic philosophy, it will frequently be claims couched in statistical garb that one will encounter in the newspapers and the workplace. If we want to help students understand and construct the sort of arguments we actually make and encounter, they need to know more than just deductive logic.

Finally, people sometimes pick out logic as being especially generative of deep philosophical issues. It connects up naturally to questions about the nature of truth and rationality, for instance, as well as coming with a host of paradoxes to sink one’s teeth into. While there might inevitably be a subjective element to such judgments of interestingness, it is once again not clear that logic is alone in this. Probability theory may claim a similar intellectual worthiness, given the connection to deep philosophical questions mentioned above, and has its own paradoxes (e.g.) to play around with.

What is more, on reflection each of these answers hooks up rather naturally to a theory of what it is we are trying to do as philosophy educators. Maybe you think we are custodians of a tradition seeking to pass on knowledge of a canon; in that case, logic’s place in the tradition will seem salient to you. Or if what you instead think we do is provide people with intellectual tools, the utility of logic will seem the more natural thing to emphasize. Or finally maybe you think we are just folk with some interesting or deep issues that we can encourage students to think through and maybe even point towards good answers thereto. Then logic being a source of such questions will be what one wishes to highlight. Of course there is no suggestion that these are exhaustive options; I only wish to point out that these are not merely ad hoc claims about what we might do with logic. They tie in to deep theories about what it is we are doing in philosophy. Hence it seems that some plausible answers as to the nature of our mission as philosophy educators gives us no unique reason to focus on logic as the mathematical tool of interest to philosophers.

These are only hastily sketched answers to some difficult questions about the place and role of formal methods in philosophy. What raised them to salience for me is an upcoming event. Samuel C. Fletcher (University of Minnesota) has organized a two-day workshop that will “bring together diverse philosophers into conversation about the present and future status of formal and mathematical methods in philosophy, their institutionalization in graduate (and undergraduate) pedagogy, and how these changes now reflect and will engender evolving relationships between philosophy and other disciplines”.  You can check out the details here.

At this workshop, which begins tomorrow, September 20th, participants will be going into far greater depth about what it is we hope to achieve with formal methods and what their role is or should be in philosophy. My part in all this will be to play the hype man, with live tweets on my feed and retrospective blog posts to continue the discussion. In fact, my hope is that if anybody finds the topics interesting as I live tweet them, they can suggest questions to me on Twitter that I will ask the speaker and on which they can give real-time feedback! So if you would like to know just why it is we teach logic, and whether we ought perhaps to update or augment this focus with other formal tools, then I hope you will join in the conversation over the next few days, and check out the forthcoming blog posts.