“Possibly—the great schism would never have set in at all, had RG Collingwood, one of the most remarkable, open and eclectic minds of the 20th century, not died prematurely in 1943.”

That’s philosopher Ray Monk (emeritus at Southhampton) writing in Prospect Magazine about the analytic-Continental divide in philosophy. According to Monk, R.G. Collingwood’s early death led to his being replaced as Waynflete Professor of Metaphysics at Oxford by Gilbert Ryle, a “deep but curiously narrow thinker” who “used this lofty position to remake the British discipline in his own image.” 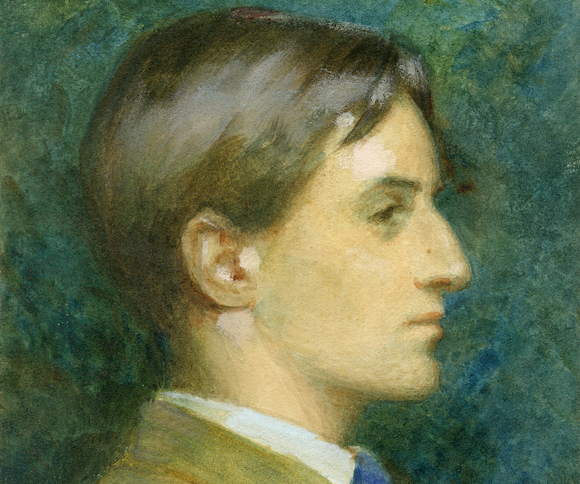 Monk notes that “no one has come up with a satisfactory way of drawing the line” between analytic and Continental philosophy. He adds:

Broadly speaking, however, one can say that the continental school has its roots in the phenomenology of Edmund Husserl, and encompasses a range of diverse traditions, including the existentialism of Jean-Paul Sartre, the structuralism of Ferdinand de Saussure, the postmodernism of Jean-François Lyotard and the deconstructionism of Jacques Derrida. The analytic school, meanwhile, has its roots in the work of Gottlob Frege, Bertrand Russell and Ludwig Wittgenstein and has been until fairly recently much more narrowly focused, concentrating mainly on logic and language. The divide is certainly strange and arguably arbitrary, but it none the less cut deep. For decades, it was possible to do a degree in philosophy at a major university in the UK or the US without once encountering any of the continental philosophers mentioned. This splintering of the discipline would have appalled many philosophical greats from earlier ages.

As Bill Blattner remarks, “The so-called Continental-analytic division within philosophy is not a philosophical distinction; it’s a sociological one. It is the product of historical accident.”

Monk fills us in on one part of the story of this “historical accident.” In 1928, Ryle reviewed Heidegger’s Being and Time “with respect (even if with robust dissent)”. But over the next 30 years, Ryle became increasingly hostile towards the kinds of philosophy that came to be called “Continental.”

Things came to a head in 1958, at Royaumont in France. A conference had been held here to connect a group of continental philosophers (mostly French phenomenologists) and their Oxford counterparts, with the aim of bridging the gap between their two schools. But, as if determined instead to reinforce it, Ryle gave a paper called “Phenomenology versus ‘The Concept of Mind,’” the latter being the title of his most famous book. That “versus” captured his pugnacious mood. In this paper, Ryle outlined what he regarded as the superiority of British (“Anglo-Saxon,” as he put it) analytic philosophers over their continental counterparts, and dismissed Husserl’s phenomenology as an attempt to “puff philosophy up into the Science of the sciences.” British philosophers were not tempted to such delusions of grandeur, he suggested, because of the Oxbridge rituals of High Table: “I guess that our thinkers have been immunised against the idea of philosophy as the Mistress Science by the fact that their daily lives in Cambridge and Oxford colleges have kept them in personal contact with real scientists. Claims to Führership vanish when postprandial joking begins. Husserl wrote as if he had never met a scientist—or a joke.”

Ryle believed “that he and his colleagues were doing philosophy in a way that broke sharply both with philosophers of the past, and with those from other countries. Their way was the better way, and philosophy from earlier times and other places wasn’t really worth bothering with.” His position afforded him great power to shape philosophy in Britain:

As the editor of Mind, then as now the British discipline’s most prestigious journal, from 1947 to 1971, Ryle could strongly influence, and sometimes dictate, what subjects British philosophers discussed and how they discussed them. Moreover, as the accepted leader of philosophy at Oxford, he was able to exert a personal influence on a good proportion of the philosophers who staffed the philosophy departments in the fast-growing number of post-war universities.

Ryle’s style contrasted to the broad curiosity of his predecessor, Collingwood, whose “personality, attitudes and approach to philosophy can be best understood as the opposite of Ryle’s.”

One can see from Monk’s description of Collingwood’s approach to philosophy how it differed from that of early analytics:

To understand a work of art, a person, a historical epoch or a religion is, so to speak, to “get inside its mind,” to see the world through the eyes of people using a different set of presuppositions to our own. If we try to understand others using only our own presuppositions, we will always fail. Historical understanding, for example, “is the attempt to discover the corresponding presuppositions of other peoples and other times.”… For Collingwood then, unlike philosophers in the Ryle mould, imagination and empathy play a crucial role in understanding. And here, perhaps, we have a tantalising glimpse of how British philosophy might have developed differently had Collingwood not died so early and if he had had the sort of influence that Ryle acquired. Certainly, it is impossible to imagine such an open and restlessly questioning mind giving the sort of dismissive paper that Ryle did at Royaumont.

Monk provides quite a bit more detail in the article, making plausible his claim that “the question of what course post-war philosophy in Britain might have taken if Collingwood had not succumbed to a series of strokes at this relatively early age must rank as one of the great ‘what ifs’ of intellectual history.” You can read the whole thing here.

Related: How Journal Capture Led to the Dominance of Analytic Philosophy in the U.S., Quality Control, Methodological Bias, and Persistent Disagreement in Philosophy, The NSF and the Rise of Value-Free Philosophies of Science