Why were social, moral and political issues relatively neglected in philosophy of science during the 20th Century? Joel Katzav (Queensland) and Krist Vaesen (Eindhoven) continue their investigation of the institutional and sociological influences on the history and development of analytic philosophy in the following guest post.* 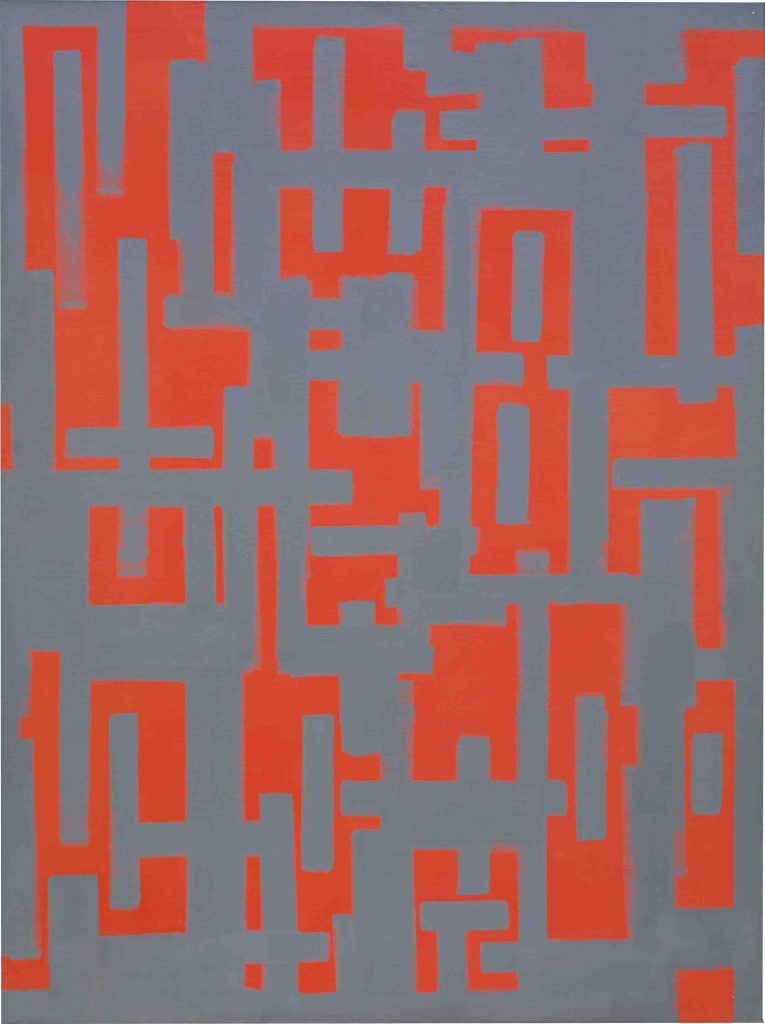 G.E. Moore by and large excluded philosophical psychology and work sympathetic to Neo-Hegelian idealism from Mind roughly in 1926, not long after he became the journal’s editor. In roughly 1948, analytic editors took over The Philosophical Review and turned it from a journal that was open to diverse approaches to philosophy into one that was basically only open to analytic philosophy. A similar, though slightly more complex story took place in The Journal of Philosophy just over a decade later. In these three cases, the primary form of philosophy excluded from publication was distinguished from analytic philosophy of the time by being speculative, that is, very roughly, by tending to make substantive claims about the world that are epistemically independent of established belief, including commonsense and science. Marginalized speculative work included Neo-Hegelian idealism, classical pragmatism, speculative phenomenology and existentialism, process philosophy and approaches to philosophy that grew out of these more familiar ones. The story of marginalization also occurred at other journals (e.g., at The Philosophical Quarterly in the late 1950s and at Philosophy and Phenomenological Research in 1980) and was supplemented by the creation of analytic only journals (e.g., Analysis, Philosophical Studies and Noûs). If one looks at which journals were affected by these sectarian practices, one will find a very familiar set of journals; it is roughly the set of the journals that are the most prestigious journals in philosophy today.

In our more recent paper, we provide evidence for thinking that a similar kind of marginalization occurred at the level of one of Anglo-American philosophy’s sub-fields, namely the philosophy of science.

The post-WWII years saw the growth of U.S. government funding of science, including the growth of financial support for the sciences by the National Science Foundation (NSF). The first-half of the 1950s saw political pressure, partly associated with McCarthyism, that meant there was hesitation to extend NSF funding to the social sciences. In the second half of the 1950s, however, these sciences acquired their own NSF program. The program included the sub-program “History and Philosophy of Science” (HPS). Philosophy of science, too, was in the money.

The allocation of NSF funds, together with the contemporaneous exclusion of value-laden approaches from the pages of Philosophy of Science (see here) and of pragmatism from The Journal of Philosophy (see here), contributed considerably to philosophy of science’s withdrawal from social concerns. Interestingly, some of the figures involved in marginalizing non-analytic work at The Philosophical Review and The Journal of Philosophy, namely Max Black and Sydney Morgenbesser, were also involved in what occurred at the NSF.

That said, the pattern of marginalization in the philosophy of science had its own distinct characteristics. For example, NSF funding did not go to philosophy of science that had an historical dimension. While this fits what we find in, say, Mind at the time, it does not fit what we find in The Philosophical Review, which did publish a substantial amount of historical work in the 1950s. At least part of the reason for the difference is plausibly that, on the one hand, the logical empiricists at the NSF, like the then editor of Mind, Gilbert Ryle, had little sympathy for history informed philosophy while, on the other hand, one of those who was an editor at The Philosophical Review when it decided it would no longer publish speculative philosophy, namely Gregory Vlastos, was an historian of philosophy. A deeper explanation for the difference is that what drove the sectarian practices of analytic philosophy was the opposition to speculative philosophy. Beyond this, there was some room for the opinions of influential individuals to decide for themselves what kind of philosophy would be tolerated. Philosophy of science, as it happens, was under the strong influence of individuals with a particularly narrow view of their specialization.

“Gilbert Ryle, had little sympathy for history informed philosophy…” Not sure what you so much as could mean by this claim. Ryle published in the history of philosophy even on relatively obscure topics such as his paper on De natura mundi et animae attributed to Timaeus Locri. Moreover, his own philosophical work shows signs of historical influence.Think of the awkward behaviourist interpretation of The Concept of Mind. The difficulties of that reading are avoided if we read him as an Aristotelian, albeit an Aristotelian filtered through the insights of Cook Wilson. The rhetoric of marginalisation and sectarian influence ironically itself marginalises the real historical interests of many early analytic philosophers. Thus in the UK, as Ackrill’s introduction to his collected papers reveal, the experience of being taught Greats fed into the practice of ordinary language philosophy. An interest in and the influence of history can be found as well in the work of many of the positiivists. Carnap was influenced by a reading of Kant, Popper thought hard about Parmenides, I could go on.Report

Still on Ryle: his work on ‘knowing how and knowing that’, which has received much admiring discussion in recent years, draws on a distinction quite systematically explored by Dewey, and yet to my knowledge not once does Ryle mention Dewey or acknowledge his decades of relevant work. What gives?Report

Hear hear. As in I would like to hear a reply to this.Report

My response to Mark (which I mistakenly posted in the next thread) is relevant here. More directly, Ryle’s failing to mention Dewey’s work fits well with the treatment classical pragmatists were receiving in the 1950s. For example, work sympathetic to Dewey was a significant portion of what was excluded from the Journal of Philosophy towards the end of the 1950s. Explicit sympathy for Dewey was probably just bad for one’s career. Partly as a result of the sectarian attitudes of Ryle and others, many distinctions and positions developed by classical pragmatists and other American philosophers during the first few decades of the twentieth-century came to be associated with analytic philosophers.Report

With regard to the claim that ‘It does seem that philosophy of science was following the same pattern found elsewhere in British and American philosophy.’ I was wondering if there has been any similar systematic study of funding patterns and editorial attitudes within UK-based philosophy of science over the same period? Of course the NSF would have had some impact, given that funded folk from the US also submitted to the BJPS, but is there any similar evidence of the exclusion of value-laden or historically oriented philosophy from its pages? Asking for a friend!

(I am genuinely interested in shifting editorial attitudes in general and specifically how what we now see as ‘classic’ debates in the history of the philosophy of science are (or are not) reflected in what was published in various journals, including the BJPS.)Report

There hasn’t been a study of UK-based philosophy of science, but we looked at the early years of BJPS enough to see that value-laden philosophy of science and classical pragmatism did not have an important place in it then. Ratio, which was founded in 1957 and published quite a bit of philosophy of science in its first years, was (roughly) opposed to speculative philosophy and dedicated to critical philosophy (in a Kantian sense of the term). My guess about the explanation for the contents of these journals is that, in part, it was due to the absence of a substantial pragmatist presence in the UK. In addition, in the case of Ratio, Popper’s friend Kraft, rather than a logical positivist, was influential in determining journal contents. In the case of BJPS, J. O. Wisdom (the brother of the famous ordinary language philosopher) becomes acting editor in 1954. Wisdom did not like speculative philosophy, but his reasons for this were psychoanalytic rather than just analytic.

The contents of BJPS also nicely fit with the statement of purpose of the Philosophy of Science Group of the British Society for the History of Science (of which BJPS was an organ), which specifies a focus on the logic and methodology of science.

Thanks Joel – that certainly does.
Of particular interest to me (but I suspect only me) is whether there was any shift in attitude under Mary Hesse’s editorship. But thats a conversation for another day!Report

An addition to what Joel posted. With respect to funding, the predecessor of the AHRC (i.e., the Arts and Humanities Research Board) was established only in 1998. Another source of funding might have been the British Academy. But BA’s funding decisions are not, as far as we could check, accessible online.Report

Katzav and Vaesen’s valuable work shows that journal capture operated similarly across the English-speaking world. Department capture, by contrast, seems to have taken special form in the United States. In Britain, philosophy departments were largely in the hands of the British Neo-Hegelians, who were neither British, nor new, nor Hegelian; the whole approach was philosophically suspect enough that the battle could be waged as one of ideas. In the United States, as I document in my recent “The Philosophy Scare” (Chicago 2016), departments had to be captured from Pragmatists, who were a tough-minded lot and—in those days—highly socially engaged. Fortunately for their opponents, many postwar Pragmatists were also public atheists, so from early on in the McCarthy Era, religious forces mobilized against them; I document one case of this, at UCLA. So in the US, department capture was facilitated by outside political forces operating in the name of religion. I don’t know much about the UK, but am unaware of any parallel to this.Report

Green, Bradley, Bosanquet, McTaggart, Joachim, Mure …. no, not a Britisher among them.Report