Well-known philosopher John Searle, who began teaching at the University of California, Berkeley in 1959, has been stripped of his emeritus status there owing to the finding that he violated the university’s sexual harassment policies. 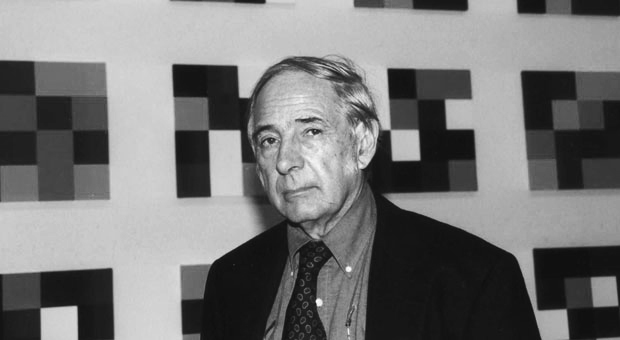 A recent email to graduate students in Berkeley’s Department of Philosophy states:

[A]s of June 19th 2019, John Searle is no longer affiliated with UC Berkeley. Following a determination that he violated university policies against sexual harassment, President Napolitano has ended his emeritus status. This means, among other things, that he is no longer eligible to teach or advise students, nor will he have access to the campus beyond what is afforded to any member of the general public.

It is not clear whether this determination is related to the 2017 lawsuit or some other instance(s) of sexual harassment. [Added: see the update, below, according to which: “Campus disciplinary proceedings determined that Searle engaged in sexual harassment and retaliation against a former student and employee who worked with him in his campus office after graduating. These violations occurred between July and September of 2016 and were reported to the campus Office for the Prevention of Harassment and Discrimination (OPHD)—the Title IX office—in November 2016.” So it appears to be about this case.]

John Searle, formerly a professor emeritus in UC Berkeley’s Department of Philosophy, has had his emeritus status revoked, along with all the privileges of that title, following a determination that he violated university policies against sexual harassment and retaliation.

This action permanently removes him from the university community. He will not be eligible to teach, work with graduate students, maintain office space or have special access to campus libraries, parking, etc. His access to the campus will be no different than those of any member of the general public.

Campus disciplinary proceedings determined that Searle engaged in sexual harassment and retaliation against a former student and employee who worked with him in his campus office after graduating. These violations occurred between July and September of 2016 and were reported to the campus Office for the Prevention of Harassment and Discrimination (OPHD)—the Title IX office—in November 2016.

Only the president of the University of California can approve the removal of a faculty member’s emeritus title and privileges following the full disciplinary process. UC Berkeley Chancellor Carol Christ made the recommendation for removal and UC President Janet Napolitano approved the recommendation, which was effective June 19.

The action follows a finding by the campus Title IX Office that Searle violated university policy. Ultimately the case proceeded to a confidential evidentiary hearing before the Privilege & Tenure Committee of the Berkeley Division of the Academic Senate. The Chancellor reviewed the committee’s findings and documents pertinent to the case in making her recommendation to the UC President.

During the investigation and disciplinary process, a number of interim steps were taken in light of the disturbing nature of the allegations at the time and the seriousness of those allegations. Throughout the disciplinary proceedings, Searle was not teaching, or advising Berkeley students. He did not engage in recruiting or hiring university employees, was barred from participating in departmental activities while the case was pending, and did not maintain an office on campus. None of these interim measures implied any judgment about the ultimate outcome of the investigation but were taken as precautionary measures.

The disciplinary decision announced today means that Searle permanently loses the title and all privileges that may come with emeritus status. Under University policy, the only disciplinary action that may be taken against an emeritus professor (i.e.,  a retired professor), is temporary or permanent removal of the emeritus title and corresponding privileges.

Emeritus status is automatically conferred on tenured Senate faculty members upon retirement and can include numerous privileges, including that the title itself carries the prestige of continued association with the university. Emeritus faculty also are sometimes recalled to teach  and, depending on the department, may be involved in department matters. More information on those privileges is available here: http://ofew.berkeley.edu/welfare/retirement/privileges-and-benefits-conferred-upon-all-emeriti.

Sexual harassment and retaliation have no place in the UC Berkeley Community. We understand that such actions have the potential to cause great harm and are fundamentally detrimental to our educational mission.  Over the past several years, the university has intensified and reformed its response to sexual misconduct, improved educational efforts aimed at faculty, staff and students; expanded its investigative capacity, and clarified the responsibilities of faculty and employees to forward reports of sexual violence to OPHD that are disclosed to them.

Once OPHD  is made aware of sexual harassment or sexual violence (SVSH) allegations, it reviews the matter to determine if the conduct could violate our SVSH policy. OPHD also reaches out to all identified parties to provide information on their rights and campus resources for support.

The campus works diligently to enhance support and services for those who  have experienced harm.  We encourage survivors to contact the campus’s PATH to Care  Center, which offers affirming and confidential support including guidance regarding other campus and community support services and reporting options.

If any member of our campus community has been directly or indirectly harmed by sexual harassment, intimate partner violence, stalking, or sexual violence, confidential support is available at the PATH to Care Center 24-Hour Crisis/Care Line: 510-643-2005 | Office appointments: 510-642-1988 | care.berkeley.edu). Please see http://survivorsupport.berkeley.edu/get-help for more information about campus resources.

UPDATE (6/24/19):  Kristin Gehrman (Tennesee, Knoxville), writes: “I don’t regret sticking my neck out back in 2004, and I definitely don’t regret doing it in public again now. But I did it for a very specific reason, which is that I firmly believe that professors, administrators, and others in positions of power in academia are responsible for creating INSTITUTIONAL barriers to the kinds of predatory, undermining, and alienating behavior that John Searle’s undergraduate research assistants have been subjected to for years and years.” See her full comments at PEA Soup.