John Searle, the Willis S. and Marion Slusser Professor Emeritus of the Philosophy of Mind and Language at the University of California, Berkeley, is being sued for sexual harassment, assault, and retaliation by a former female Berkeley undergraduate who worked for him as an assistant at the John Searle Center for Social Ontology.

The lawsuit was filed this past Tuesday, and seeks damages “for sexual harassment and assault as well as for wrongful termination and creation of a hostile work environment,” according to Buzzfeed.

The lawsuit, which lists Searle and the Regents of the University of California as defendants, claims Searle groped [the plaintiff] in his office after he told her “they were going to be lovers.” He also said he had an “emotional commitment to making her a public intellectual,” the complaint states, and that he was “going to love her for a long time.” [The plaintiff] turned Searle down and reported him to other UC Berkeley employees, but they did nothing, the complaint states. Instead, Searle cut [the plaintiff’s] salary and she was eventually fired, according to the complaint, which also claims Searle watched pornography at work and made sexist comments.

The harassment is alleged to have begun only a week into the student’s employment:

After a week of working together, Searle locked his office door and “went directly to [the plaintiff] to grope her,” according to the complaint, telling her they were “going to be lovers.” She rejected his proposal, and Searle apologized… When he left for vacation the following month, [the plaintiff] reported the assault to Hudin [the center’s director], the complaint states. Instead of reporting her allegations to upper management, “Hudin told [the plaintiff] that she would protect her from Searle’s advances” and said Searle “has had sexual relationships with his students and others in the past in exchange for academic, monetary, or other benefits,” the complaint states.

When Searle returned from vacation, the workplace became “increasingly hostile and awkward,” the complaint states, as he pretended nothing had happened. Searle cut [the plaintiff’s] salary in about half without explanation and continued to act inappropriately, according to the complaint. He openly watched pornography in front of her, the complaint states, and asked her to log into a “Sugar Baby, Sugar Daddy” website for him. The complaint says Searle also asked [the plaintiff] to read and respond to his university emails, such as “flirtatious” correspondence with young women, “including UC Berkeley students and foreign students from Europe” who wanted to be his research assistant — the position [the plaintiff] held.

When [the plaintiff] reported this to Hudin, Hudin said she would address the issue with Searle and other department heads, but later admitted she didn’t “out of respect and loyalty to Professor Searle because she needed to ‘protect him,’” the complaint states.

What did the university know? According to the Buzzfeed article,

In September 2016, BuzzFeed News requested information from UC Berkeley on sexual misconduct claims against Searle after receiving multiple tips claiming the university knew Searle had been repeatedly accused of improper behavior. UC Berkeley rejected two BuzzFeed News public records requests, writing that it could not “confirm or deny” that any complaints against Searle had been made, but that it was not in the public interest to turn over records because “such disclosure, where there has been no finding of employee misconduct, would constitute an unwarranted invasion of personal privacy.”

In early March, Searle’s students learned he would no longer be teaching his undergraduate “Philosophy of Mind” course. Beyond citing “personal reasons,” university officials provided no explanation for Searle’s departure, according to a department source who asked to remain anonymous.

The Buzzfeed article, by reporter Katie J.M. Baker, is here. According to the article, the lawsuit text is here, however at the time of this post, that link is not working.

UPDATE 1: Here is a link to the lawsuit.

UPDATE 2: All of the comments on this post have been removed and the commenting function disabled. The discussion, which included comments ranging from thoughtful remarks and expressions of concern to victim-blaming and accusations of vicious criminal activity, demanded more moderation than I had time for.

UPDATE 3: Other articles on this story: Inside Higher Ed, The Daily Californian, East Bay Times. 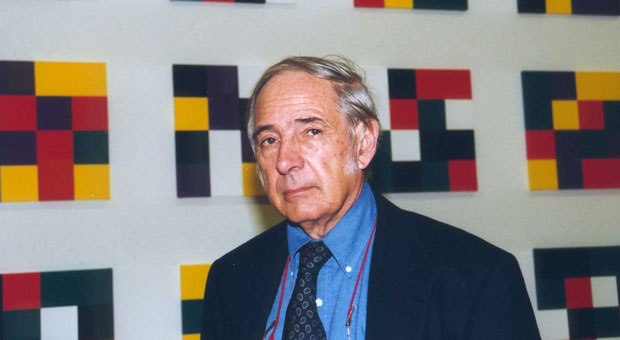