“What subjects are now being confronted at the frontiers of philosophical inquiry, breaking from the familiar philosophical concerns of canonical figures like Plato, Locke, and Descartes?” That was a question raised recently by the editors of “The Masthead,” a new member-based media program at The Atlantic. 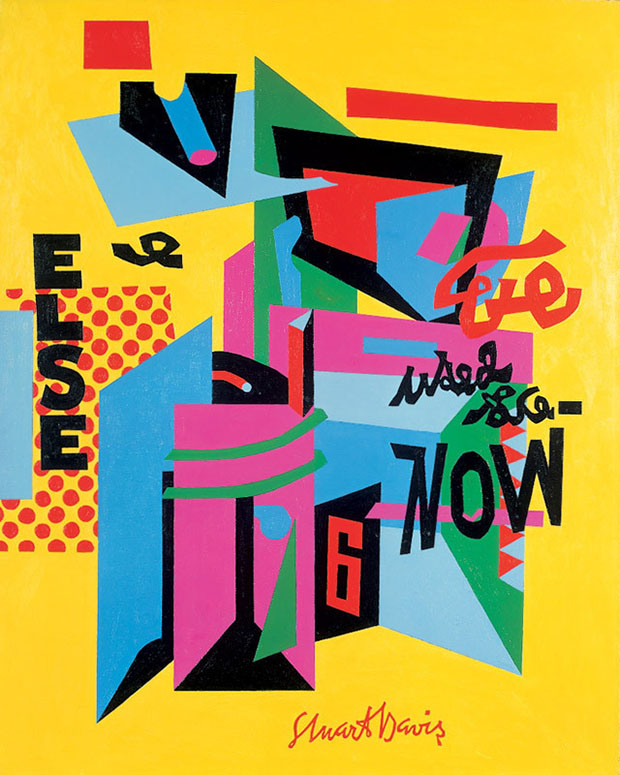 One of those editors, Caroline Kitchener, sought examples of such subjects from philosophers Elizabeth Harman (Princeton) and Andrew Janiak (Duke), who share them here.

While philosophers have traditionally discussed the nature of love, philosophers today are taking seriously its lived reality, and the implications of that reality. Love is not just romantic love between two people. The lived reality of love includes polyamorous love, love between siblings, love between friends, love of fetuses and children, and many other types and forms of love. Considering love as it is actually lived leads us to new questions: such as how we should recognize the loving relationships of others, and how we should treat the objects of love.

Professor Janiak discusses the work on heretofore ignored women in the history of philosophy:

The old idea that women never produced any important works of philosophy is increasingly being revealed as a sham. The historical record is full of treatises, plays, poems, and letters written by women who contributed to philosophy over the past few centuries, from Margaret Cavendish in England—the first woman to visit the Royal Society in London—to Emilie Du Chatelet in France. Scholars throughout the world are now excavating their works and bringing them into the light. We now have a virtuous circle: The more that scholars search through history for the lost contributions of women to philosophy, the more we find. The more we find, the more we can teach our students about such contributions, thereby generating more interest in new discoveries.

What do you think is new in philosophy?

I’d include political epistemology, misogyny, and the social and moral aspects of data collection and its assorted technologies, on a list of relatively new topics in philosophy.

I also think recent and continuing methodological and metaphilosophical developments are worth noting.

Chief among these is the expansion of who counts as “philosophically respectable” from the point of view of mainstream Anglo-American philosophy. The progress regarding women in the history of philosophy that Professor Janiak draws attention to is just one example of this. We are seeing similar developments regarding racial minorities in the history of philosophy, too. Work on philosophers from “non-Western” traditions, on their own or via engagement with more traditional members of the Western canon, is on the rise. In a similar vein, analytic philosophy continues to open up to the work of some of the figures of 20th Century Continental philosophy.

Along with this is the expansion of what counts as a “philosophically respectable” topic. For example, we are seeing the emergence of more philosophical inquiries into various aspects of race, gender, sexuality, language, and other issues related to identity.

These changes are in part a function of another relatively new and very important development: the study of the various sociological, political, economic, and psychological factors that affect canon formation and influence which questions and subjects in philosophy are taken seriously. There is a more honest acknowledgment that myriad non-epistemic elements have helped make mainstream philosophy what it is today. (As I like to say, philosophers are people, too.)

(Is this all just political correctness brought to bear on philosophy? If so, then the stereotypical view of political correctness as clamping down on inquiry is woefully one-sided, if not mostly mistaken: just look at all of the new philosophical questions and writings we have to think about now, thanks to it.)

I imagine that Daily Nous readers may have some further ideas about what the newer subjects and questions of philosophy are. Let’s hear what they are.

An enormous amount could be said about this question, and no doubt different philosophers will have different priorities and opinions. My own view is that philosophy should try to include animals more in its questions–about knowledge, the mind, free will, emotion, ethics, etc. We need more philosophy of biology, in one sense. I also think that philosophy should develop connections to literature. In terms of culture, I’d be interested to know more about the philosophy of people living in extremely harsh conditions, such as people in very cold or hot places. I also have a personal interest in the philosophy associated with blues music.Report

It isn’t blues music, but I do know Troy Hall at University of Missouri recently defended his dissertation on “Three Studies in the Philosophy of Jazz.”Report

“This city mean old world, try living it by yourself/Can’t get the one you love, got to use somebody else.” Discuss.Report

I’m a philosopher who plays blues: harmonica and slide guitar. And I’ve always thought there should be something written. Perhaps, that is in my future…Report

> I’d be interested to know more about the philosophy of people living in extremely harsh conditions, such as people in very cold or hot places

Philosophy by such people? Because a number of current philosophers of war are former or current SMs and can certainly speak to very austere living.Report

Yes by them. I recently saw a fascinating documentary about the Inuit of Northern Canada who gather mussels from under surface ice while the tide is out–amazing and terrifying. One woman remarked that despite the conditions her life was “beautiful”.Report

You’ll find that the brilliant historian Yuval Noah Harari discusses (“Homo Deus: A Brief History of Tomorrow”, HarperCollins 2017) not only animal rights, from the philosophical point of view, but the truly terrifying notion of the possibility that technology will ultimately lead to certain groups of “advanced” human beings treating the rest of us in much the same way as we now do, say, beef cattle, lambs, and chickens.Report

The ethics of plants and technologyReport

The nature of faith seems to be a pretty new topic to me: lots of philosophers are arguing about whether faith that p entails belief that p, and so on. Interesting stuff.Report

The ethics of risk is a mostly modern issue. Nowadays we have decision theories that model all kinds of attitudes toward risk (from pure hunger to total aversion), and we’re seeing fascinating work on risk as it relates to rights, benevolence, and supererogation.

Plato didn’t even have probability theory!Report

But as the start of the Republic suggests (if one is allowed to be a bit anachronistic) , Plato does have a theory of risk: “if one took over weapons from a friend who was in his right mind and then the lender should go mad and demand them back, that we ought not to return them in that case…” [331c] That is one can have a theory of risk grounded in possibility (not just probability).Report

That’s a good case, but I don’t think it gets us anywhere near a theory.

A theory would need to answer at least some of the big questions: How do we weigh risks? Can it be rational to be risk averse? Should we treat moral and prudential risks alike? Do we have rights against risks, or only against actual harms? Is there an absolute ban on risking absolute wrongs? Is there a difference between moral and non-moral uncertainty? How should we take risks when acting on behalf of others?

Plato’s case seems to just say: sometimes don’t take risks. Hard to argue with that—but also hard to get a theory out of it!Report

That’s the start of the book, the theory gets developed along the way.Report

In the well-known Allegory of the Dice.Report

What does a global perspective in philosophy look like? This is the holy grail topic for 21st century.

The power of this question goes well beyond Eurocentrism. It applies to every single tradition we know, Asian, African, etc. No tradition from the past, and no great philosopher, knew as much about the diversity of philosophical traditions as we (collectively) are now in a position to know. Not saying past philosophers weren’t global in important ways; they were, since they lived in complex, diverse times themselves. But did anyone try to bridge European tradition with African with Native American with Mayan with Chinese with Indian with Middle Eastern, etc stretching across the last 5,000 years? The prospect boggles the mind. Decrying the colonial past is step 1 in a 100 step journey. So much more to explore and discover all of us together. It is just starting.

What we nowadays call global or comparative philosophy is really comparing one, or at most two, other tradition with the European tradition. The greats of the 20th century who did this kind of work – like B.K. Matilal – struggled like hell just to bring two traditions together in a way that is half way coherent without silly generalizations about east and west. But one finds in his work not much about African, Latin American, Native Australian traditions, let alone the work of women philosophers in European or Asian philosophy, etc. Matilal’s work is comparative, but that is far, far short of global. Not a personal or professional criticism of him. Because it is unclear what a global perspective looks like given the mind-boggling diversity and limits of individual human capacities.

It’s like if people first did zoology focusing just on humans. Then some people came along and included cats, and called it all inclusive because it deals with human and non-humans. Ah, no.

Philosophy claims to speak to what unites all people. Is this just a pretense? Many think so because they can’t imagine what a coherent global perspective can look like. Like great philosophers in the past, the great philosophers of the 21st century will renew confidence in the subject by showing how it is not a pretense.Report

Well, the new question that is all the rage now is the nature of the grounding relation. Generally sort of a waste of time, imo. It’ll go the same way as dispustes over the nature of the parenthood relation in mereology. Counterexamples are given to any proposal and then they are dismissed by some on the grounds that some preferred form of elegance overrides intuition. Since metaphysics has no agreed-upon methodology concerning how intuitions are to be weighted against elegance or explanatory power (or even concerning what should count as an intuition or what sorts of elegance and explanatory power count) consensus will largely be decided by the tastes of the majority. Not that much is at stake. Anyone who wants to appeal to the notion of grounding outside of metaphysics can almost always find someone who advocates something that supports their view, supposing they need to bother with metaphysics ar all.Report

Personally, I’m excited for developments involving the fields of philosophy and scientific research. I’m sure we are on the brink of some mind blowing and life changing discoveries, and I’m sure that science ans philosophy working together will bring it about.
Also, the interest in Eastern philosophy is growing in the West and, in my opinion (seeing as how they had come to certsin conclusions on topics like suffering and the self centuries before any western thinkers did) this will also open up new questions and challenges to Eastern beliefs, which I seldom see intellectually challenged (perhaps no one has tried or they’re hard to challenge. Nonetheless, I’m excited that it is becoming more popular).Report