A commonly recognized form of intellectual achievement is the correct answering of questions. This kind of achievement is not a matter of mere quantity—one doesn’t get much credit for answering easy questions or trivial ones—but also quality. What counts is providing answers that add to the store of human understanding, understood broadly.

When I’ve asked people, informally, which academic disciplines are particularly representative of intellectual achievement, in the sense that the people working in the discipline have accomplished a lot, the top answers have been physics, biology, and computer science.

These are disciplines that can be characterized as taking up questions that are important to advancing our theoretical and practical understanding, for example: What kind of stuff is the universe made of? How does that stuff behave? What can we do with this stuff? How did we come into existence? How do our bodies work? How can we fix our bodies when they are not working as we’d like? How can we use technology to make our tasks easier? How can we use technology to answer our questions? And so on.

Furthermore, these disciplines are good at answering their questions. We can look at the history of their inquiries and see improvements in their methods and in the justifiability of their answers. We see convergence on both methodological and substantive consensuses. Further, some of their answers have informed the creation of effective practices (e.g., medicine) and tools (e.g., computers), which provide further justification for their answers.

On this understanding of intellectual achievement—the “correct answers” version—how does philosophy do?

Let me preface my answer by saying to my fellow philosophers, I love you (in the sense in which one can love a large group of people most of whom one doesn’t even know—and I love you in part because you make me feel like I have to include this clarification; also, philosophers, I find you frustrating for that very same reason; dammit, I seem to be getting off-message now). And I love philosophy.

That said, I think the answer to “how does philosophy do at providing correct answers to philosophical questions?” is terribly. There may be some overly clever ways of denying this but most of you know what I mean.

For support, consider the well-known lack of consensus on answers to philosophical questions (for example, see the entire history of philosophy; also, the PhilPapers survey data). According to Michael Dummett, “It is obvious that philosophers will never reach agreement.”

It is not unheard of to hear this related complaint about philosophy’s stagnation: we’ve been working on the same questions for 2000 years.

I want to believe, with Derek Parfit, about the youth of certain branches of philosophy, and leverage that into optimism about the whole endeavor. But we have about as much inductive evidence as one could reasonably hope for that, as an intellectual endeavor aimed at providing true answers to good questions, philosophy is a failure.

The more I think about it, the more I am surprised at how little impact this failure has on what philosophers do, or how they understand what they are doing when they do philosophy.

Many philosophers see philosophy as a truth-seeking enterprise, and see its value in that. David Chalmers, who, both in virtue of his intellectual interests and his co-leadership of PhilPapers, has perhaps a more informed view of the discipline than most, says:

Widespread disagreement among philosophers over answers to these questions, and even over the methods by which to approach them, should make us skeptical that philosophy is really about figuring out true answers to them.

My love of philosophy and my love and respect for philosophers has motivated me to try to make sense—in a charitable, positive way—of why there are still people going into philosophy, or continuing with it, despite its apparent ill fit with its practitioners’ ostensive goals. These are smart, interesting, and creative people. They’ve made philosophy their lives’ work. Start with the assumption that this decision makes sense and work backwards: what explains it?

Just that they’re good at it? No, not just that—that fails at charity.

That philosophy is fun? Maybe, but that probably isn’t the the whole story for most philosophers.

So here is one form of intellectual achievement according to which philosophy does well—even though it is one that philosophers themselves do not typically emphasize: the creation of questions.

There are at least four (non-exclusive) kinds of question-creation going on in philosophy:

Creating good philosophical questions takes knowledge, skill, ingenuity, and hard work. It is usually difficult. So it fits with a familiar understanding of achievement. 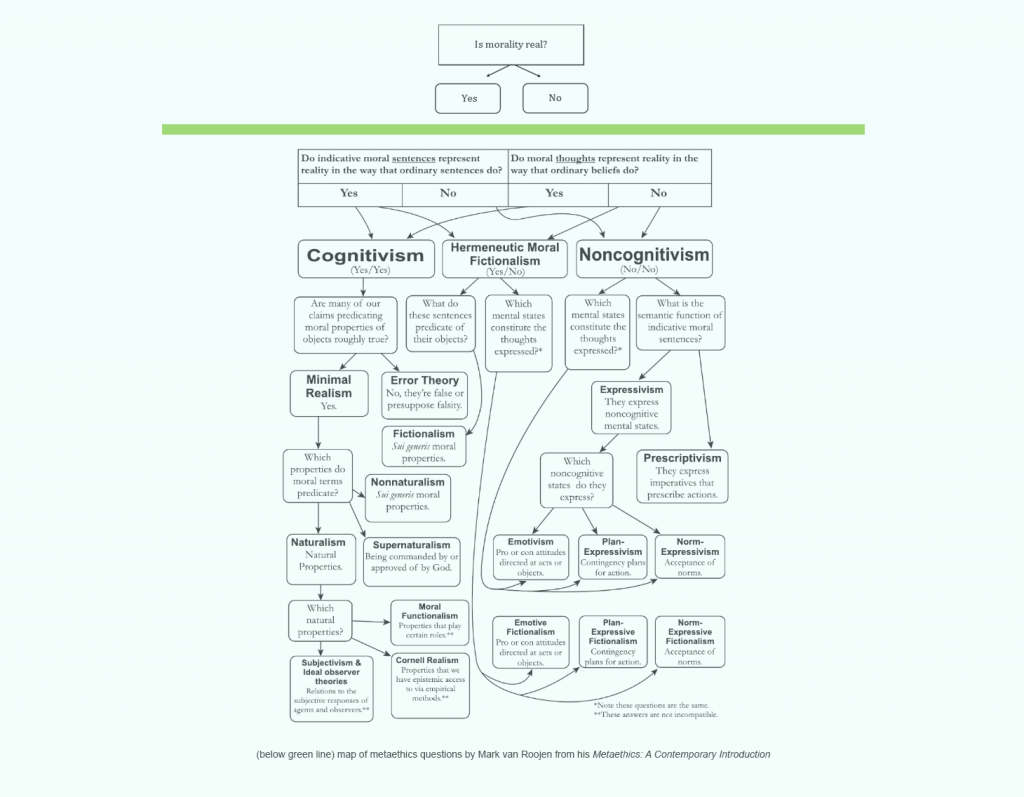 Additionally, the idea that creating questions is an intellectual achievement is bolstered by an explanation often given for philosophy’s lack of progress, what Chalmers calls “disciplinary speciation”:

many new disciplines have sprung forth from philosophy over the years: physics, psychology, logic, linguistics, economics, and so on. In each case, these fields have sprung forth as tools have been developed to address questions more precisely and more decisively. The key thesis is that when we develop methods for conclusively answering philosophical questions, those methods come to constitute a new field and the questions are no longer deemed philosophical. (p.21)

If the disciplinary speciation account is part of the truth about our intellectual history, then, if the other disciplines that have emerged from initially philosophical questions are of value, then the creation of the questions that prompted their emergence are thereby valuable.

I’m not saying that the only way in which philosophy is an intellectual achievement is in its creation of questions. I’m just saying that it is truly excellent in this respect, and further that this is a valuable type of intellectual achievement. (I also recognize that some philosophical questions are themselves also answers to other philosophical questions, but leave aside that border skirmish here.)

Of course, the idea that the value or importance of philosophy lies with its creation and posing of questions should not be all that unfamiliar, as it is akin to how Socrates understood the value of what he was doing.

Yet I do not often hear philosophers today describe the value or importance of philosophical work in these terms; rather, many philosophers understand a significant portion of the value of what they are doing as trying to figure out the true answers to philosophical questions. They emphasize that in their research, and works that offer answers seem more highly esteemed in the profession, and seem more prevalent in public-facing venues, than works that create questions.

That strikes me as odd and unfortunate.

To help counter this, I am proposing a project for us to take up: a timeline of the creation of questions in the history of philosophy.

I think this would be a wonderful resource for the profession to have—interesting in itself, but also of use in demonstrating the richness, diversity, value, and magnitude of what philosophy has achieved.

(To contribute information for the timeline, please see this companion post and comment there. Comments on other aspects of this post are welcome on this page. Thank you.)

This post is based on a section of a paper I gave at the Rocky Mountain Ethics Congress earlier this month.