When Thomas Pogge travels around the world, he finds eager young fans waiting for him in every lecture hall. The 62-year-old German-born professor, a protégé of the philosopher John Rawls, is bespectacled and slight of stature. But he’s a giant in the field of global ethics, and one of only a small handful of philosophers who have managed to translate prominence within the academy to an influential place in debates about policy… But a recent federal civil rights complaint describes a distinction unlikely to appear on any curriculum vitae: It claims Pogge uses his fame and influence to manipulate much younger women in his field into sexual relationships. One former student said she was punished professionally after resisting his advances.

So begins a lengthy article at BuzzFeed about allegations of sexual harassment against Yale philosophy professor Thomas Pogge, Yale University’s responses to these allegations, and who knew about what, and when.

In the 1990s, a student at Columbia University, where Pogge was then teaching, accused him of sexually harassing her. In 2010, a recent Yale graduate named Fernanda Lopez Aguilar accused Pogge of sexually harassing her and then retaliating against her by rescinding a fellowship offer. In 2014, a Ph.D. student at a European university accused Pogge of proffering career opportunities to her and other young women in his field as a pretext to beginning a sexual relationship.

Yale has known about these allegations, and others, for years.

In October 2015, Lopez Aguilar filed a federal civil rights complaint, alleging that Yale violated Title IX, the statute that holds schools responsible for eliminating hostile educational environments caused by sexual harassment. Lopez Aguilar is asking the government to investigate whether Yale has ignored the “exhaustive attempts” she and others have made to prove Pogge is a danger to female students.

Her complaint also accuses Yale of violating Title VI, which prohibits race discrimination, on the grounds that Pogge specifically targets foreign women of color who were unfamiliar with how to navigate power in the United States.

Eventually, Yale offered [Lopez Aguilar] a $2,000 settlement, on the condition that she sign away her right to pursue further claims against Pogge or the university — or to tell anyone about Pogge’s behavior from “the beginning of the world to the day of the date of this Release.”

The federal government has said that it’s illegal to use conditional nondisclosure agreements in sexual harassment cases. But Yale treated Lopez Aguilar’s report as a workplace dispute, ignoring her claims of sexual harassment, her recent complaint states.

A subsequent hearing panel found “insufficient evidence” to determine whether Pogge had made direct sexual comments or advances to Lopez Aguilar, but “substantial evidence” that he “failed to uphold the standards of ethical behavior” expected of him as her mentor and employer.

In the end, however, the panel decided his actions did not constitute sexual harassment.

Only one note went into Pogge’s permanent record. It was for misuse of Yale stationery.

In an affidavit quoted in Lopez Aguilar’s federal complaint, a Columbia professor wrote that Pogge “had written a series of sexually harassing emails” to a student, “and there had also been some physical interaction between them.” Pogge was later “forbidden by the university administration” to enter the philosophy department “whenever the student had classes there.”

In 2014, Lopez Aguilar’s lawyers sent Yale signed statements from professors about the Columbia incident. The lawyers also included statements from professors who had witnessed and been troubled by Pogge’s conduct with young women at conferences, as well as details about five other women, students at other institutions in countries from India to Norway to whom Pogge had supposedly offered plane tickets, hotel rooms, letters of recommendation, and job opportunities “even though he barely knows them and knows less about their work.”

“It breaks my heart to have to say it,” said Christia Mercer, a former colleague from the Columbia philosophy department, “but it’s clear that Thomas uses his reputation as a supporter of justice to prey unjustly on those who trust and admire him, who then — once victimized — are too intimidated by his reputation and power to tell their stories.”

Martha C. Nussbaum, a professor of law and philosophy at the University of Chicago, said that since learning about the accusations Pogge faced at Columbia, she has chosen not to invite him to conferences and workshops. She also declines to participate in projects he is involved in.

“The time has come for a public investigation,” she wrote in a statement that Lopez Aguilar’s lawyers later gave to Yale.

The article is “Ethics and the Eye of the Beholder,” by Katie J.M. Baker. It includes links to:

Towards the end of the article, Baker raises some questions. Among them:

Pogge uses philosophy as a powerful tool with which to solve global problems—a fact that greatly enhances the discipline’s real-world credibility. Could that have inclined his fellow philosophers to tolerate behavior they would otherwise condemn?

What is our collective responsibility—to put it in the language of global ethics—when the flawed humans we enshrine as intellectual heroes are accused of being far from heroic?

(Some previous posts at DN on this story: The Issues Behind The Gossip; some details emerge here and here; Yale solicits information about Pogge’s alleged violations of university policy. Some questions about what people in the profession should do in light of allegations like this have been discussed in “Hiring and ‘Unofficial Information‘” and “Not Legally Actionable, But…“)

UPDATE (5/21/16): How much did those at Yale who were involved in hiring Pogge know? In her piece at BuzzFeed, Baker reports that at a hearing at Yale regarding Lopez Aguilar’s complaint,

Pogge told the hearing panel that he had indeed been accused of sexual harassment at Columbia, but that the allegation was false. Yale knew about it, he said, and an official “took great pains to investigate what had happened” before offering him a job.

The Yale Daily News, which had independently investigated the story, now has a piece up about it. The authors there write:

The affidavits [from professors at other U.S. institutions], which were disclosed to the News against the authors’ wishes, reveal that Pogge was accused of sexual harassment in the mid-1990s while he was a faculty member at Columbia. As a result of the accusations, Pogge was barred from entering the philosophy building whenever his alleged victim had classes there. According to one philosophy professor cited in the affidavits, Yale was aware of these events when it hired Pogge in 2008.

That is, both Pogge and professors elsewhere state that at least some of the people at Yale involved in hiring Pogge knew about previous allegations of sexual harassment against him at Columbia. Who these people were and how much they knew—those questions remain unanswered, as does this one: what, if anything, ought they have done differently?

Despite the accusations, Pogge has remained at Yale, teaching Introduction to Political Philosophy in fall 2015 and two seminars this past spring [2016].

I had a mildly unpleasant experience with Pogge when I was a senior undergraduate at Harvard and he was a visiting professor who stayed in my “house”, Harvard’s equivalent to residential colleges at Princeton and Yale. (I lived in Cabot House.)

In brief, I was having a meeting with Pogge during and after dinner in our dining hall to talk about Rawls and Rousseau, the subjects of my senior thesis.  He kept me talking for longer than I felt comfortable with.  It was night and the dining hall had long since emptied out.  I finally ended the meeting when he started rubbing my thigh, by just saying that it was late and that I needed to leave. 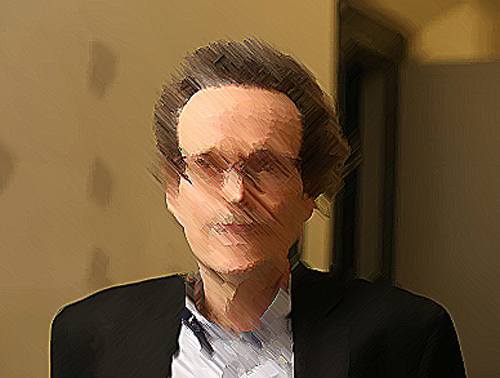 Note: comments require a social media login or a working and accurate email address. Pseudonyms are permitted, but do not use ones with “anonymous,” “anon,” and the like in them. For more details, please see the comments policy.