The Dianoia Institute of Philosophy, a philosophical research institute at Australian Catholic University (ACU) created in 2019, is launching a new graduate program in philosophy. 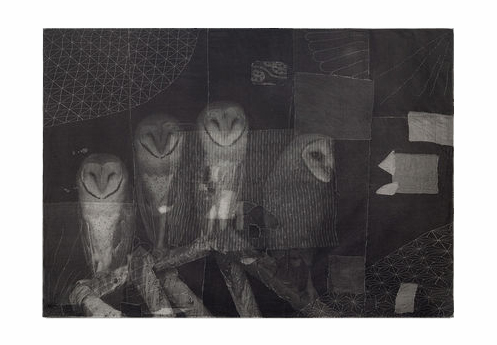 The institute, which has made a number of hires over the past year (see here and here), will be offering both PhD and MPhil programs “in philosophy in the analytic tradition.” Covered research areas include logic, metaphysics, epistemology, ethics, metaethics, social and political philosophy, moral psychology, philosophy of mind, philosophy of science, philosophy of language, and philosophy of religion.

The institute’s director, Stephen Finlay, says that initially the program will probably have less than 5 students per year, and that applicants are welcome not just from Australia but anywhere in the world. Applications are now open (and due mid October).

At ACU the PhD is a three year degree, while the MPhil is a two year degree. Scholarships and tuition waivers are available.

Exactly. And I like that history of philosophy is not an area covered.Report

I actually do really like that history of philosophy is not an area covered. I’d prefer philosophers who do, you know, philosophy, not history.Report

Right! This is why I never read anything published before 2019.Report

I’m puzzled by the reaction. The creation of the institute created some new jobs in philosophy (including some untenured people and some tenured people leaving institutions that will do replacement hires). It’s not clear that by creating another place where students might get a PhD the number of future PhDs will be higher. If we want to reduce the number of PhDs in philosophy who need work, it seems that we should encourage departments to take in fewer students, not discourage the creation of something that employs philosophers and (checks post) will take up to 5 new students who presumably would have attended different universities had the institute not taken in students. I could be wrong about this, but I don’t see the creation of new programmes as a sure loss to the health of the profession. I can imagine situations in which it makes a negative impact on employment but I can also imagine situations in which it does the reverse.

I also don’t see why it matters that there aren’t people doing history. It didn’t say so here, but on Leiter’s blog (sorry, I still check it) it says that they’ll award research degrees (i.e., there won’t be coursework but there will be individual supervision that leads to a degree). This might seem weird to Americans (and it is weird, but that’s for another discussion), but it’s a degree that’s done entirely by individual supervision with no coursework requirement. Students apply with a research proposal in hand. They come and write it up under the supervision of one or more members of staff. If no courses are being offered, it’s weird to worry about whether staff could cover a wide range of courses. If you’re setting up a research institute that offers a handful of individualised supervision opportunities, why would breadth matter? Trade the Leibniz guy and Spinoza gal for another decision theorist if that’s what you want to specialise in (or, I guess, go the other direction and get rid of the philosophers of language and hire three people working on Locke). If it’s just a research institution isn’t it better to have multiple people working on overlapping areas than to spread the talent out across multiple areas decreasing the opportunity for collaboration? It’s not like there are teaching needs that need to be met. (Fwiw, I do like history of philosophy, but I don’t see anything wrong with a research centre that’s composed entirely of historians or entirely of non-historical philosophers. They could all do phil maths and that might just be fine.)Report

Just for some context, it’s more or less the norm in Australia for PhD programs to be research only (whether or not that seems weird to North Americans).Report

I’m puzzled that you are puzzled. There are far fewer jobs than candidates, and this is common knowledge.

According to the APDA data, something like 40% of PhDs found continuing or TT jobs over the past ten years (that includes non-TT lectureships). That was trending down over those years. Now there is a pandemic, and there are no jobs. For those of us competing for the last few open spots, more PhDs is not a welcome development. The benefit to the job/candidate ratio the 15 jobs ACU created will be erased by 3 cohorts of theirs. Also, they hired mostly laterally, meaning they didn’t actually create as many jobs as advertised from the perspective of the market as a whole: some of those lateral hires won’t be replaced.Report

Postdoc10, I’m puzzled that you’re puzzled that C is puzzled. This puzzlement is based on the fact that your reasoning overgeneralises to a baffling conclusion: that we should halt or suspend all PhD programmes in Philosophy until there are enough jobs for all entering PhDs for all programmes. By this thinking, we should also halt all intensive basketball training camps until there are enough spaces in the NBA for all players who make it through the camp to have a spot?Report

I guess it’s a fair question to ask: why do we need more PhD programs in philosophy? Especially since the existing ones already produce vastly more people than there are jobs.

But if you look at this one closely, it looks like they’re something like the “Notre Dame of Australia”, and Australia doesn’t have one of those yet. (That was a joke–they actually do. But it doesn’t have a Ph.D. program.) Several of these people either went to or worked at the US’s Notre Dame, so I sort of get it–the research orientations of this group is pretty different from ANU, Sydney, or Melbourne (e.g., more metaphysics and language, in the aggregate).

So I hope they do well!Report

Haters gonna hate. This is good for philosophy. Congratulations to all involved!Report

I applauded this initiative wholeheartedly. We need people whom can think critically and have a solid ethical basis. Those thinkers can teach other people, hopefully some politicians.Report

I don’t think anyone denies the problem: There are not enough full-time philosophy teaching jobs to employ all the PhD students coming out of philosophy graduate programs.

I guess one solution is to reduce the number of programs or admitted students. Isn’t another solution, however, just to properly inform potential grad students about the job market and help them make a rational decision about proceeding with their studies, based on reasonable expectations about their prospects of gaining full-time employment? Might departments admit the same number of students, but adjust the curriculum to prepare some students for careers outside of professional philosophy? Could the APA work on promoting the value of hiring philosophy PhDs outside of academia?

Cutting the number of departments or students means making it impossible for people who would like to study graduate philosophy to do so. I can’t see why this is the preferable solution. Near the end of my studies, I didn’t think I had a chance at a tenured philosophy position. I began making plans to teach high school math. I happened to get extremely lucky to get a philosophy gig at a community college (then another), but had I never gotten either, and ended up a math teacher, I don’t think I would have ever regretted getting my degree.Report

This idea that we should cut down on the number of philosophy PhDs seems to come from the belief that the only point in doing a PhD is to get a full-time job working as an academic philosopher. But this isn’t the case: just look at the number of PhD candidates who decide they don’t want to work as philosophers (but nonetheless found doing the PhD to be intrinsically worthwhile) and the PhD candidates at small, unranked departments. Many people get a PhD in philosophy because they think it’s intrinsically worthwhile (all of them, we’d hope), even if they’re also interested in working in academia.

This isn’t to deny that there’s a problem, just that we should start thinking of PhD programs as something more than a path to an academic job. (and in many cases, something different from that entirely)Report