The following is a guest post* by Fabrizio Calzavarini (Bergamo, Turin) and Marco Viola (Turin), who together run Neural Mechanism Online, an organization dedicated to the philosophy of neuroscience and to bringing together philosophers and neuroscientists via webinars, webconferences, and the like.

In the post, they share how they have been able to develop an ongoing series of online events and build a sustained intellectual community around them. 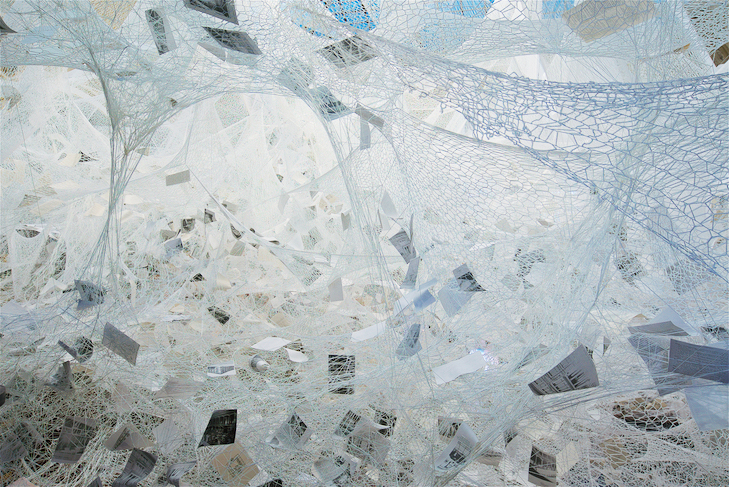 As we write these lines, the WHO has recently declared the spread of SARS-CoV-2 a pandemic. Newspapers around the world are swiftly shifting from minimizing the import of this crisis to realizing how serious a response is in order (as we’ve already seen in Italy). Meanwhile, professional philosophers’ mailing lists are crowded by announcements of cancellations for any event until next summer, following or anticipating the lockdown of universities. Moreover, already before the SARS-CoV-2 outbreak, concerns about climate change and carbon emissions have pushed many academic professionals to avoid as much as possible travel for talks, conferences, and meetings.

In light of these considerations, a question arises: shall we suspend every academic meeting and continue our research as lonely monads enclosed in our ivory towers? Not necessarily. Web events (webinars, web-conferences, etc.) offer an effective alternative that is economical, eco-friendly, and inclusive. In recent years, both the technological and organizational models of online conferencing have changed dramatically. Synchronous (=in real-time) technologies offer scholars who are geographically dispersed (and possibly temporarily isolated, as at present in Italy and in other European and Asian countries) an opportunity to interact and collaborate in unprecedented ways. Nevertheless, many academic institutions have only started to explore the potentially revolutionary impact of such professional technologies.

In this post, we wish to demonstrate that people can still meet and discuss productively—online—by presenting our project of web-based events: Neural Mechanisms Online [NMO]. Our aim is not so much to promote the project but to present it as a case study of what we (and others) deem a successful enterprise. We want to bring you all a bit of hope, as well as share a bit of our know-how.

What is Neural Mechanisms Online?

Webinars are our most popular format, dealing with hot topics in the philosophy of neuroscience. They are open to anyone with an internet connection (no fee is required). In addition to webinars, our project is devoted to the organization of “hybrid events” (i.e. events in which some people speak and/or attend physically whereas others do so online) and web-conferences (entirely online). However, in this post we want to focus on webinars (for great tips on how to design user-friendly online conferences, see this post by Catharine St. Croix). While webconferences provide an alternative to offline conferences (i.e., long but episodic meetings), webinars can be conceived as the analogue of reading groups (i.e., short but recurrent meetings). As such, they made a wonderful tool for long-term community-building: they allow organizers to trespass spatial constraints to pick experts on a given topic so as to create focused and productive discussions based on shared interest (compare them to the local reading groups where the topic is often an unsatisfactorily compromise between the taste of several scholars with very different interest).

In NMO, each webinar session lasts two hours: after a brief presentation, the speaker presents their paper (which we send to the mailing list a week before) for about one hour. The second hour is totally devoted to the discussion: first, with some discussants (usually three or four per session) that we have previously selected on the basis of their expertise, and then with the audience. Right before each session, speakers and participants receive by email an invitation to join the seminar. The whole session is recorded and later made freely available online on the YouTube channel and the Facebook Page of the project.

One of the most rewarding outcomes of NMO is that the participants have had the occasion to meet an astonishing number of colleagues of various ages and from various parts of the world. We dare say that something like an international community is beginning to take shape. If we sum up the keynote speakers of our webinar series [2018, 2019, 2020], the discussants of each webinar, and the speakers of the other web-events, we have had no less than 150 different academic researchers interacting with our audience for a total of over 3000 people connected. Right now, both our mailing list and our Facebook page have more than 700 subscribers.

So far, the speakers selected for our web-events have been balanced in as many dimensions as possible: gender (since the second year we have achieved a perfect 50/50 gender balance), nationality (we have had speakers from every populated continent except Africa), expertise (mostly philosophers, but also some scientists), and seniority (as mentioned before). Speaking of general audience (i.e. attendees), each of our web-event attracts on average between 20 and 40 persons from all over the world, although we reached peeks of more than 60 attendees simultaneously online for some big name (e.g. Edouard Machery or Joe LeDoux) and more than 100 for the NM Online web-conference. Not a huge crowd, admittedly. But while in webconferences you should probably aim for a big audience, a long-term webinar project like ours is more a gathering of a few dozen specialists spread around the world who can enjoy and discuss some technical (often very technical) papers.

Interaction and collaboration between participants in the NM online activities has often extended long after the formal web-events end. For instance, a distinguished editor is currently reviewing an extensive volume collecting many of the papers discussed in the first two editions of the project. More generally, meeting online has allowed us to establish and to reinforce several fruitful and pleasant informal relations with a number of colleagues. Many of them are now affiliate members of the NMO team, and Nick Byrd and Joe Dewhurst volunteered for managing the diffusion of news about NMO on the Brains Blog and our Twitter account, respectively.

What Future for Online Conferencing?

By narrating our experience with NMO, we mean to suggest that the potential impact of online conferencing for academic research is still largely unexplored. In the times ahead, with the virus possibly paralyzing many universities around the world, online conferencing might become the only alternative to hibernation. But web-based events have several virtues which make them worthy of consideration even in merrier times (for a discussion, see Byrd’s recent post on his blog). After all, when we began doing this, in 2018, it was not a forced choice.

A first and most obvious advantage is economic in nature. Being freed of any concern of space (although not of time), in a webinar we can bring together scholars purely on the basis of their expertise on a specific topic. More often than not, this involves people from at least four different towns spread across several continents. Imagine how much it would cost to bring them together in the same room!

And here comes the second advantage: assuming that a physical conference involves flights, how much in terms of CO2 emissions are we sparing by discussing via the web? Not to mention the time delay and the jetlag you spare by connecting. There are concerns with online conferencing, such as the uncertainty of using new and unfamiliar technologies. Nevertheless, we think that the explosive growth of the organizational and technological potentialities of professional conferencing applications (which have been used so far in NMO activities with no technical failure) makes the risks manageable.

There has always been the view that online conferences will not replace physical conferences. However, maybe the past will not dictate the future. According to many scholars, the time has come for academic institutions to realize their responsibility to be role models in an age of obvious climate breakdown. In this respect, the necessity of many universities to go online because of the SARS-CoV-2 outbreak might represent the only positive aspect of the tragic events that are today shocking the world. This might have a ground-breaking impact for the academy in general, prompting a systematic change towards a more eco-friendly global paradigm of scientific enterprise.

In the meantime, some tips…

In the next weeks, we expect (and hope) that many will try to put up projects similar to NMO, either for the short-term purpose of overcoming this crisis without giving up on all activities, or for the long-term purpose of community building. The good results we have had come from more than two years of trial-and-error. By sharing some of the most basic and important things we have learned, we hope to help those attempting to host similar events:

Clearly, rather than a recipe, these are the tips of icebergs (pun intended). If a recipe for a perfect online conference exists, we do not possess it. And possibly, the know-how involved cannot be perfectly translated into know-that. But if there is anything you want to ask, or even if you simply want to follow our activities, do not hesitate to write us at [email protected]. We will be glad to answer any question, and perhaps learn a few things from your experience.

Good luck for your web-events!

† The authors would like to acknowledge the assistance of Joe Dewhurst (Munich Center for Mathematical Philosophy) and Nick Byrd (Florida State) with the writing of this post.

Thanks for supporting more sustainable conferencing practices Marco and Fabrizio (and Justin!).Report