The following is a guest post by Kelly Truelove, who keeps an eye on social media trends for a few academic disciplines at his site, TrueSciPhi. 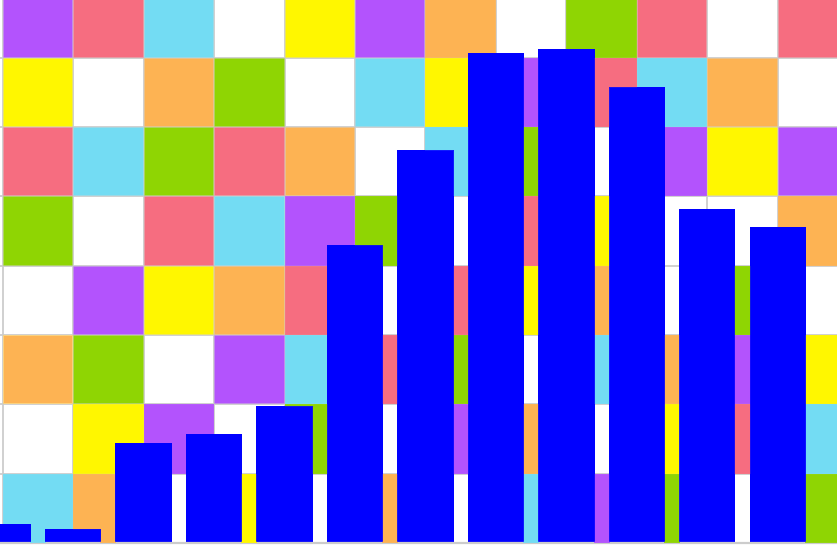 Social media grew enormously in the 2010s. This post presents a small assortment of statistics regarding philosophy in the contexts of Twitter, YouTube, and podcasting over the decade. 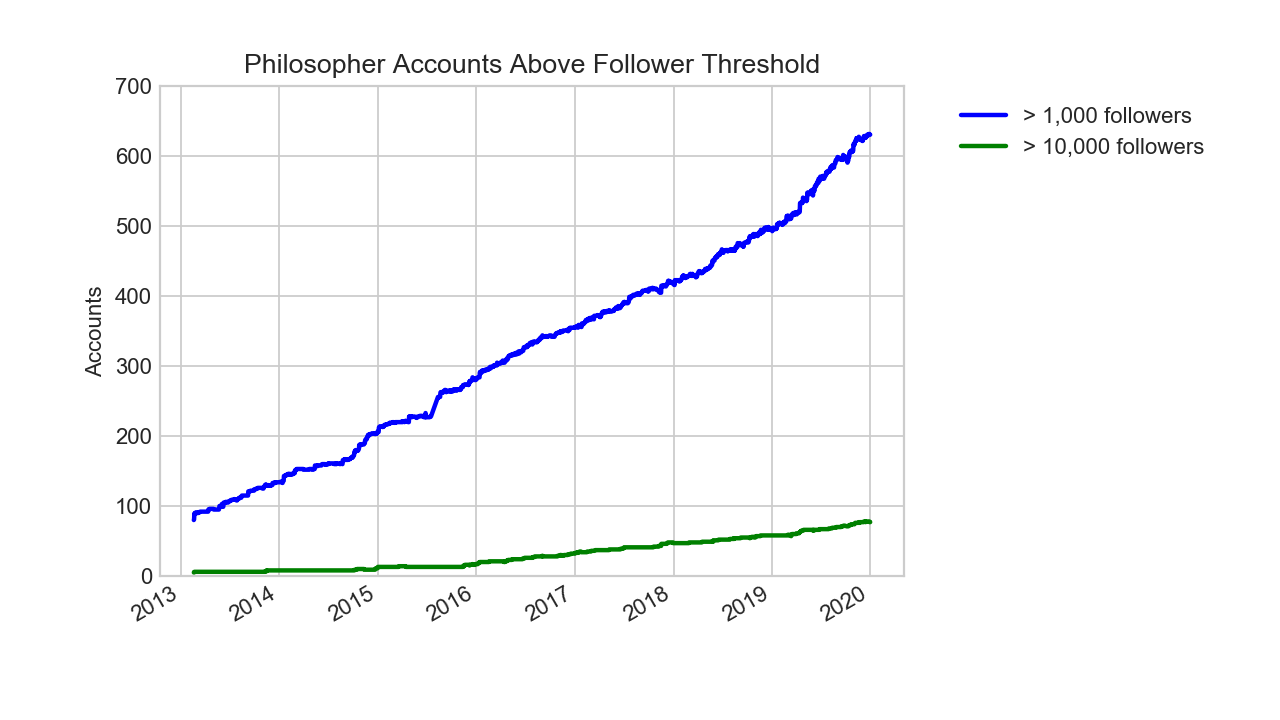 How long does it take to reach 1,000 followers, and how has this changed? Because follower growth generally depends on tweeting activity, and because activity varies among individuals, it is useful to answer in terms of tweet count as opposed to time. The median number of tweets by philosophers at the point of passing 1,000 followers has varied between 2,000 and 4,000 since 2013, holding steady at the lower end of that range the last few years. The median tweet count upon reaching 10,000 followers shows more variation, bouncing between 5,000 and 15,000, but this is based on data from far fewer accounts (under a dozen per year). In any event, 10K usually arrives at a lower tweet-per-follower cost than 1K. 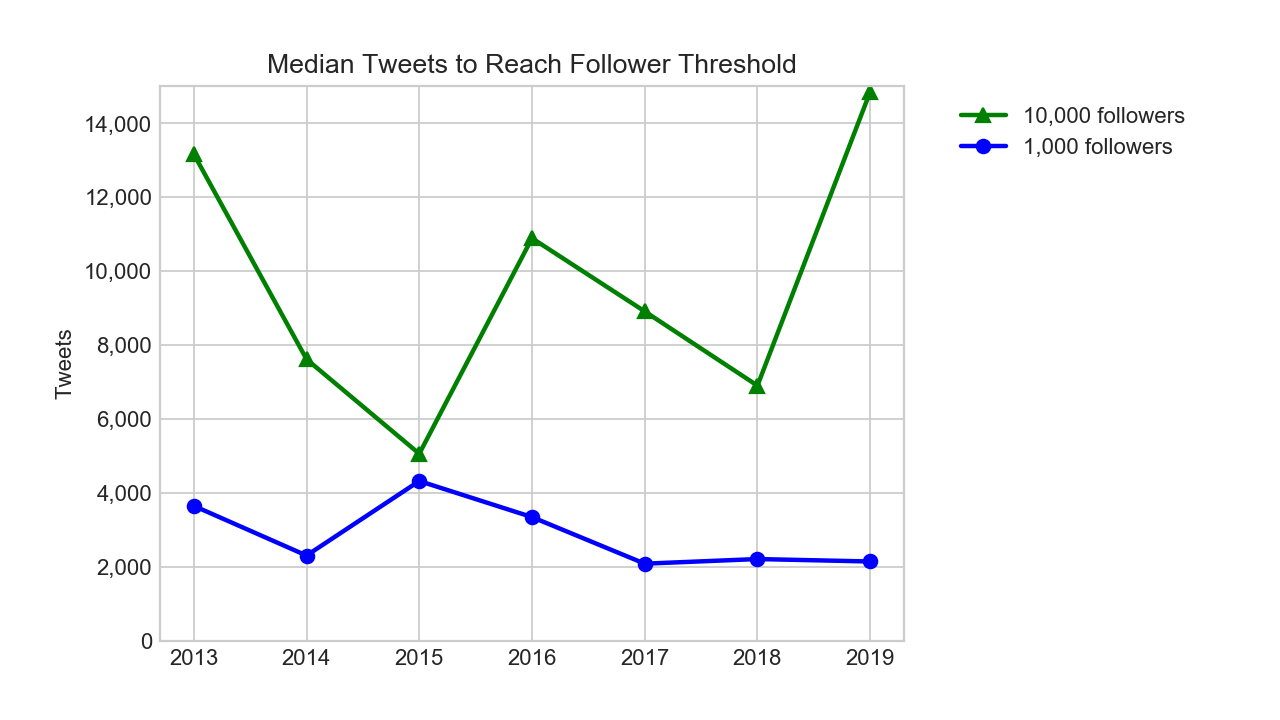 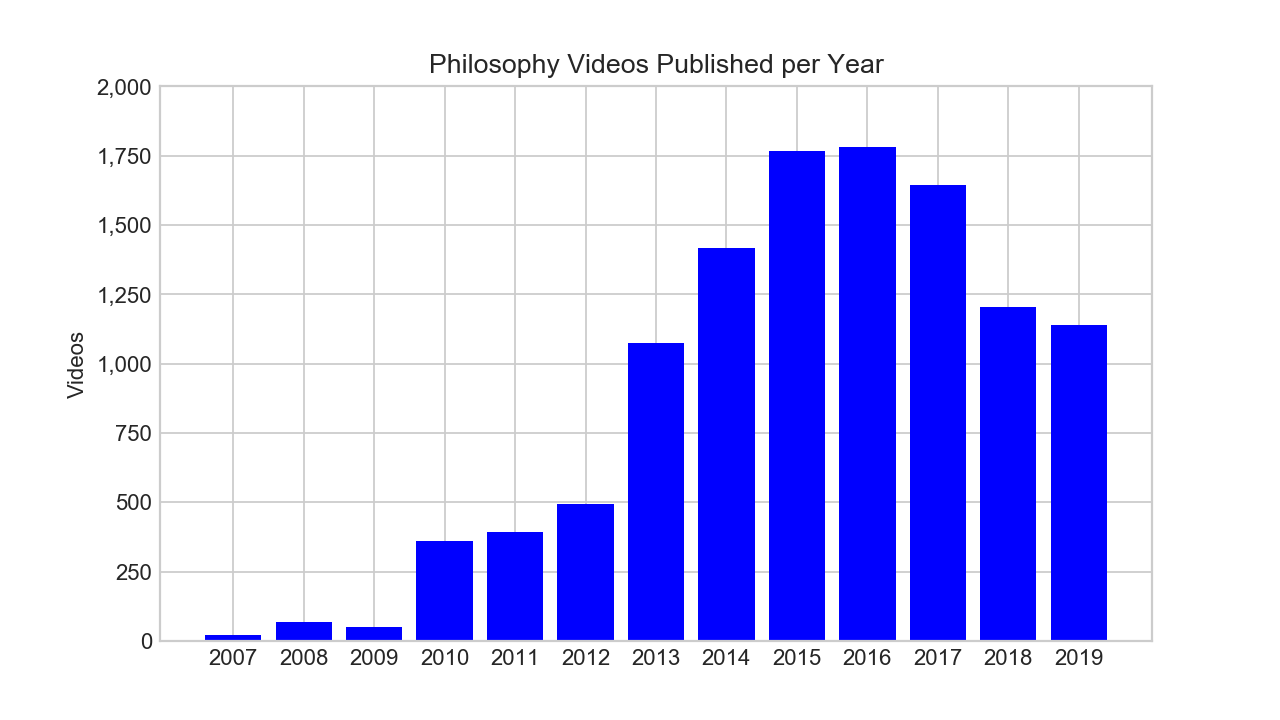 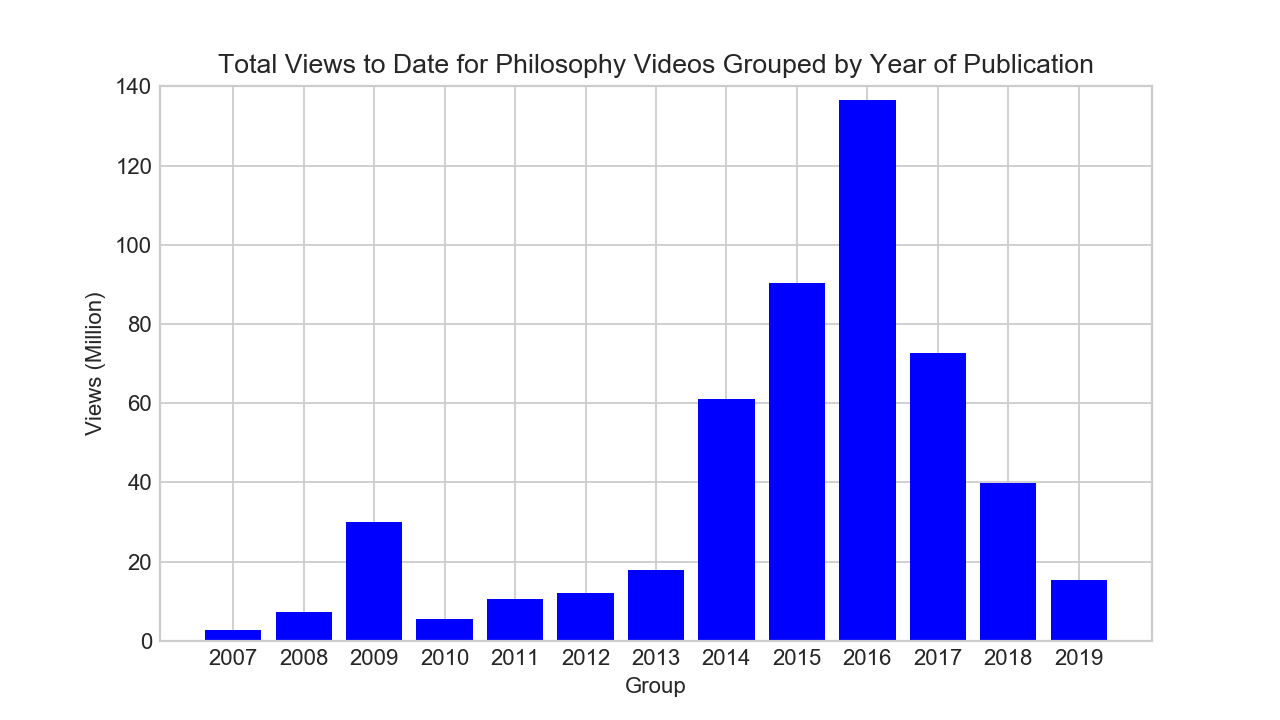 The spike from the “class of 2009” is in large part driven by the videos in the Justice with Michael Sandel playlist published that year by Harvard University. Episode 1 of that series alone has had over 10 million views to date. This chart disadvantages more recent years, as their videos have had less time to gather views. Still, the 2016 peak is clear. Videos published in 2016 account for about 1/3 of the top 300 short videos across all years (see ranked list).

With respect to podcasts, I maintain a list of philosophy & ideas podcast series with the aim to include series that have Twitter accounts well followed by these philosophers (see earlier post for background). The list includes series that remain available for listening despite no longer being updated with new episodes. By contrast, it does not include series that have been both discontinued and removed from access, so such series, which are likely to be older, are underrepresented. Charting podcasts by launch year reveals an increase in introductions in the latter part of the decade, with 2018 being a standout year. 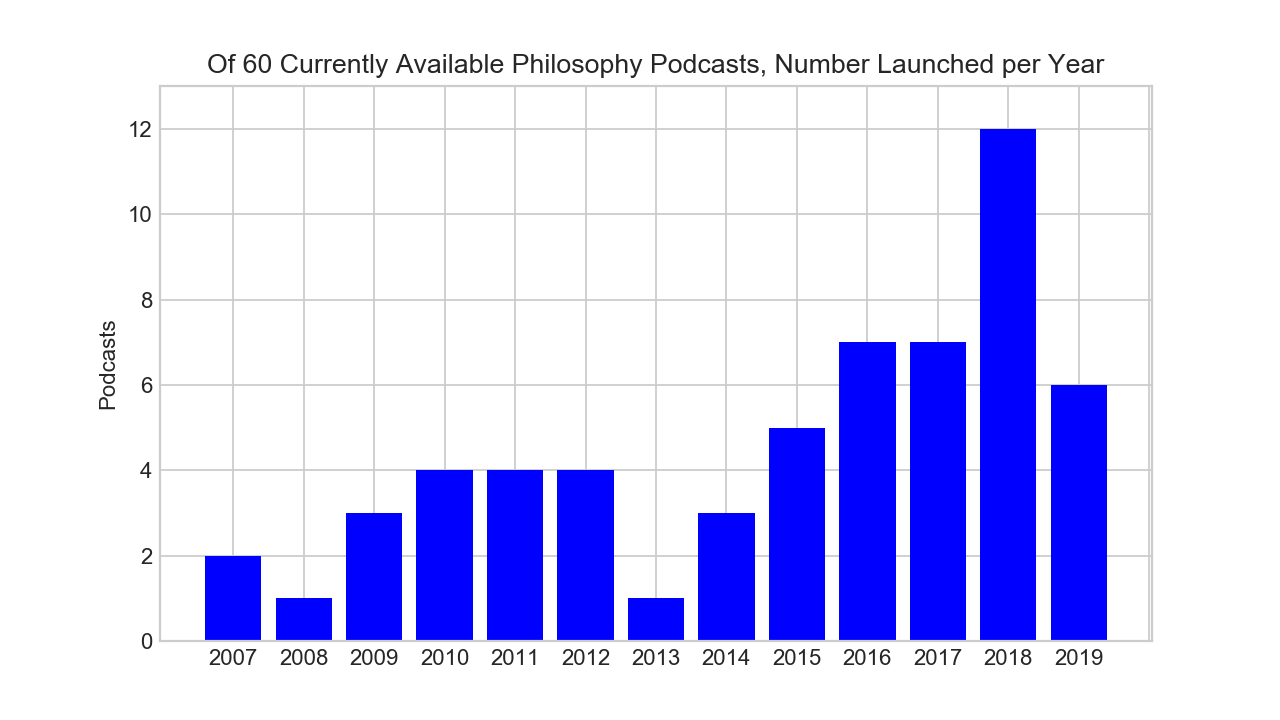 Along with the growing number of series comes a growing number of hours of episodes, now ca. 750 hours per year. That’s about two hours per day, every day. Even accounting for podcasts that may have disappeared, this is a significant increase from the rate of new podcast content at the beginning of the decade. 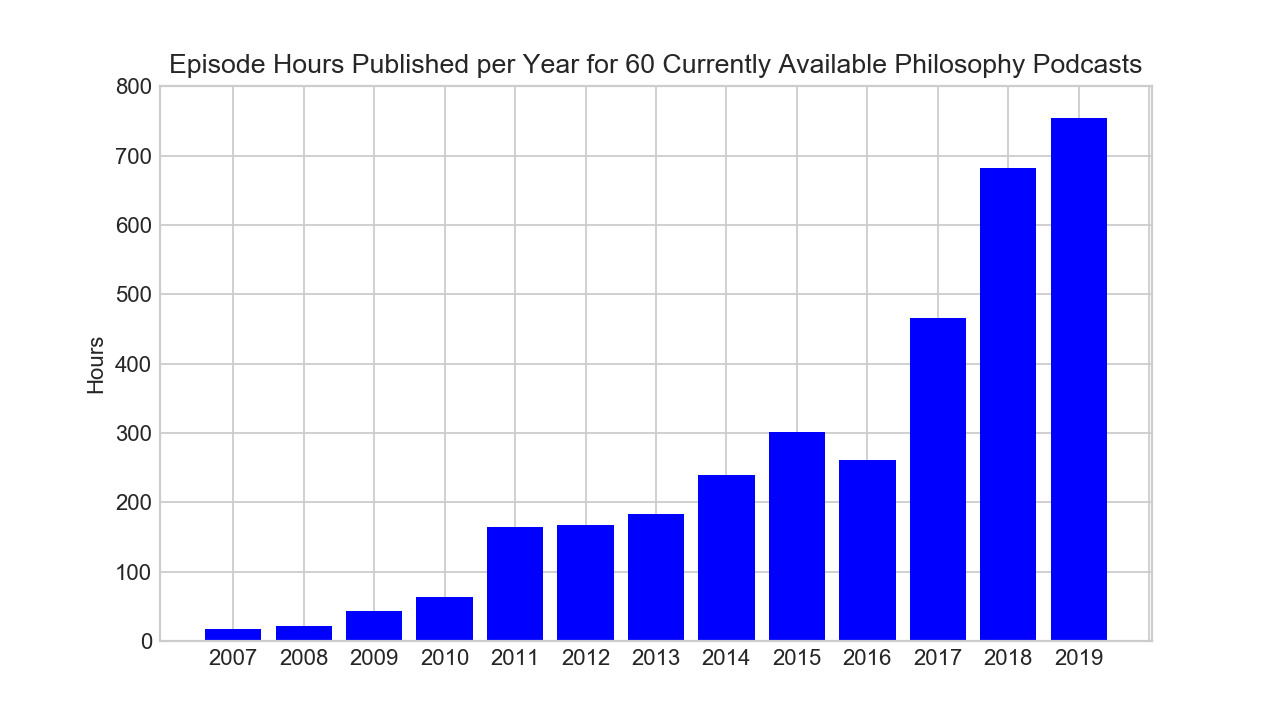 For more information about philosophy on social media, visit the philosophy page at TrueSciPhi.