At TrueSciPhi.org, Kelly Truelove, an internet technologist with a physics PhD and a long-running interest in academic philosophy, publishes a variety of lists and statistics regarding philosophy communities on Twitter and videos on YouTube.

With regard to Twitter, the starting point is a list I curate of philosophers who have over 1,000 Twitter followers. In general, my listing requirement is that the individual holds a philosophy PhD or is enrolled in a philosophy PhD program. This list thus is not confined to current academics and provides a window to a range of career outcomes for philosophy PhDs. It includes 518 accounts, of which 155 (30%) belong to women and 203 (39%) have associated Google Scholar pages.

At “Top Follower Growth Rates for Philosophers on Twitter,” the site lists those philosophers (from the set of 518) with the highest percentage increases in followers over the past week, month, quarter, and year. Common drivers of high growth include off-Twitter appearances and references as well as on-Twitter engagement in discussions of controversial topics. Because high percentage growth generally is easier to attain at lower follower counts, there are two brackets: philosophers with 1,000 to 10,000 followers, and those with over 10,000 followers.

Perhaps unsurprisingly, a large fraction of the top accounts belong to the 518 philosophers themselves, reflecting that philosophers tend to follow other philosophers. However, also high on the list are organizations such as the Philosophy team at Oxford University Press (@OUPPhilosophy), the American Philosophical Association (@apaphilosophy), and the Wiley Blackwell Philosophy Team (@PhilosophersEye). 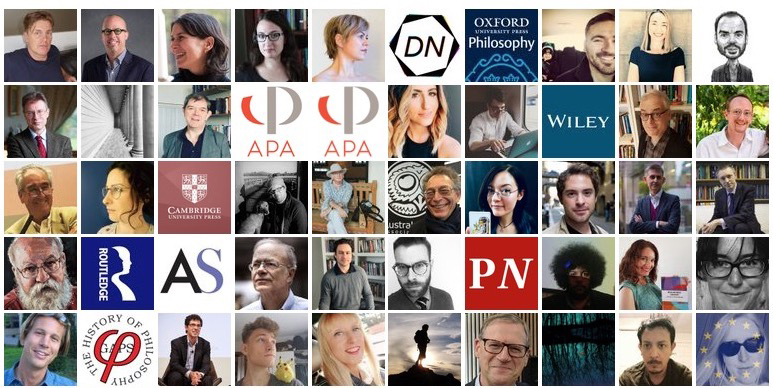 Because the “Philosophers’ Favorite Twitter Feeds” list is determined by the choices of the 518 philosophers as to which accounts they follow, it is insensitive to my decision to include or exclude any particular individual or small group of individuals from the list of the 518. It reflects a measure of popularity among philosophers as opposed to popularity among the general public. And, because it includes any type of account, it amounts to something of a guide to the broader community of “Philosophy Twitter” consisting of individuals (both in and out of the field) and organizations of common interest to philosophers.

As regards YouTube, the site presents several lists of philosophy videos ranked by their view counts. The underlying input is a list I curate of philosophy-focused YouTube channels and playlists that exceed certain thresholds for cumulative views. The site periodically checks on these sources for new videos and generates updated lists of the 300 most viewed videos categorized by runtime (under or over 20 minutes) and publication date (past month, quarter, year, and all time).

Leading the list of all-time most-viewed short-form videos are videos with millions of views each from Wisecrack, The School of Life, Crash Course, and TED Ed. Wisecrack videos address the philosophy of works of popular culture, while the Crash Course entries introduce philosophy at the high school level. The School of Life and TED Ed videos look at well known topics or individuals in philosophy, often with consideration of their relevance to everyday concerns.

Leading the corresponding list of long-form videos again are entries with millions of views each.  Many are from Michael Sandel’s course on justice published by Harvard in 2009. Others are from Wisecrack on popular culture topics that run just slightly over the 20-minute threshold separating short-form from long-form. Moving down the long-form list, a number of recordings of academic courses and seminars are encountered.

Considering the list of short-form videos published in the first quarter of 2019, the most-viewed entries were created by Wisecrack, Philosophy Tube (Oliver Thorn) , and Crash Course (which is publishing a history-of-science series that at points touches on the philosophy of science). 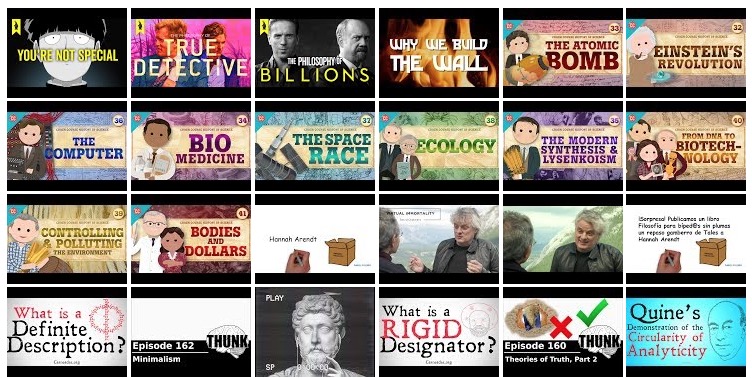