“Whether unionization will best serve their employment interests and educational objectives and values is something that faculty and graduate students should be entitled to decide for themselves,” says the Board of Officers of the American Philosophical Association (APA) in a statement released yesterday. “It is thus the APA’s position that graduate students should have the right to unionize and participate in collective bargaining should they vote democratically to do so.” 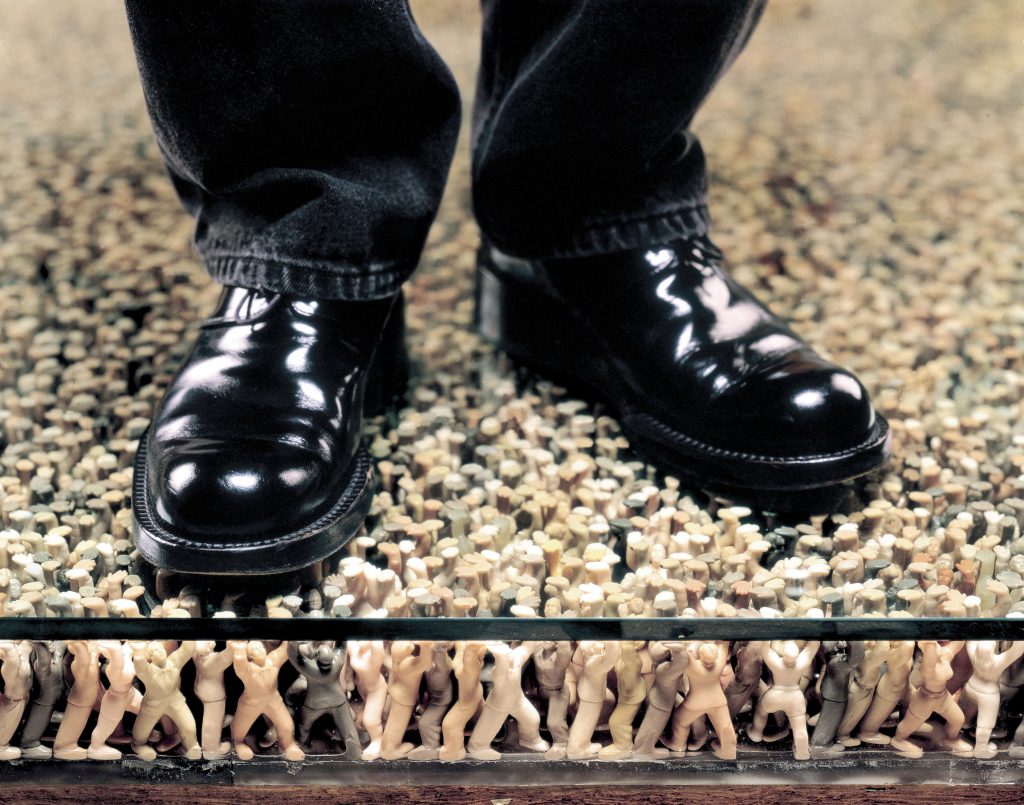 The statement announces that the APA “strongly opposes” a proposed rule change by the U.S. National Labor Relations Board (NLRB) that would hold that “students who perform services—including teaching and/or research—for compensation at a private college or university in connection with their studies are not ’employees'”, and thus do not have a federal right to unionize. Students have had that right since 2016.

On the APA website and via email with the organization’s members, the Board of Officers accompanied the statement with the following:

The above comment also maintains the APA’s historical position in support of its members’ right to unionize, which was codified by the APA board in 1976 on the recommendation of an ad hoc committee on collective bargaining and unionization.

You can read the full statement here.

There seem to be a few problems with grad students unionizing. First, grad students are typically woefully ignorant about the structure of the university. This isn’t directly a problem, but it leads to the second, which is that grad students tend to have inconsistent ideas about how they should be compensated and their expectations about work load. And third, grad students are just temporary entities at a university, with little investment in the long term health or trajectory of the department or university (relatedly, this is why grad students should have little to no say in hiring decisions). The decision to unionize, to me at least, seems ripe for disaster.Report

A skeptic
Reply to  Lukas

Yes, but why should the officers of the APA care, Lukas? As usual, as with painfully many academics nowadays, they seem to have little concern with the consideration of what will happen as a result of their decisions. They merely look at an issue, determine whether it seems on the surface to further the interests of some group that seems to have been historically disadvantaged, and then weigh in with a Statement if they determine that it does. The details and complexities never even come into question. Only looking and feeling good does.Report

Do you think this reasoning also applies to adjuncts?Report

1. Policy decisions are almost never choices between the presence and absence of problems; rather, they are choices about which problems to live with. So pointing out that a policy would leave us with problems may be informative, but itself doesn’t constitute a strong objection.
2. Giving a party more power than they had before is not the same as putting them in charge. Providing institutional encouragement to listen to less powerful voices is not the same as as requiring obedience to those voices.
3. The degree to which people are ignorant about some thing is not necessarily fixed; it is to some degree related to how useful it may be for them to educate themselves about that thing, or how useful it is for others to educate them about that thing.

These considerations themselves don’t settle anything, but perhaps our discussion of this and related matters would be improved by keeping them in mind.Report

Justin, I appreciate this and take your point(s). I was trying to register problems that I rarely see mentioned in these discussions and that I believe to be worth thinking through. I think the biggest worry is (3), namely that grad students are not typically permanent entities thereby invested in the long-term outlook of the university. This is also a huge difference between adjuncts (who should be able to unionize) and grad students. In either case, I think your three points are good considerations in favor of grad student unions.Report

The issue isn’t really about being in favor of grad student unions, but about whether they should get federal protections if they want to unionize. Lots of workplaces have the right to do so, but don’t form unions, because they feel fairly treated. I suspect this would vary from university to university as well – since conditions vary. And even if they do unionize, a contract needs to be bargained. I would think that universities would balk at giving, say, grad students veto power over hiring decisions, for just the reason you give.

On the compensation issue, having had no prior notion about how grad school in philosophy works, I found the idea of a full tuition waiver, plus a significant stipend for teaching one class a term, staggeringly generous. (I think I literally had to sit down when reading the award letter), I would have greeted my fellow graduate students’ calls for “fair” compensation with an incredulous stare.Report

AJKReider’s thoughts match mine.
When I thought about whether the APA should issue this statement (I had a vote), it seemed to me that in some cases unionizing would be a bad idea. But the statement doesn’t favor or urge unionization. It is about maintaining the *right* to organize. The statement is very clear about this in the first paragraph that Justin quotes.

The graduate student representatives to the APA put serious thought and deliberation into their contribution, and the result of the online poll of the membership was overwhelmingly in favor of the APA making a statement in support of the right of graduate students to unionize.Report

Lukas, I can’t tell where or if you were a grad student but, when I was one, I had an exquisitely clear idea of how much work I was doing and how much I was being compensated for it. Further, I’m not sure that having a clear idea of the structure of the university is necessary to understand fair compensation for work done.I work at an SLAC and have served on all-college budget committees for years. As best as a faculty member can, I understand the structure of the college. I don’t see how this matters at all to the question of fair pay for fair work. Clearly, colleges are budget constrained in all sorts of ways and make all sorts of choices. The discussion of paying living wages rarely comes up in budget discussions. What comes up the question of whether your institution is or is not not competitive with similar institutions. Finally, your third point can also be made about all contingent and pre-tenure faculty, effectively encompassing >75% of the professoriate. Do you really want to be arguing that only tenured professors with full knowledge of the structure of their institution should be unionizing? Funny how those are the people least in need of a union…Report

There seem to be a few problems with football players unionizing. First, ball players are typically woefully ignorant about the structure of the league. This isn’t directly a problem, but it leads to a second, which is that ball players tend to have inconsistent ideas about how they should be compensated and their expectations about work load. And third, ball players are just temporary entities in the league, with little investment in the long term health or trajectory of the team or the league (relatedly, this is why ball players should have little to no say in hiring decisions). The decision to unionize, to me at least, seems ripe for disaster.

More seriously, if these problems, as they arise in the case of graduate students are so ripe for disaster, I’d be interested to hear of all the disasters that have, in fact, befallen unionized departments, like the one I was a part of a decade ago at UC Riverside (I confess I missed the disasters, though perhaps it was because I was blinded by the regular pay raises and the significant reduction of students per discussion section that occurred while I was there due to a new collective bargaining agreement). Perhaps even more to the point, the policy at hand is not about the prudence of grad student unionization, but of the rights of grad students to join/form a union. Even if you had successfully argued against the wisdom of unionization, what can we conclude about the right of students to unionize on the basis of its imprudence?Report

Graduate students at Michigan (where I earned my PhD a decade ago) have long been unionized, and it does not appear to have resulted in any severe problems.

I’m not sure how recent negotiations have gone, but while I was there the union leadership was really quite knowledgeable about the University and appeared to be genuinely invested in improving the position, not just of current graduate students, but of future ones as well. We were generally well-compensated, and we had quite good health coverage. And, needless to say, U of M itself continues to thrive, both financially and academically.

Whenever the issue of graduate student unionization comes up, there are always lots of predictions of (generally unspecified) harms–to the university, to the progress of research in labs, to the student-advisor relationship, etc. But currently existing grad unions, I think, should lay these worries to rest.Report

We went through this at my R1 a bit ago, and I think it’s fair to say that it’s hasn’t gone well for everyone, including the graduate students. Funding has gone up about 20%, which has had the effect of fewer graduate students getting funding overall. So it’s had the effect of creating a two-tiered society, where some students have funding, and others don’t (or have less funding).

As Lukas says above, too, the governance is really hard to do well: in part because there’s such a high turnover in the relevant principals–even at top R1’s, you’ll often have more M.A.’s than Ph.D.’s, which promotes a revolving door.

That said, I do agree that places like UM have figured it out, but that situation is *such* an outlier in terms of every relevant consideration, especially funding and prestige. Do we really think the UM “experience” can translate to far less elite institutions? I’d be really skeptical on that one.Report