“Many readers—from peer reviewers to journal readers—are underprepared to discern that a plagiarizing work has already appeared in print in another language under different authorship.” 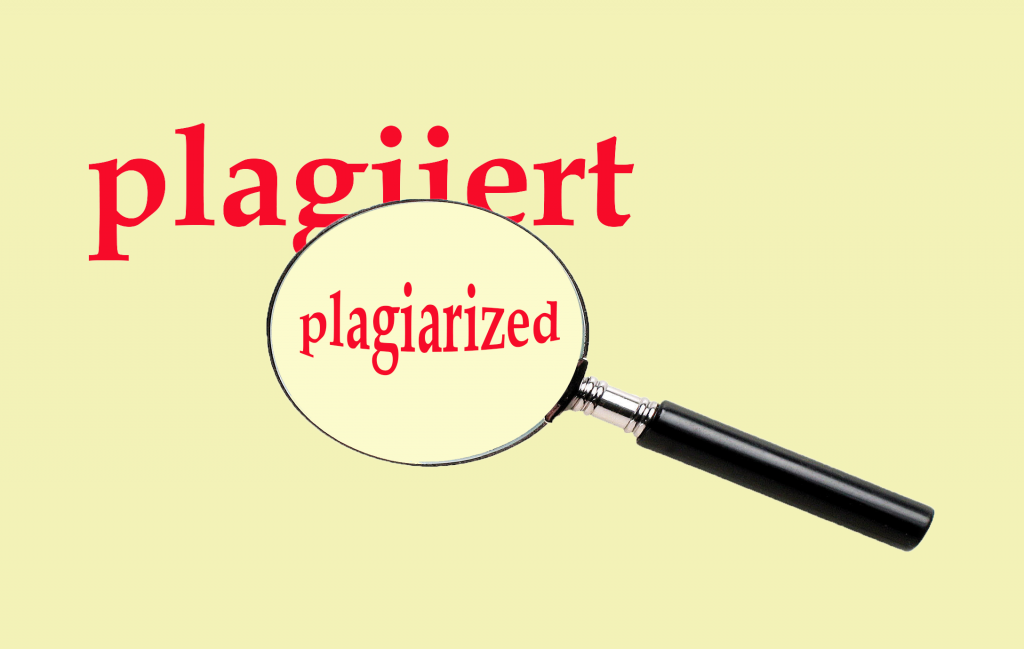 Translation plagiarism, “an especially subtle form of disguised plagiarism”, is passing off as one’s own writing text and ideas originally written by someone else in a different language. As Dougherty notes, “this conversion of a text to another language creates a distance between original and copy that many readers may fail to overcome.” It also resists detection by standard text-matching software.

But the problem is important, Dougherty believes:

Acts of translation plagiarism are especially pernicious violations of research integrity. Many years—even decades—may pass between initial publication and the eventual discovery of the plagiarism. During this time, the plagiarizing article may have accrued many citations, thereby contaminating the downstream research literature. That much time often passes between publication and discovery should not be surprising, since the plagiarizing article is in a different language than its source, and a one-to-one word correspondence between original and copy is not always preserved given the syntactical differences between languages as well as the interpretive license of translators. Even when acts of translation plagiarism are discovered by readers, presenting evidence of the plagiarism in a demonstrable way may be challenging, and finding a receptive forum is not always assured. Plagiarism whistleblowers are often subject to backlash and reprisals after reporting evidence of suspected research misconduct (Fox and Beall, 2014). Despite these obstacles, however, the identification of acts of translation plagiarism and the subsequent retraction of such plagiarizing articles are necessary steps for improving the integrity of the published research literature.

Dougherty’s main example of translation plagiarism is the 2001 article, “Rationality as a Condition for Intercultural Understanding” by Peter Schulz (University of Lugano), published in Studies in Communication Sciences (SComS). (Readers may recall Schulz from this previous post ) Dougherty writes: “In short, Schulz’s article largely consists of undocumented English translations of key passages from two German books by philosophers Stefan Gosepath and Peter Stemmer. Much of my article is proving the translation plagiarism.”

At least the story has a good ending. Dougherty later submitted his article to Theoria, and when it was published, he wrote to Studies in Communication Sciences requesting the retraction of Schulz’s article on the basis of translation plagiarism and editorial misconduct. A few weeks ago, Dougherty reports, “SComS published a retraction for Peter Schulz’s article that states, ‘This article was retracted due to translation plagiarism.'”
Related: “Philosophy’s Plagiarism Patrol“

This is an old, old story, as those who’ve read the classic campus novel “Lucky Jim” may recall…Report

similar type of plagiarism happens in other disciplines too. Recently Oxford professor Anna Lora-Wainwright (geography) was found committing misconduct for failing to “credit”, in her award-winning book, the Chinese professors who actually conducted the field survey & discussed the results in Chinese: https://www.independent.co.uk/news/education/education-news/anna-lora-wainwright-book-plagiarism-oxford-university-professor-chinese-research-a9169311.html more detailed complaint can be accessed here: http://www.forhead.org/upload/201907/22/201907221334191605.pdfReport

Examples are numerous and, surprisingly, colleagues don’t care a lot when such examples are provided. Here is one, which is outstanding, considering the sheer proportion of translation, easily checked when comparing both texts, but which flew under the radar for 20 years or so
https://pubpeer.com/publications/40152EAA3081FCCAC76F2962A627A8Report