In 2014, March 7th fell on a Friday. That evening, I shared news of the site in a personal Facebook update that began with: “Philosofriends, are you for some reason or another in need of a new place on the internet to share news that might be of interest to other philosophers?”

I will admit that I knew the answer to that question. As I put it in a post at Daily Nous the next day:

“My sense from observing the current scene and conversing with my friends in philosophy is that people want to be informed about what is going on in the profession, but are a bit weary of some of the current providers of that information. Daily Nous aims to provide information about the profession and to do so in a less-weariness-inducing way. We’ll see if it works.”

Five years later, we can ask: “Is anyone feeling less weary?” 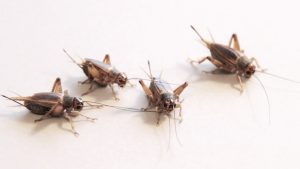 In retrospect, perhaps our weariness isn’t the best metric for measuring how well Daily Nous is doing. We may not be less weary overall, but that may be only partly owed to my failures. I’ll take responsibility for some problems—clearly Donald Trump’s electoral victory was owed to backlash against my pro-diversity postings here—but there have been some positives, too.

I’m going to talk about those positives a little right now, and then turn to what it is like to run this site, then mention some plans for the near future, and then express some thanks.

1. The Welcoming of the Many and the Waning of the Jerks

I’m proud of the role Daily Nous played in breaking up a toxic concentration of power in our profession the year it began. I’m happy about how since then it has provided a platform for the sharing of news, information, and ideas for a profession increasingly welcoming of philosophers with a broader range of philosophical concerns and methodologies, from different academic, cultural, and personal backgrounds, who hold varied ideas of what philosophy is and what we should do with it. I’m glad to have helped, along with many others, shepherd in what I once called “the new consensus”—a set of attitudes “that rejects acquiescence to abuses of power in philosophy, one that seeks to overturn rather than turn away from the profession’s problems, one that seeks to support rather than silence the vulnerable.” I feel lucky to have been in a position to use my role at DN to provide assistance to various members of the profession facing various personal and professional problems.

The differences between today and 5 years ago are significant. The then-dominant pose of philosophical jerkiness, broadcast to susceptible graduate students from a dominant profession-wide blog, is now on the wane, owing to competition from kinder and more cooperative approaches to philosophical engagement, and an increased willingness to call people out when they are being needlessly obnoxious or insulting. Sure, the profession still has its jerks, but the good news is that they matter a lot less. This goes for philosophy’s loudest jerks. (Graduate students and untenured professors may understandably not want to become the bizarre fixation of a senior member of the profession who insults them, tries to get them fired, attempts to dox their supporters on social media, mocks their advisors, and gets so obsessed in a quest to destroy them that he doesn’t realize the negative information they’re passing on is part of a hoax, and never apologizes for spreading falsehoods about them. Fortunately, the chances of any of this actually affecting your career or employment prospects nowadays are next to nothing; amazingly, this used to not be the case!)

Sometimes the jerks show up at Daily Nous, despite my comments policy, my moderation of comments, and my periodic advice to commenters. That’s my responsibility, and I’m far from perfect at taking care of it. Sometimes I make a bad call. But the truth is, I can’t make the comments sections good by myself. I need good commenters. As I’ve said before, I hope that “those who have been reluctant to contribute to discussions here because of their dissatisfaction with the tenor of the comments decide to join in. To them I say, ‘be the commenter you want to read on the blog.’”

Though we’ve made progress, we still have a way to go before philosophy is sufficiently welcoming to all it should be. It will help if philosophers can adopt towards each other—especially towards those philosophers very different from them—a charitable mindset we can call “presumptive trust.” That is, you begin your engagement with someone by trusting that they are competent, know what they’re talking about, and that they are at least as smart and skilled at their thing as you are at yours, and you convey this trust in your interaction with them and as you process their ideas. Try it. It’s not just a way of being better to other people. You’ll find you learn a lot, too. (By the way, this is a pretty good way to approach everyone, not just fellow philosophers.) 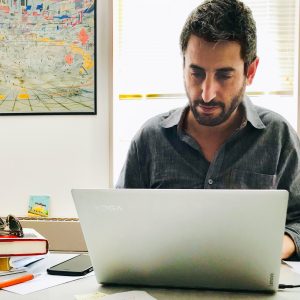 To start with the positives, it is clearly a privilege to be able to serve the philosophical community in this way. I am grateful that so many people find the site worthwhile. And it is amazing that I can write up ideas on a matter of professional interest that will be read by thousands of people around the world the same day, and sometimes lead to engagement with even more people when picked up by the higher education press and mainstream media. I’ve had the opportunity communicate with, meet, and learn from people I otherwise would not have, and as a result I’ve grown as a person and as a philosopher. I feel like through Daily Nous I can make a positive difference in our profession and in the world, and I consider myself very lucky to be able to do this.

The main downsides concern time: the amount of time running the site takes, and the urgency of journalism.

The site takes hours of each day, and a lot of it is for “invisible” work: reading through possible material for the site (only a tiny fraction of which gets posted about), answering emails, and dealing with the business and tech parts of the site. I’m not the fastest writer, so even when a post is largely a summary of someone else’s writing elsewhere, it takes me a while to get the words on the page. I try to have an image accompany each post, and sometimes it takes a while to find the right one (though I do enjoy having this excuse to explore and discover art). But time on the blog means less time for other work.

I mentioned the urgency of journalism. I wasn’t prepared for this. Philosophy is not in a rush. Ideas percolate in an individual over years, and in a tradition over centuries. But in journalism, timeliness is important. This means that my days are often subject to constant interruption: potentially newsworthy items might be brought to my attention at any time, and I will sometimes feel the need to post about some things immediately. This feeling was much stronger earlier on, when DN was establishing its credibility. But even now I may feel the pressure to be the first to post about something. On top of that are the comments. Comments from first-time commenters, or comments with certain trigger words in them, or comments from certain people, need approval before showing up. At times I feel like Harrison Bergeron, with my phone and its notifications for comments to be approved turned into a device to keep me from thought.

The bottom line is that running DN has meant writing less substantive philosophy, which I am not happy about. I’m not an especially prolific philosopher, but I have a book project on disagreement I would really like to get done, and I struggle with how to keep DN’s drain on my time under control. It would be nice to have more time to relax, too.

I’ll mention one last thing about running DN: it has been weird to be the object of attention of strangers who seem very concerned with what I’m doing, and who believe they know a lot about me on the basis of what I write here. There are some people out there who really hate me. The intensity of their feelings, as much as their content, surprise me.  I have very thick skin and the well-developed ego of a privileged and economically secure white man, so I don’t feel particularly threatened by this. But it has taken some getting used to. 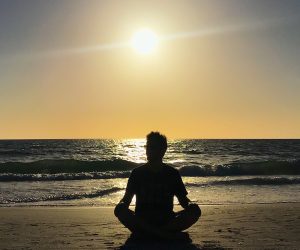 I have two very cool projects in the works for you folks. The first is about bringing philosophy to the rest of the world, and the second is about making online space for more substantively philosophical discussions. If I can get it together, you’ll be hearing about the first of those next week.

Philosophers, I love you. Thank you for visiting Daily Nous, reading and sharing the posts, and taking part in the discussions.

Thank you to my wonderful comic artists: Rachel Katler, Tanya Kostochka, Ryan Lake, and Pete Mandik. Thank you to Michael Glawson, who puts together the online philosophy resources weekly update. Thank you to John Hunt, my technical consultant.

Daily Nous will continue, and with any luck will continue to improve. If you have suggestions for the site, feel free to share them. 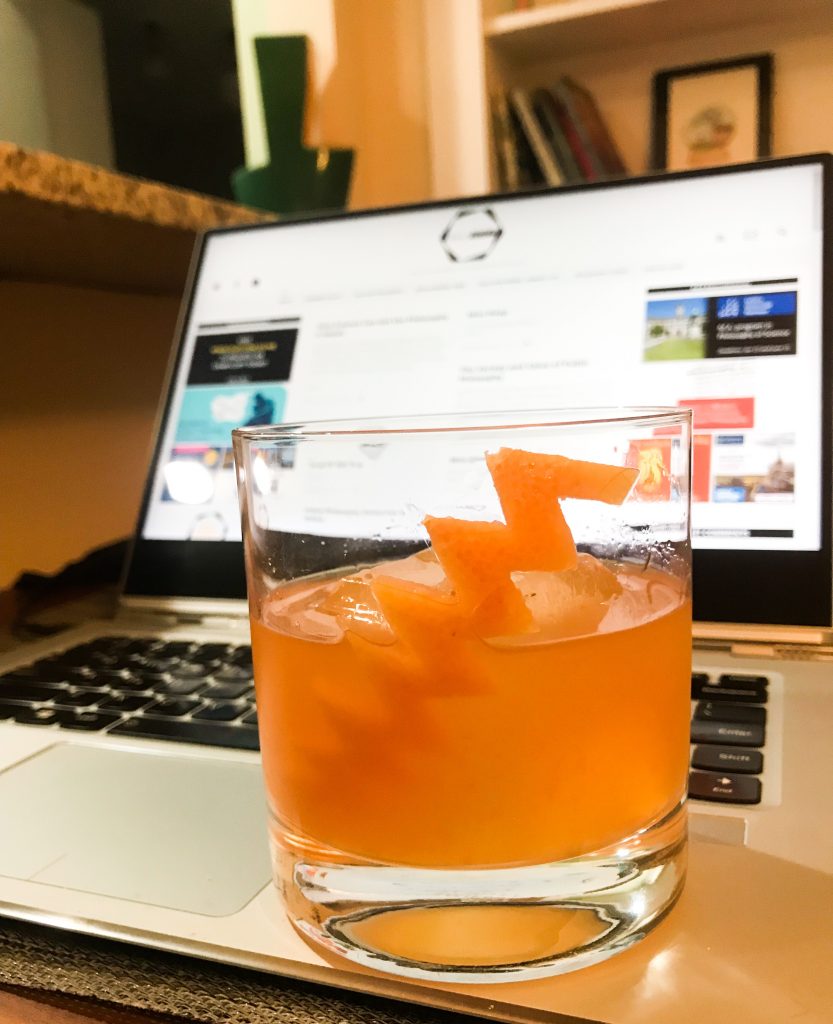 Ok. Time for a celebratory drink and some tunes (possible DN theme song). Have a goodnight, everyone!