John Bagby, a PhD student in philosophy at Boston College, has created multiple visualizations of the argumentative structure of Spinoza’s Ethics and put them online for the philosophical community.

The visualizations allow readers to see and explore how different parts of the text are related to one another, in different ways. Here’s what the “grid by part” graph looks like as a whole: 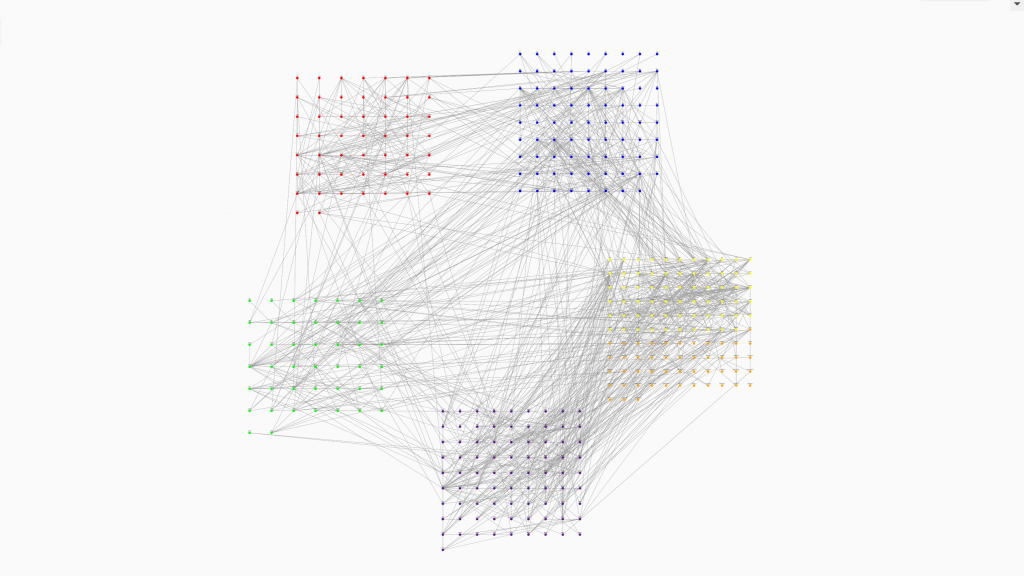 You can click on one of the nodes, each representing a passage in the text, and see its connections with other passages: 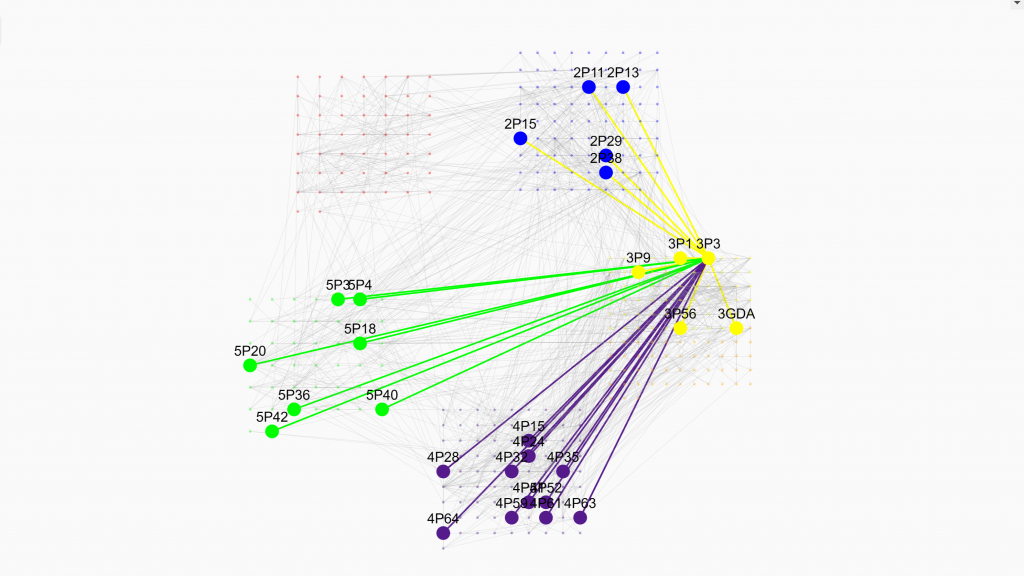 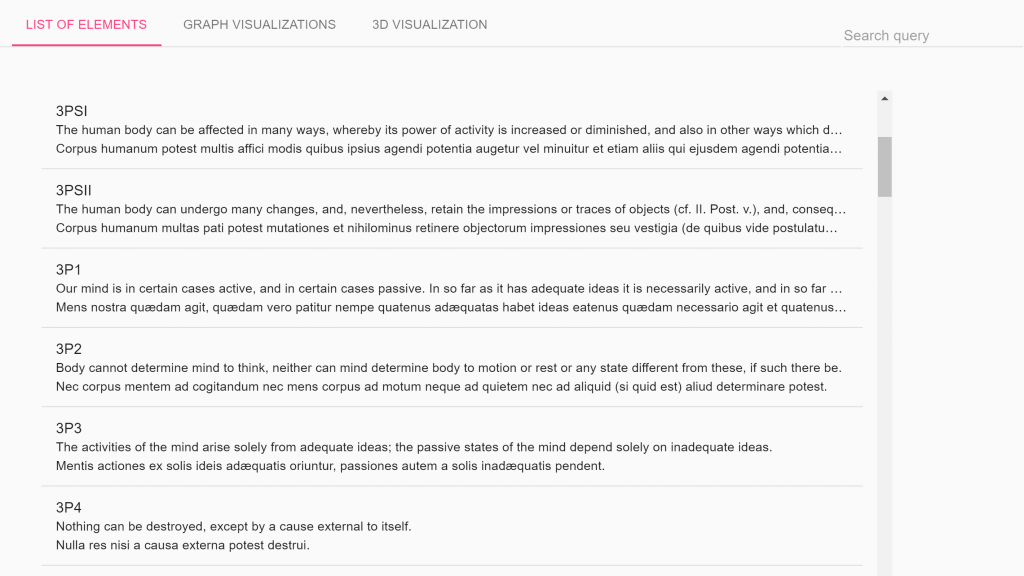 Which you can consult as you zoom in: 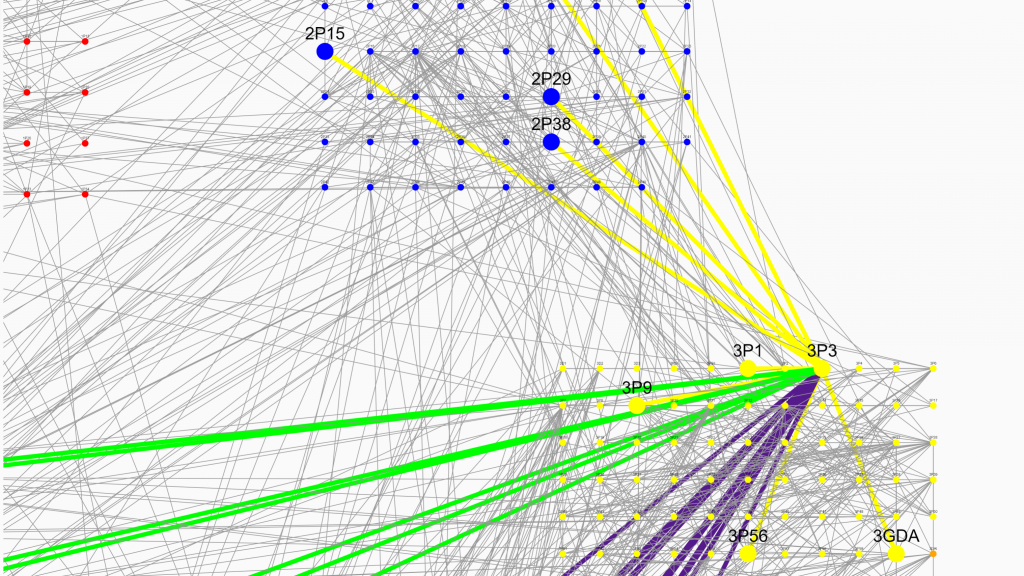 If you don’t care for the grids, there are other visualizations. Here’s a view of the “circle by part” format: 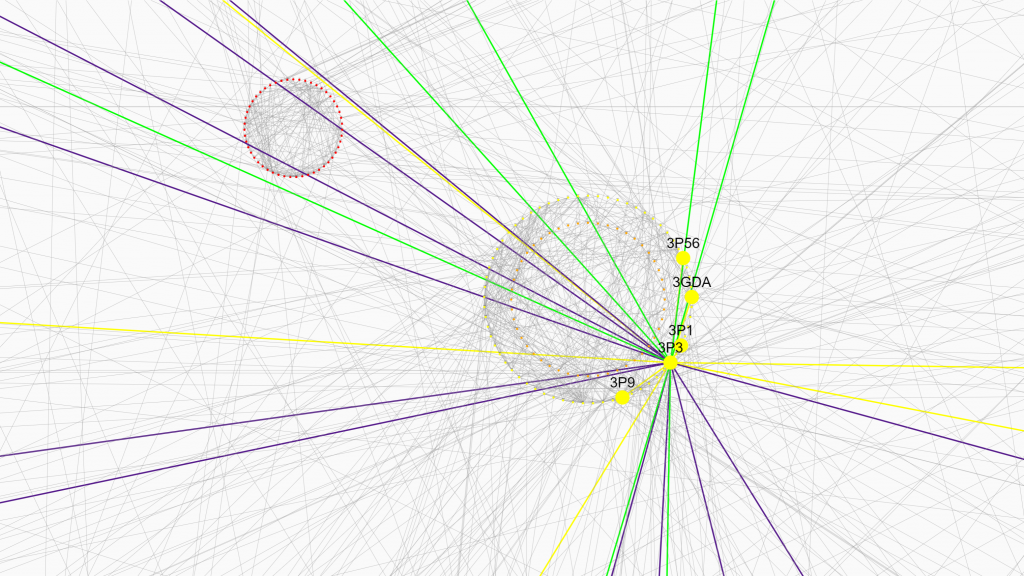 There’s even a “3D” version of the map which you can spin around and fly through. I found that one a bit unwieldy, but perhaps others more familiar with such visualizations will find it helpful.

The project was led by Mr. Bagby, supervised by associate professor of philosophy Jean-Luc Solère, with engineering by Calvin Morooney and Ben Shippee. It was funded by a couple of internal technology grants at Boston College.