“Our goal is to create a repository of semantic maps for a large range of philosophers and freely share those maps with anyone who’s interested,” says philosopher Mark Alfano (Delft University of Technology and Australian Catholic University). But he needs your help.

At his blog, he writes

You may recall this guest post from last year, in I shared my digital humanities approach to Nietzsche scholarship. If you thought the approach was promising, you might be interested in this opportunity to collaborate. I know about Nietzsche, but I’m not an expert in the vast majority of of figures in the history of philosophy. So I’m teaming up with Marc Cheong (Monash), a computer scientist and philosopher, to crowd-source the semantic-network approach to other figures. 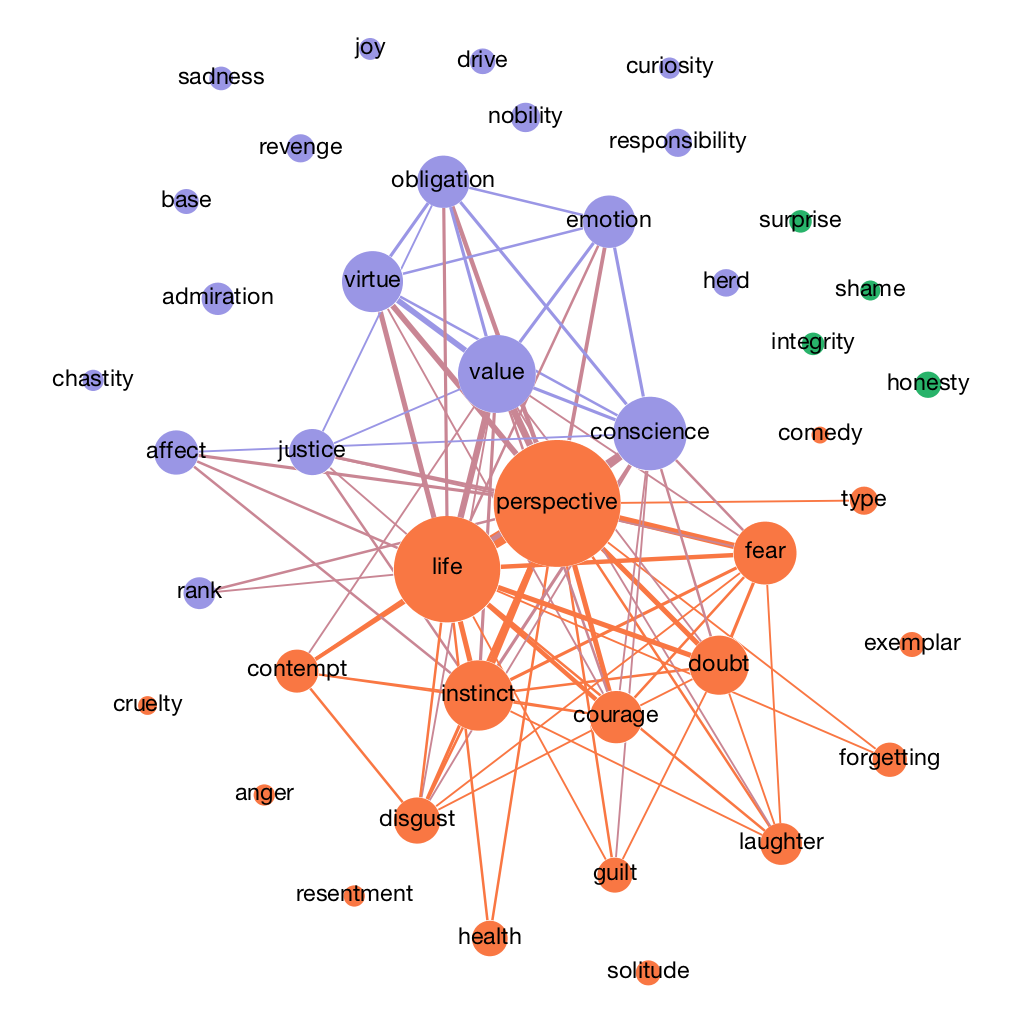 Semantic map of Nietzsche’s concept of perspective and related concepts

This project promises several benefits. First, it will generate attractive and freely sharable teaching materials. Semantic maps are a nice way to introduce students to a new philosopher. Just project a slide of (or print) the semantic map associated with that philosopher, then explain which concepts are central to their work and highlight some of the most important connections between concepts. Second, it will help to diversify the canon. We explicitly seek crowd-sourced expertise on figures from under-represented groups. Making these semantic maps available will, we hope, encourage other researchers to explore the work of philosophers that they might otherwise neglect. Finally (and more narrowly self-interested), anyone who contributes to the crowd-sourcing will be included as a co-author in resulting publications.

Alfano and Cheong have created a shareable document on which to gather information. For instructions and the link to it, as well as more about the project, go here.