In February, in the chapel of San Quentin State Prison, seven philosophy undergraduates from the University of California, Santa Cruz faced off against a group of prison inmates—in an ethics discussion. 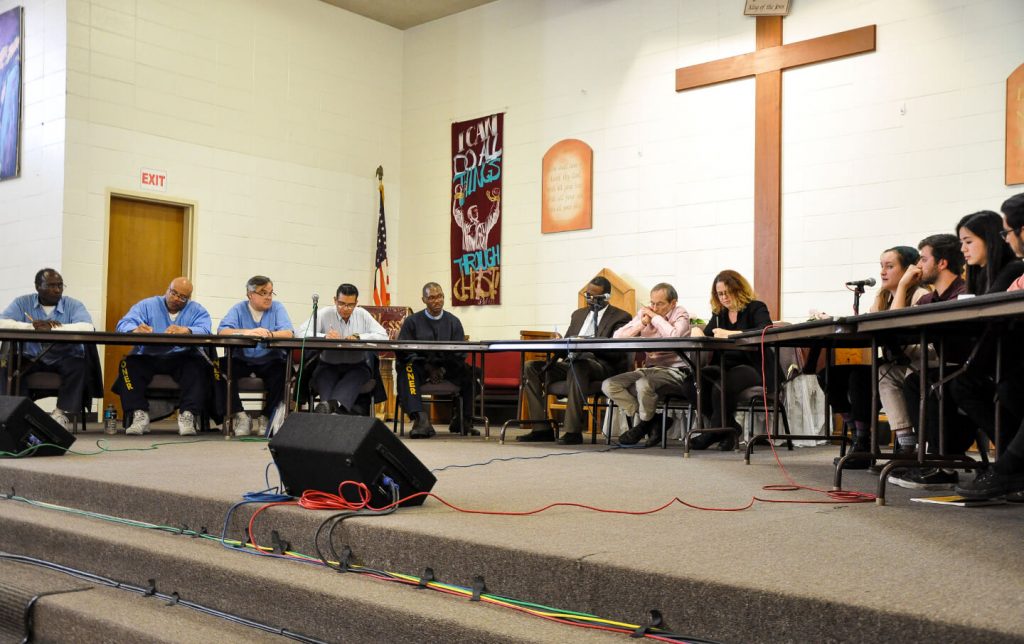 The event was a project of the UC Santa Cruz Center for Public Philosophy (CPP). Philosopher Kyle Robertson, assistant director of the center, had been teaching inmates at San Quentin ethics, along with the mechanics of “ethics bowl” competitions, in which teams grapple with assessing and addressing realistic moral problems. It was the first event of its kind at the prison.

In an article about the competition, Robertson is quoted describing it as a “smashing success”:

But it was no small feat logistically… Because in the prison environment, everything runs on a tight schedule, and control of that schedule is entirely in the guards’ hands, not mine. We had to alter the format a little—for example, we made a 10-minute break in the middle of the round, because all of the inmates had to file outside for a count at that point. All inmates in the state of California are counted around 4 p.m., whether they are relaxing on the yard or competing in an Ethics Bowl.

Jonathan Ellis, associate professor of philosophy at UC Santa Cruz and founder and director of the CPP, notes that ethics bowls differ crucially from debates, as they “set the goal of truth and understanding over the goal of persuasion.”

The issues discussed at the San Quentin ethics bowl were: “Should we change a rule made by the American Psychiatric Association that states it is unethical for psychiatrists to give a professional opinion about public figures they have not examined in person?” and “Is it ethical to boycott, divest, and sanction Israel for its actions in the West Bank and Gaza Strip?”

Ellis says, “There was an integrity there that really stood out to me, in the way that both teams—but especially the San Quentin team—engaged with the questions that were posed, showing a sincere respect for the complexities of the thinking and reasoning required by the difficulty of the issues.”

You can read more about the ethics bowl here. Below is a brief video about it.