The following is a guest post by Shen-yi Liao, assistant professor of philosophy at University of Puget Sound. A version of it first appeared at Medium. 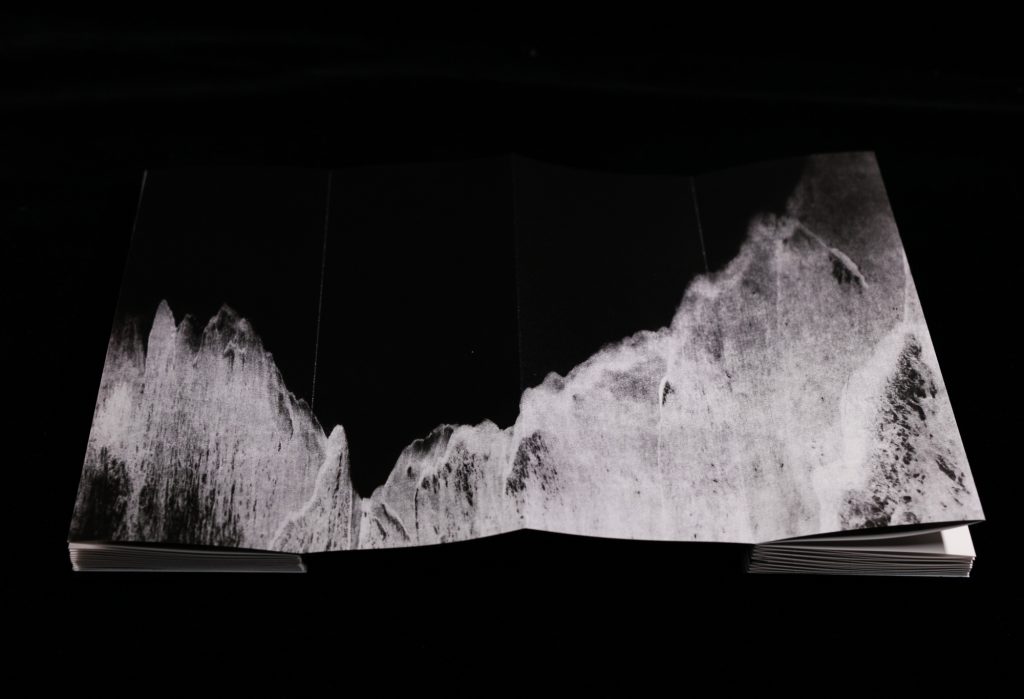 How is This Course Intro to Philosophy?
by Shen-yi Liao

Kristie Dotson’s “How Is This Paper Philosophy?” (2012) argues that the pervasive culture of justification within the profession makes philosophy unattractive for diverse practitioners, especially members of marginalized groups. Questions like “how is this paper philosophy?” signals the existence of certain norms that make some philosophical works legitimate and others not. Crucial to the culture of justification is the assumption that such legitimation norms are commonly-held and univocally relevant. Given these assumptions, compliance with legitimation norms confers positive status; for example, papers that are norm-compliant are thought of as real philosophy.

Introduction to Philosophy
Thankfully, my department and university give us much latitude to teach introduction to philosophy the way that each of us wants. In recent iterations, I have been teaching a course themed on language, knowledge, and power. Here’s the reading schedule from last semester’s version of the course: 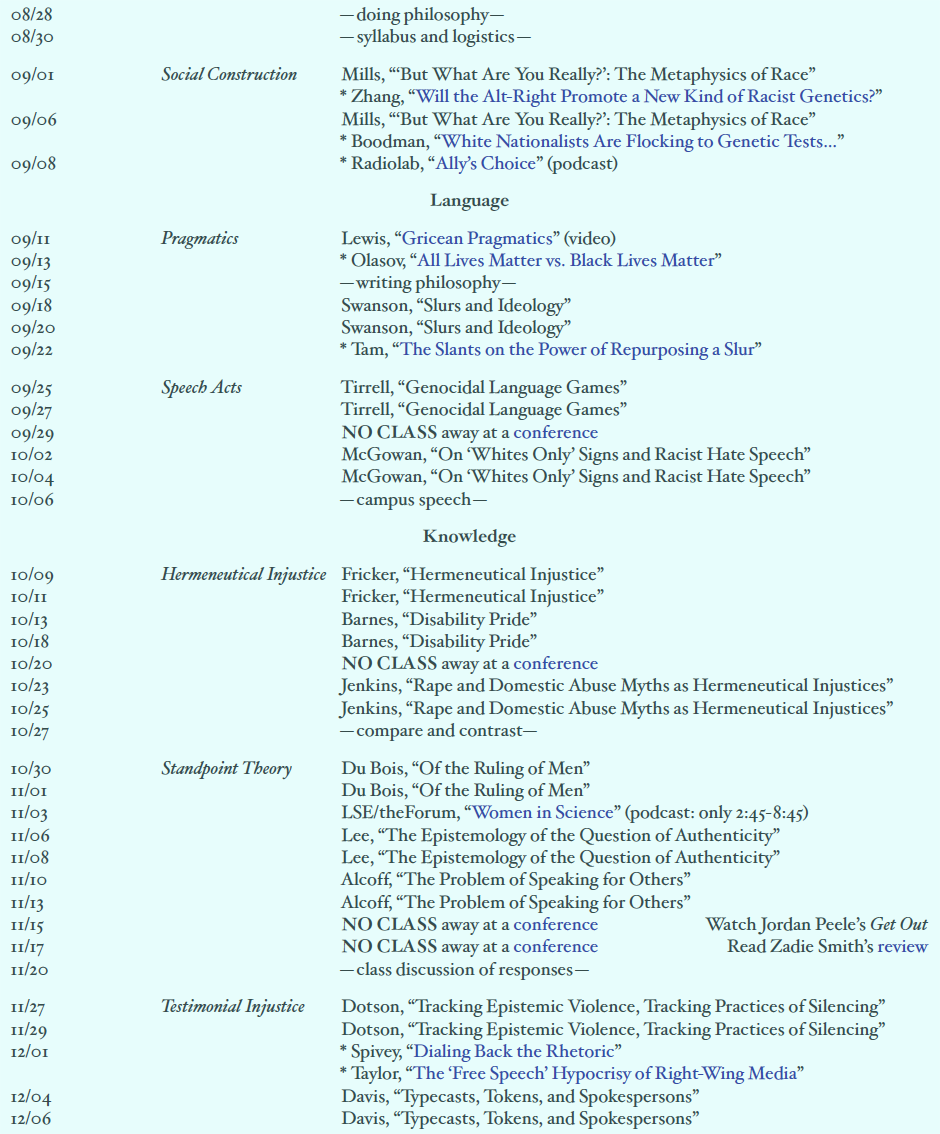 In many respects, it’s actually a rather orthodox course: we talk about ideas of Grice, Austin, and Quine; we read papers by philosophers employed in prestigious mainstream analytic departments; we talk about metaphysics, language, and knowledge.

Yet, many students seem to be asking “how is this course intro to philosophy?”

For example, one student commented:

I would like to say —at the beginning of the semester, I felt I’d been mislead and was frustrated, as I was expecting this course to revolve around the “foundational” philosophers like Plato, Aristotle, etc. However, looking back on what I’ve learned and read, I’m really grateful to have had exposure to this school of thought, as I doubt I would’ve thought about these issues at such a depth had I not taken this class.

On RateMyProfessor I have gotten accusations that I am not teaching real philosophy. “Taking PHIL 101 from Sam felt more like taking a 200 level class on sociology.” “The first half of the class wasn’t even philosophy. It was a sociology class.” In fact, even students who really like the course express the same sentiments:

PHIL 101 ended up being much more informative than I was initially expecting. Although a discussion about old Greek men who thought a lot before eventually drinking hemlock wouldn’t have been wholly dissatisfying, it pales in comparison to the direction in which you took the course.

I think these student responses demonstrate just how pervasive philosophy’s legitimation norms are. They are not only held by professional philosophers; they are even implicitly held by first-year students for whom this might be their first exposure to university-level philosophy.

One theme that has emerged from the research on philosophy’s pipeline problem is the significance of “pre-university factors”. For example, even before taking any university-level philosophy course, women are already less interested in majoring in philosophy. That is, it’s their pre-conception of philosophy that makes them uninterested.

In my course, I really try to emphasize the practical pertinence of philosophy — concepts like hermeneutical lacuna or exercitive act can be incredibly helpful for understanding inequalities in our social world. This emphasis is one part of what Dotson calls the culture of praxis (in contrast with the culture of justification) that includes “value placed on seeking issues and circumstances pertinent to our living, where one maintains a healthy appreciation for the differing issues that will emerge as pertinent among different populations”.

Given the responses I get, I sometimes even wonder whether students come in thinking that philosophy should be practically impertinent. (If it’s pertinent, it must be sociology!) If so, then that might be yet another harmful effect of philosophy’s culture of justification. Despite many wonderful efforts of public philosophy in recent years (such as Hi-Phi Nation), it seems that a problematic pre-conception of philosophy remains on the minds of many students before they get to university.

These efforts arose, in part, as responses to philosophy’s various inclusion problems, including the pipeline problem. The hope is that, to simplify a bit, diversifying the content of philosophy courses can give students a more pluralistic understanding of philosophy. I am, obviously, sympathetic.

These efforts have gotten pushback from some professional philosophers. Predictably so, given the profession’s culture of justification that Dotson identified. But the responses I get suggest another source of pushback: from the students themselves. When the syllabus fails to include canonical figures like Plato and Aristotle, students might worry that the course is not really philosophy (even if they like the course).

Language, Knowledge, and Power
To be clear, this post is not about criticizing students for their pre-conception of philosophy. Their responses are, to me, completely understandable, in the social context that we live in. But what’s the best way forward?

For now, I’ve capitulated. The next iteration of this course will be—pending approval—taught under the name “Language, Knowledge, and Power”. (Here’s the syllabus, and I welcome your feedback!) And I think doing so makes the most sense for various esoteric institutional reasons. But still, I wish courses like mine could just be taught as Introduction to Philosophy without getting questions like “how is this course intro to philosophy?”.