The Berggruen Institute has begun soliciting nominations for the second winner of its $1 million “Berggruen Prize.” The inaugural winner was Charles Taylor. Who should win it this time around?

One development is worth noting: last year, the prize was called the “Berggruen Philosophy Prize,” while this year, the word “philosophy” does not appear in the name. Similarly, last year, the prize was pitched as aiming to “recognize and encourage philosophy in the ancient sense of the love of wisdom and in the 18th Century sense of intellectual inquiry into all the basic questions of human knowledge.” This year (see below), the prize aims to recognize “humanistic thinkers whose ideas have helped us find direction, wisdom, and improved self-understanding in a world being rapidly transformed by profound social, technological, political, cultural, and economic change.”

In short—and this fits with remarks made at the recent Pacific Division meeting of the American Philosophical Association (APA) by Berggruen Institute President Craig Calhoun—the pool of potential winners of the Berggruen Prize includes more than just those who’ve held academic positions in philosophy. 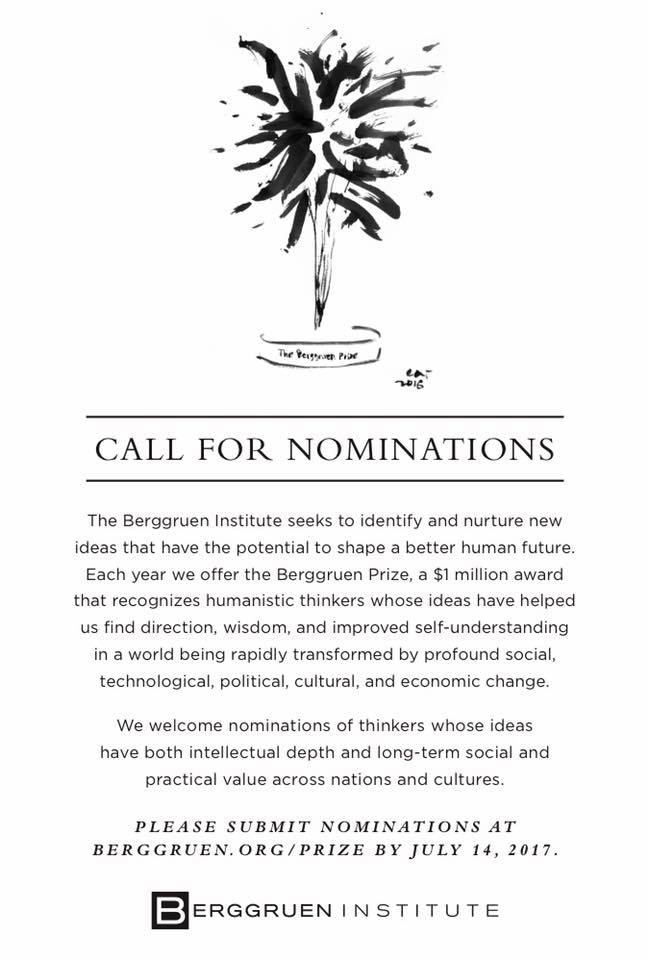