Charles Taylor, professor emeritus of philosophy at McGill University, is the winner of the inaugural Berggruen Prize.

The prize, awarded by the Berggruen Institute (previously reported upon here), is $1 million. The Institute says:

The Berggruen Prize is awarded annually to a thinker whose ideas are of broad significance for shaping human self-understanding and the advancement of humanity. It seeks to recognize and encourage philosophy in the ancient sense of the love of wisdom and in the 18th Century sense of intellectual inquiry into all the basic questions of human knowledge. It rewards thinkers whose ideas are intellectually profound but also able to inform practical and public life across the range of world civilizations.

Professor Taylor was chosen for the award by a nine-member jury (listed here) headed by Kwame Anthony Appiah (NYU).

As a New York Times article about the prize reports, this isn’t the first large award Professor Taylor has won:

Mr. Taylor’s previous honors include the 2015 John W. Kluge Prize for the Achievement in the Study of Humanity (shared with Jürgen Habermas), the 2007 Templeton Prize for achievement in the advancement in spiritual matters and the 2008 Kyoto Prize, regarded as Japan’s highest private honor. Both the Templeton and Kluge prizes also carry cash awards of more than $1 million.

The prize will be bestowed on Professor Taylor in a ceremony in New York on December 1st, the Times reports.

Given the timing of the award, the Institute’s founder, Nicholas Berggruen, may be hoping that his eponymous prize becomes known as philosophy’s Nobel. 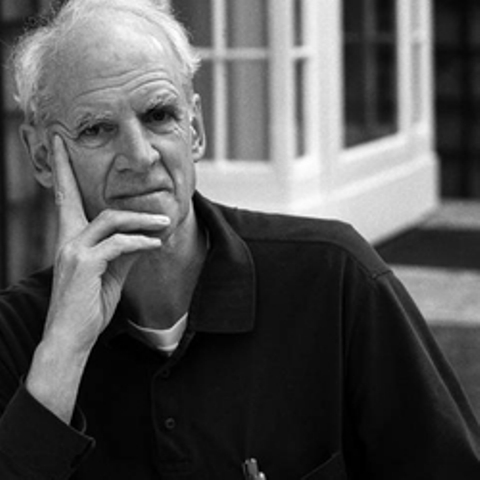 Congratulations to Charles Taylor. He has given me something to aspire for. I may be just an Independent Scholar in Philosophy, but if this Berggruen Prize becomes our Nobel, I want to be a recipient of it one day. I know if I work hard enough and keep honing my craft I can do it.Report

Berggruen, the founder of the institute, resp. the price, is a finance-investor. In this capacity he somehow encourages think-tanks (called e.g. “Council on the future of europe” or “21st century council”). Having contacts to high-rank politicians on those occasions he apparently is able to make connections proportionate to his business. He buyed the german Karstadt-group (mainly department stores with highly attractive real estates) years ago for a “symbolic euro”. After that some property, e.g. in Hamburg, was disposed for millions. I think this committee was right (and any other would be right) in saying that Mr. Taylor is a “thinker whose ideas are of broad significance for shaping human self-understanding and the advancement of humanity”. On the 1st of December I will be keen to learn about in which business Mr. Taylor will reinvest the price-money. With many congratulations from Germany where Mr. Taylor’s thoughts are uptaken .Report

Congrats to Charles Taylor, but what does he need with a (another?) million dollar prize? Was there research he hoped to do, but just couldn’t find the funding for? Were there teaching requirements or material needs holding him back from continuing his other philosophical work?Report

The prize is not need-based. Nor, as I understand it, is it awarded for the purpose of funding a sabbatical.Report

Sure. So what is the intended function of such prizes? If their purpose is to encourage and enable scholarship, a windfall of money near the end of a long and productive career doesn’t seem to be a very effective way to do that. But if it’s just to provide a nice windfall to someone, then there are certainly worse ways for millionaires to spend their money, but I’m not sure why the rest of us should be terribly interested.Report

Clearly is meant more as a lifetime achievement award. But it is interesting how good philosophical work has been done without such carrots dangling in front of our faces to this point. Is the introduction of this prize supposed to up everyone’s game?Report

Haven’t noticed Nobel prizes inducing this sort of scrutiny of what sense it makes to attach money to those awards, which, apparently like this one, are not needs based nor intended as funding for further research. I wonder why, in contrast, a prize to a philosopher instigates this sort of questioning.Report