The Berggruen Institute’s Philosophy and Culture Center (previously) is now accepting nominations for its one million dollar philosophy prize, to be awarded to “a living thinker whose ideas have deeply influenced society and our way of life.”  The prize is “intended as a life time achievement award for a modern day Socrates.” Nominations are due by May 31st, 2016, and the winner will be announced in October.

The prize is intended to bring greater attention to the ideas that shape culture, inspire movements and catalyze ideological shifts. The legacy of great thinkers throughout history still permeates our way of life, from the Platonic ideal of a reason-based society and Confucian ideas about social order to the post-Reformation Era ideas of consciousness. Today, numerous prizes are rightly awarded for invention and achievement in science and the arts, but few prizes recognize ideas that have broader philosophical and cultural impact. The Berggruen Philosophy Prize will return attention to profound thinking with the recognition and support deserved for their globally significant contribution. Thinkers from all languages, religions and/or philosophical traditions are welcome. A diverse, independent jury of leading thinkers will consider nominations and select the awardees.
More details here. 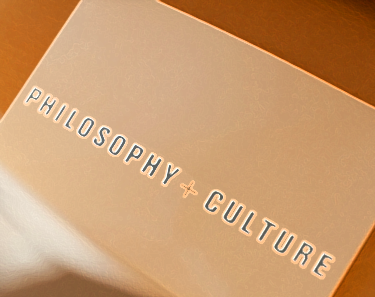 Peter Singer would seem the obvious candidate. (Incidentally, he has pledged to donate the entire million to effective charities if he wins this prize!)Report

okay but before he donates it, he should drop a mixtape on iTunes & Amazon where he raps about blowing a million like it’s nothing, then donate the prize *and* the royalties of the mixtapeReport

Now, 2021, Peter Singer finally does win the prize. He is donating half of the cool 1 million to The Life You Can Save, and swears he has never taken a single cent from the organization himself.

More than a third goes to organizations against factory farming.

I predict a man, as 90% of the advisory board and 90% of the academic board are men. What a great way to foster cross cultural inquiry!Report

So if a male philosopher is picked, it’s because he is a man? Are you suggesting that the men who occupy this board will vote based on gender? Do you have any evidence for why we should think that these individuals who occupy the board are most interested in the gender of a philosopher? Can you give us some names and some data on the names listed?Report

Consider the odds of a fair coin landing heads in the same proportion. They’re incredibly low. Some form of (lower case b) bias must be present to explain this result and the many others like it. Likewise it seems not unreasonable to guess that whatever is biasing the panel away from a 50% / 50% gender split would bias their eventual croix as well. All of this assumes nothing about the intentions of the panel.Report

I predict a man because most philosophers are men. “most of the advisory board are men” is not necessary.

in fact, “most of the advisory board are men” could even lead to a higher likelihood of a woman being chosen because, barring homosexuals or bisexuals like myself, most guys do not like sausagefests and prefer the presence of women. if you want firsthand experience of this, try organizing any large party.Report

Just yesterday, Peter Singer was announced the winner for 2021. That makes it 3:3.Report