A new school term will be starting soon. Perhaps it is a good time to share with students the following account of their obligations to their professors:

The first obligation, particularly operative during the first weeks of a new semester, is a moderately good will toward the teacher, a trust, a confidence that is willing to admit to oneself that the teacher has probably been through the matter, and, unlike the student, knows where it all leads. I do not want here to neglect the dangers of the ideological professor, of course, the one who imposes his mind on what is. But to be a student requires a certain modicum of humility.

Yet to be a student also requires a certain amount of faith in oneself, a certain self-insight that makes a person realize that he can learn something that seems unlearnable in the beginning. This trust in the teacher also implies that the student, if he has trouble understanding, makes this known to the teacher. Teachers just assume that everything they say or illustrate is luminously clear. A student does a teacher a favor by saying, “I do not understand this”. But the student should first really try to understand before speaking. To quote Augustine again, students should “consider within themselves whether what has been explained has been said truly”.

The student ought to have the virtue of docility. He owes the teacher his capacity of being taught. We must allow ourselves to be taught. We can actually refuse this openness of our own free wills. This refusal is mostly a spiritual thing with roots of the profoundest sort in metaphysics and ethics. In the beginning, we only have a “blank tablet”, as Aristotle said of our minds, but it is a brain we have and not just nothing. We can only discover something, even ourselves, by being first given something.

Students do not, as St. Augustine said, go to schools to learn what professors happen to think. Rather, they go that they might, along with their professors, hear together the “inner truth” of things, a grace that engages all alike in one enterprise that takes them beyond the confusions and confines of the classroom to the heart of reality, that to which our own intellects ought to “conform”, as Aquinas said, when we possess the truth. When a teacher, crusty as he may be, sees his students leave his classroom for the last time at the end of some fall or spring semester, he wants them to carry with them not so much the memories of his jokes—though he hopes they laughed—or his tests, but the internal possession of the subject matter itself. The student ought to become independent of the teacher to the point of even forgetting his name, but, not the truth he learned. This latter is what education is about—not about class lists and rank and the tenure of professors.

So the student owes to his teacher the effort of study. A good teacher ought to exercise a mild coercion on his students, a kind of pressure that takes into account their lethargy and fallenness and distractions, a pressure that indicates that the professor wants the students to learn, lets them know it is important, a pressure that has a purpose of guiding the students through the actual thought process, the actual exercise of the mind on the matter at hand. Few students, on being given The Republic of Plato or The Confessions of St. Augustine to read, will bounce right up to their room, shut off the stereo, cancel a date, and proceed to ponder the eternal verities in these books. The teacher who assigns such books—and a university in which they are not assigned has little claim to that noble name—always must wonder if the intrinsic fascination, the thinking through of such works will somehow reach into his students’ minds. He hopes that the next time they read Plato or Augustine, they will do so because they want to, because they are challenged by them, and not because they might receive a C- grade if they do not.

Those are the words of Reverend James V. Schall in “What A Student Owes His Teacher,” which is an excerpt from his book, Another Sort of Learning. (And yes he knows that teachers have obligations to students, too.)

The piece was brought to my attention via an essay by Tom Nichols, a professor of national security affairs at the U.S. Naval War College, on democracy and today’s lack of respect for expertise. That’s a piece also worth reading, if just for the misery-loves-company aspect of it. Choice quote:

It is simply exhausting—at least speaking from my perspective as the policy expert in most of these discussions—to have to start from the very beginning of every argument and establish the merest baseline of knowledge, and then constantly to have to negotiate the rules of logical argument.

All at once, philosophers: “Welcome to the club.” 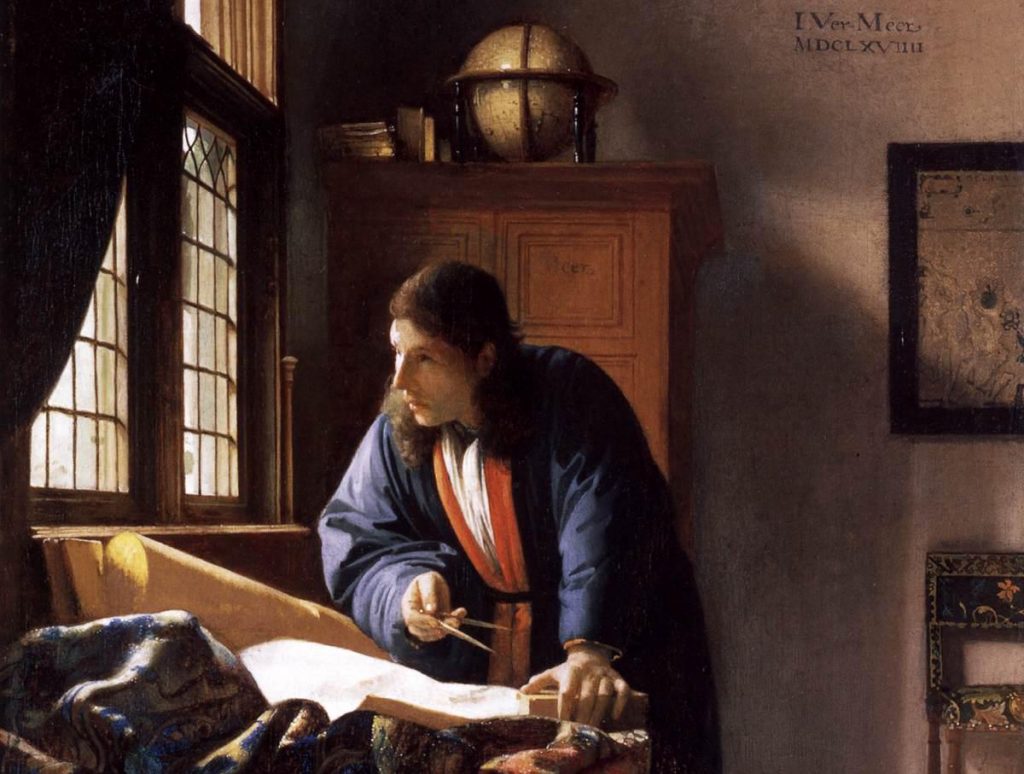 So what’s with the male gendered pronouns in this piece? It’s really strange.Report

The piece was published in 1988 and written by a Reverend who at the time was 60, so that’s what’s with them. ◔_◔Report

what obligates students to this list?
reminds me of the ever growing syllabi that profs hand out to try and obligate students to various duties and or to avoid pleading/bargaining which of course students don’t bother to read let alone obey…Report

but how do teacherly concerns become student obligations?
if profs are seriously concerned about student’s intellectual welfare perhaps it would be better to focus on what they can control like resisting grade inflation, joining the struggles of adjuncts, or making more time for slow readings of texts, no?Report

In practice it seems all my professors who said something along these lines up front (e.g., “check your egos at the door”) ended up being self-absorbed people with ego problems themselves.

Perhaps truly effective teachers can gain this kind of respect from students simply by demonstrating their effectiveness thru teaching.Report

This kind of makes me feel weird, even though I see where this guy’s coming from. He wants good students who listen, put in an honest effort, occasionally try a bit more than their already good usual, and trust that the teacher knows what their doing. But then the words that express that are just so weird. Even for a 60 year old minister in 1988, I feel like saying a person should be docile is weird, but maybe it’s just me. Also, I hope he says that “[students should exercise a] mild coercion on [their teacher], a kind of pressure that takes into account their lethargy and fallenness and distractions, a pressure that indicates that the [student] wants the [teacher] to [do their best], lets them know it is important, a pressure that has a purpose of guiding the [teacher] through the actual [teaching] process.” At least this passage under-emphasized that sentiment with a small “hey, tell me when you don’t get it dude.” Know that we hear what yall say in the lounge, or at the colloquiums, because there’s always a legit undergrad there, but also that the same undergrad is waiting to fawn over their good teachers.Report

I understand that people in the comments section are expressing their own personal takes on the piece and so are expressing their concerns about how some things said in the piece may go against their personal or group norms etc. But jeez. It seems to be an expression of how an ideal student should behave. The lack of gender neutral or female pronouns and the use of what some seem to perceive as oppressive language or whatever is really besides the point. I get that there’s always a need to critique etc. But at least make some good points.Report

I think this “virtue of docility” might be in serious tension with the instinct for critical engagement that Philosophers aim to inculcate in students. When I think of my best students, “docile” is the last word I’d use, because they consistently rebel against the things I’m saying. Not, of course, by standing up and throwing bricks, but by trying to point out the ways in which I might be mistaken.Report

Mangled sentence in the section on “Reconstructing Liberalism:” “Rather, liberalism it for modern societies, usually in a more socialist and radical direction.”