Academia is a selfish sport.  From the time you begin graduate school, you are rewarded for self-absorbed fixations on your personal advancement and narrowly focused research… Opportunities are rare, time is short, and prioritizing yourself at the expense of others is encouraged, even as there is a veneer of service, public engagement, and commitment to your own students’ education….

When I finished my PhD, I had an unusual opportunity to meet with an administrator in what she called an exit interview.  I am not sure what she learned for me, but that hour of her time shaped me as a scholar, teacher, and person.  She explained that she had concluded that selfishness was the most common trait that all faculty shared.  As she explained her conclusions, it was difficult not to agree with her that my people were pretty uniformly afflicted, and that I personally teetered on the verge of choosing the same path.  She said that I would need to figure out what it was in my field that caused our selfishness if I hoped to be something different.

In the years since, I have felt several times like there were moments when I chose not to become a selfish historian, when the choice seemed clear and ever so tempting.  I have also spent time recognizing and expressing gratitude for genuine generosity in my field and my profession, hoping to encourage others the same way that administrator unselfishly reassured me.

The foregoing is from an essay, “The Unselfish Academic,” by Michele Grigsby Coffey, an historian at the University of Memphis. It is an appreciation of an historian and philosopher of science who is dying. (I do not know whether this person wishes to be identified by name here, so unless I hear otherwise on that this person will remain nameless; please respect that in the comments.) The essay continues:

Today, I realized that I had failed in expressing my gratitude as fully as I should have as I learned that one of the least selfish historians I know is quickly dying of cancer.  She is someone who has accomplished something rare in a field where we talk about the personal lives of others professionally and with enthusiasm.  Of all that I have heard others in our field say about her, it has all been kind and positive.  My experience of her as a professional and a human demonstrated that trait which I most prize in my colleagues: unselfishness…

Now that I sit in my office, calmly engaging students during catastrophic moments in their lives, I realize she must have had publication and conference deadlines even as she spent time with me, though it never seemed as if she was rushed or had any more important task.  The unjust thing about choosing the unselfish path is that you do not always get the recognition that you deserve as you are making sacrifices for others.  I am certain that I never told her own much her generosity of spirit meant to me at the time.  I should have thanked her long ago rather than silently appreciating her role in keeping me moving toward a life I love.  But, I do so hope that she knows that a piece of what that I do for others, as I try to choose unselfishness, is attributable to her sacrifice and her model.

“I should have thanked her long ago rather than silently appreciating her.”

What good can come from the awfulness that is a colleague’s impending premature death? At least this: an encouragement to share stories of professional generosity, to communicate your appreciation while you can, and to try to exhibit yourself her admirable qualities. 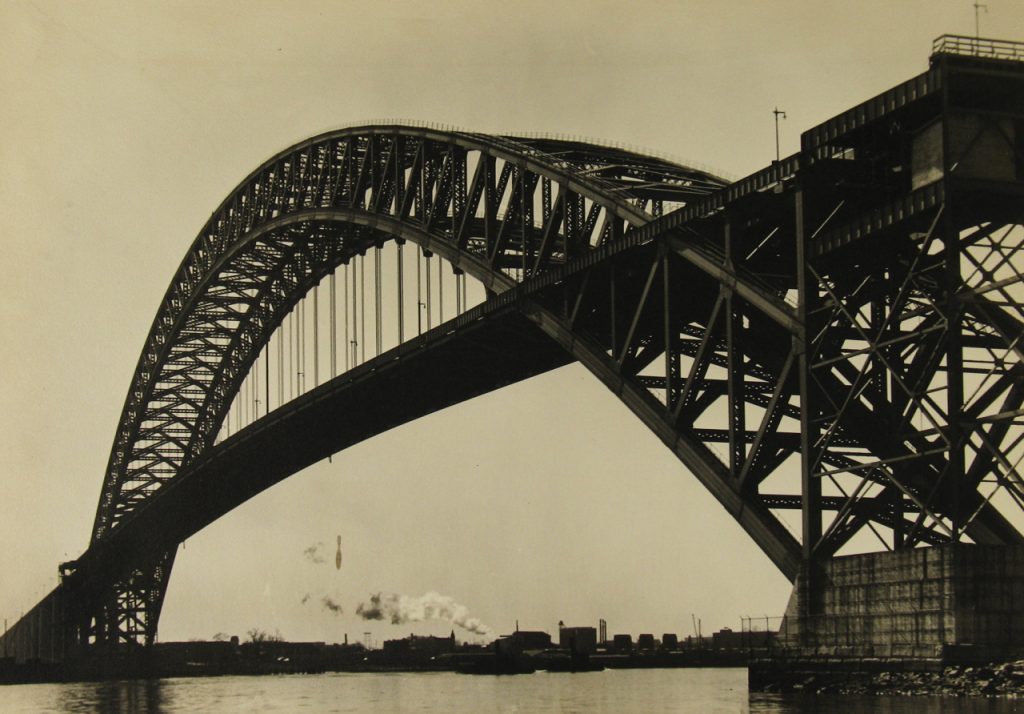 Margaret Bourke-White, “View of the Bayonne Bridge and the Port of New York”

I had a professor, as a graduate student, who went above and beyond in helping me with my academic and personal life. I would have never had the success I have had without his help. At the time I took it somewhat for granted, for I did not know how rare it was to have someone who cared so much. After talking to and observing other graduate students, his unselfishness was rare indeed. Thank you.Report