The summer issue of The Hedgehog Review is out and features a symposium, “On the Business of Philosophy.” The main element of the symposium is Richard Rorty’s Page-Barbour Lectures at the University of Virginia, with responses from Susan Haack (Miami), Robert Pippin (Chicago), and Matthew Crawford (Virginia).

The symposium is about what philosophers are supposed to do, as philosophers. From the introduction:

In his landmark 1979 book, Philosophy and the Mirror of Nature, [Rorty] spoke across the two reigning and antagonistic philosophical schools (the analytic and the continental) to assert the futility of all efforts to represent or “mirror” what reality truly is. Rorty, however, chafed at the label relativist. He saw himself as an American pragmatist in a line descending from William James and John Dewey. As such, he took “truth” to be simply the highest accolade a community of thinkers can bestow on what it agrees is, for a time, the most convincing account of something. So what, then, is the proper business of philosophy? What should philosophers get on with? Which pursuits should they cede to others, and to whom should they cede them?

University of Virginia Press won’t allow a copy of the entire Rorty lecture, “Universalist Grandeur and Analytic Philosophy,” to escape beyond the paywall (check whether your library has a subscription). But here is a little bit of what’s beyond the brief excerpt they provide:

Russell and Nagel share Plato’s aspiration to universalist grandeur. Both agree with him that there is, in the end, no middle way between making unconditional truth-claims and simply saying whatever strikes you as agreeable to say. There is nothing between the attempt to attain the universal, the aspiration that sets humans apart from the brutes, and giving way to our lower desires, our transitory feelings, and our unjustifiable idiosyncrasies. So the pragmatists’ suggestion that contemporary physical science be thought of simply as the best way to cope with our environment that we have come up with so far strikes Russell and Nagel as a symptom of moral weakness as well as of intellectual error. So does Emerson’s suggestion that there is no enclosing wall, no permanent circumference, to human life—only endless opportunities to transform ourselves by expanding our imaginations…

Understanding mind and language, the Wittgensteinians say, is a matter of understanding culture and, in particular, understanding the evolution of the social practices in which we currently engage…

This Wittgensteinian view can be summed up in the claim that there is nothing intermediate between neurons and social practices for either philosophy or cognitive science to study. To study what makes human beings special is to study such practices—to study culture. We neither have nor need a bridge between the neurons and the practices, any more than we need one between hardware and software. Software is just a way of putting hardware to use, and culture is just a way of putting our neurological equipment to use. To understand how hardware works is one thing, but to understand the uses to which it is put is something quite different.

So much for my sketch of the battle lines within contemporary analytic philosophy of mind and language. I hope I have made clear that this is not a battle about alternative solutions to common problems. It is about whether the traditional problems of modern philosophy are to be taken seriously or set aside. As the battle has worn on, it has come to look more and more like a disagreement about what sort of thing philosophers should take themselves to be doing, about the self-image of the discipline. I hope that my account of the matter helps explain why philosophers like Nagel, who still aspire to universalist grandeur, see W ittgenstein and Davidson as cultural disasters…

The thought that Russell and his followers put their discipline on the secure path of a science is very dear to most analytic philosophers, as is the claim that training in analytic philosophy makes for greater conceptual clarity. So one of the reasons Wittgenstein, Sellars, and Davidson are viewed with suspicion is the fear that to take seriously Wittgenstein’s suggestion that we should not ask about meaning, but only about use, is to leave the gates open to obscurantism and sophistry. For if there are no such things as meanings to study, but only the constantly changing uses of words to be traced, then there is no such thing as having attained “conceptual clarity.”

The philosophers who are willing to give up on the claim that there are such things as “conceptual questions” to be resolved think that philosophy will have to be satisfied with narratives rather than analyses.

Thanks to some discussion on Twitter, The Hedgehog Review agreed to move (for the time being) the replies by the other authors from behind the paywall (hence the move of this info from the Heap of Links in the left sidebar to here). Here they are:

Susan Haack, “Pining Away in the Midst of Plenty: The Irony of Rorty’s Either/Or Philosophy“:

First, I’ll urge that we are not obliged to choose, as Rorty seems to assume, either clarity or else relevance, either truth-seeking, explanation or else “redescription,” aspiration, meliorism, either science or else poetry, either nature or else culture; but that we can, and should, seek a philosophy that has room for all of these. Second, I’ll show that, long before the now-familiar rivalry between “analytics” and “continentals” took hold, C.S. Peirce, William James, John Dewey, and George Herbert Mead—the remarkable thinkers of the pragmatist tradition that Rorty so often, but so misleadingly, invoked—had shown us the way to just such a rich philosophy of, not Either/Or, but Both/And.

Rorty calls any determination to get things right “Platonism,” and commends thinkers such as Heidegger who, he says, want instead to “make things different.” That is, Rorty reopens the quarrel between philosophy and poetry, in order to side with poetry. But certainly the Heidegger of Being and Time is trying hard to get things right….  Further, it is not clear that poetry can serve the role Rorty wants it to in his polemic against philosophy. Poets often say they hold themselves responsible to reality. A good poem gently startles you with something true, which you only now recognize as having been there all along. We may have to say that Rorty was siding not with poetry so much as with misology.

Robert Pippin, “Just Who Is It That We Have Become? Rorty’s Hegelianism”

It is clear that Rorty believes that…there is a settled view of the problem to be faced: imagining how modern societies could maximize the freedom of individuals, the protection of human rights, and equality of opportunity, balanced with just provisions for order and security. But there is no such settled view. In a turn of events that Rorty admitted puzzled him, at just that moment when the Enlightenment, viewed with the appropriate pragmatist measures, had begun to pay off its promissory notes (relieving the human estate of misery through the technological application of the new science, public sanitation, better medical care, increased life expectancy, and far greater and accelerating prosperity than ever before), the most “imaginative” geniuses in European culture, philosophers like Kierkegaard and Nietzsche and many conservative but modernist poets and novelists, rose up and rejected the whole form of life Rorty assumes as his base line, portraying it as stultifying, soulless, alienated, or spiritually dead.

Thanks to B. D. McClay at The Hedgehog Review for the links.

In addition to a dose of metaphilosophy, this post will also supply you with your recommended daily allowance of cuteness. Behold the hedgehogs: 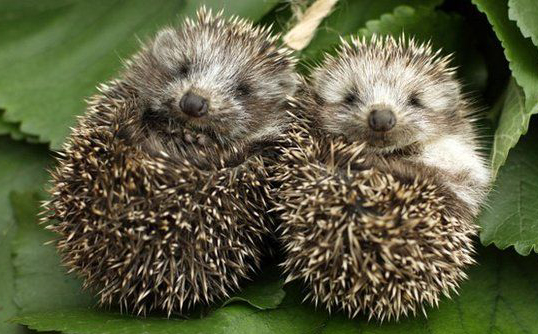 This isn’t to criticize analytic phil of physics or biology, etc.. That is meta-science in a clear way. What is absurd, and which is what Rorty was against, is studying Plato or Kant on forms or things in themselves or ethics or aesthetics and treating it as if they are already set to discover universal truths. Rorty was stating the obvious reality, so often repressed, that the majority of analytic philosophy is not meta-science but just an extension of European discourse about itself as a culture. And yet the European discourse masked with the aura of scientism is made to seem already universal.

Rorty didn’t fully think through this connection between scientism and Eurocentrism. If he did, he could have seen a different path open beyond identifying philosophy with poetry. The alternate is obvious: to speak of universality in philosophy on topics of metaphysics, epistemology, ethics, meta-philosophy, etc. (in other words, most of philosophy beyond logic and obvious meta-science), what is needed is to bring together the diverse philosophical traditions from around the world. It’s a pity he went from a focus on European philosophy texts to focusing on European literature. More paths would have opened up, and he would have been less frustrated, if he had tried to connect European philosophical texts with non-European philosophical texts, and actually practiced the confluence of conversations he valued.Report

If we aren’t seeking truth, distributing truth, or helping other to find truth, what good are we? Why would our work be important and worth funding?Report