The following is an excerpt from an interview of me conducted by Cliff Sosis (Coastal Carolina) at What Is It Like To Be a Philosopher? in 2015. It is from a part of the interview that touches on controversies regarding political correctness and allegedly coddled and oversensitive members of the academic community (especially students).

Sosis: Sometimes with social media—Twitter, Facebook, blogs—it seems like everybody is outraged all of the time, and it seems like we’re reveling in our indignation. Nowadays, is there anything philosophers are outraged by that they shouldn’t be outraged by?

Sosis: haha…well, I’ve heard philosophers who are concerned with the same issues you are concerned with—such as the diversity problem— who have suggested similar solutions to our problems as a discipline, but also argue that we need to toughen up a bit. Is that a mistake, you think?

Weinberg: Where is this lack of toughness? Consider the restaurant diner who sends back his overcooked steak, the person in line who speaks up when another person tries to cut in front, and the neighbor who threatens to call the cops because a party is too noisy. Do these people need to toughen up? We usually do not think so. Rather, these people show they are sufficiently “tough” by complaining out loud about the problem. The diner breaks social norms about congeniality at dinner, the person in line confronts the cutter, the neighbor risks the hostility of the party’s hosts–and we say: good for them. So I find it strange that when people complain out loud about sexism or racism or unprofessionalism or hostility or public mockery or whatever, this is taken as a lack of toughness, rather than evidence of toughness.

Weinberg: There is a distinction being overlooked in these discussions, between “sensitivity” and what we can call “perceptiveness.” When someone reacts badly to “business as usual” it could be because they are more sensitive than others to the same stimulus, that is, they feel it to a greater degree. Or, it could be because they are more perceptive about the existence and variety of problems with “business as usual,” that is, they are able to see different kinds of problems. It is not clear to me why either of these is particularly objectionable, or that we should tell either of these kinds of people to “toughen up.”

Take the unusually sensitive. When you avoidably hurt someone—even when you didn’t know at the time that was what you were doing—do you think the appropriate response is to say “toughen up”? If so, I have news for you: you’re being a jerk. Many of us have probably done this at some point—I know I have. But we know better. When we say “toughen up” to such people, we are saying that having them change their personality is a better option than having us change our behavior. We rarely see that made explicit, let alone seriously considered and defended.

Now look at the unusually perceptive. Here, toughness is beside the point. They are pointing out problems to us that we might not have noticed. Shouldn’t we be paying attention to what they’re saying and trying to learn from it rather than complaining about it?

None of this is to say that people can’t be overly sensitive (in the sense that it would be unreasonable for them to demand accommodation), or mistaken in their complaints. But when I hear the sensitive being told to “toughen up” or those pointing out new problems being waved away, I don’t see the work being done to support these dismissals. What I see is laziness and status quo bias, not to mention a wholly unwarranted and self-serving epistemic overconfidence.

Sosis: Useful distinction, but is that last claim fair? Some of these philosophers certainly seem concerned with the same issues you are concerned with, actively trying to fix them, and they believe that we should also toughen up a bit for our own good.

Weinberg: What I’m curious about is what these paternalistic critics have in mind. Do we expect people to will themselves into a new person? Take drugs? Go to therapy? How easy is it to change one’s personality? I doubt that the critics have thought this through, and I think what they have in mind by “toughen up” amounts to little more than “stop complaining.” So suppose they stop complaining. There may be some professional benefits to that, no doubt. But they get to still feel bad, and the rest of us don’t have to hear about it or do anything about it. That’s one reason I’m skeptical of the claim that they should toughen up for their own good. 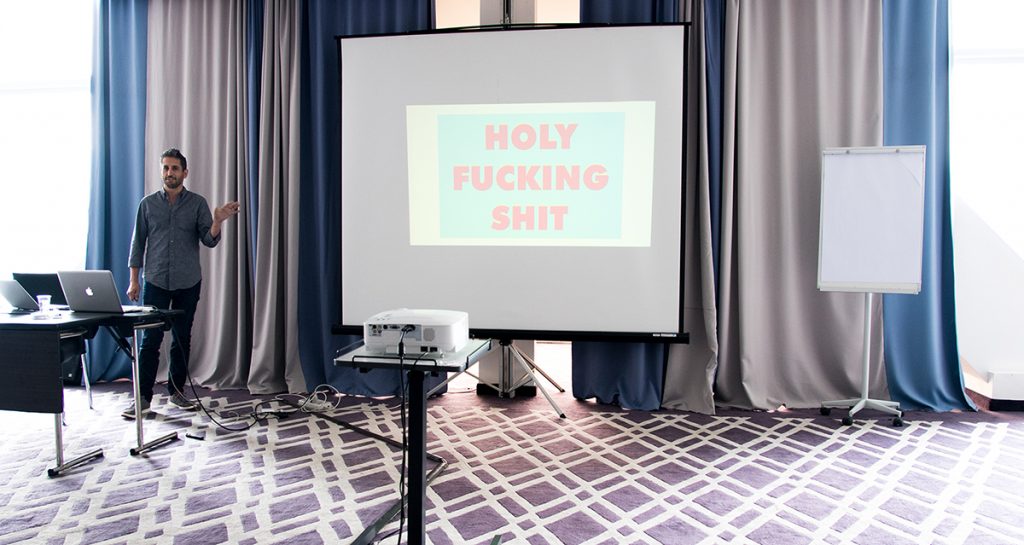 photo by Simon C. May