According to Iran International, a Persian news channel, “Iranian PhD candidate Nasrin Ghaderi, 35, who was studying philosophy in Tehran died on Saturday after being beaten by security forces with baton during Friday protests.” 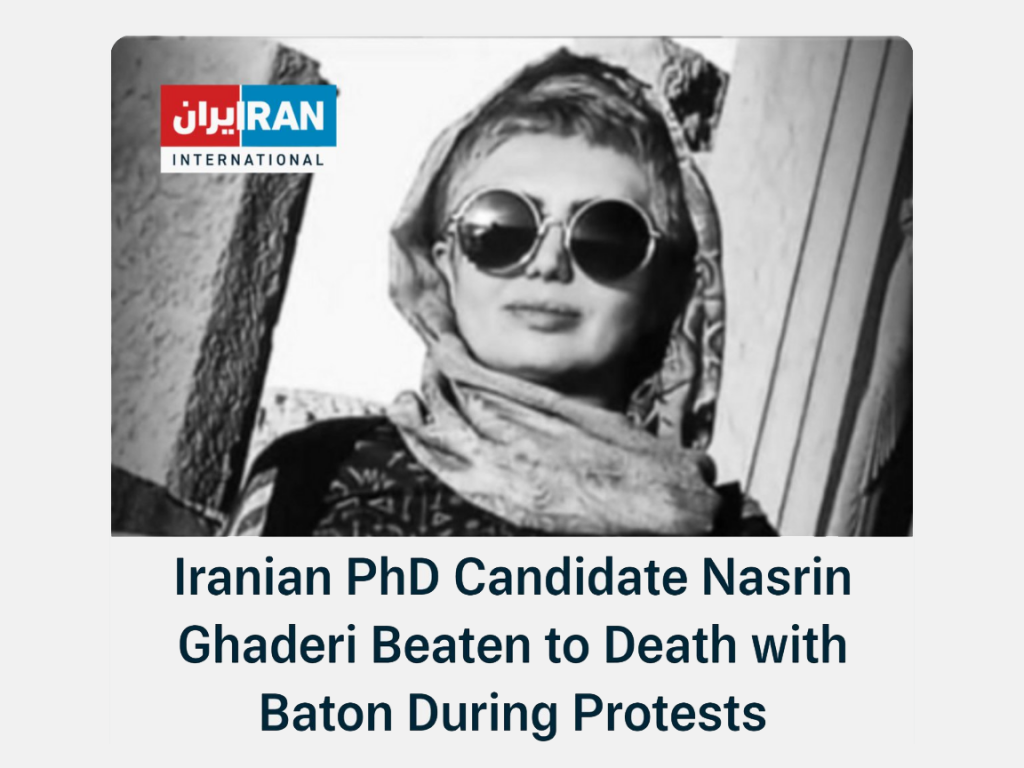 They further report that the family was pressured by the Iranian government to participate in a cover-up of the killing and to say instead that Ghaderi died of flu and underlying disease, and that the official news agency “has dismissed media reports that Nasrin was killed with baton, saying she was ‘spending her normal life’ when her family suddenly lost touch with her, and once their son-in-law broke into her place of residence in Tehran, they found her dead.” The official line does not appear to be convincing many people: “outraged by the killing of Nasrin, the people of the Kurdish-majority city of Marivan have poured into streets today, chanting ‘Death to Khamenei'”.

“A Philosophy Journal That Won’t Accept Submissions from Iranian Citizens?”
“A Philosophical Note #for Mahsa: Fighting for Truth in an Epistemologically Polluted Area”

Pardis Mahdavi of University of Montana mentioned Nasrin today on The World. You can listen (or read) on the role of professors in these protests here: