On September 13th, 22-year-old Mahsa Amini was arrested in Tehran by the “Guidance Patrol” or “morality police” for allegedly not wearing a hijab properly. A few days later, she died in police custody “under suspicious circumstances, due to police brutality according to witnesses.” In the weeks since, large protests have taken place across Iran and elsewhere to condemn Amini’s death, the law requiring hajibs, and violence against women.

In the following guest post, Shahriar Khosravi (Texas Tech University) discusses these protests, their background and the broader political issues at stake, and their relevance to current philosophical questions. 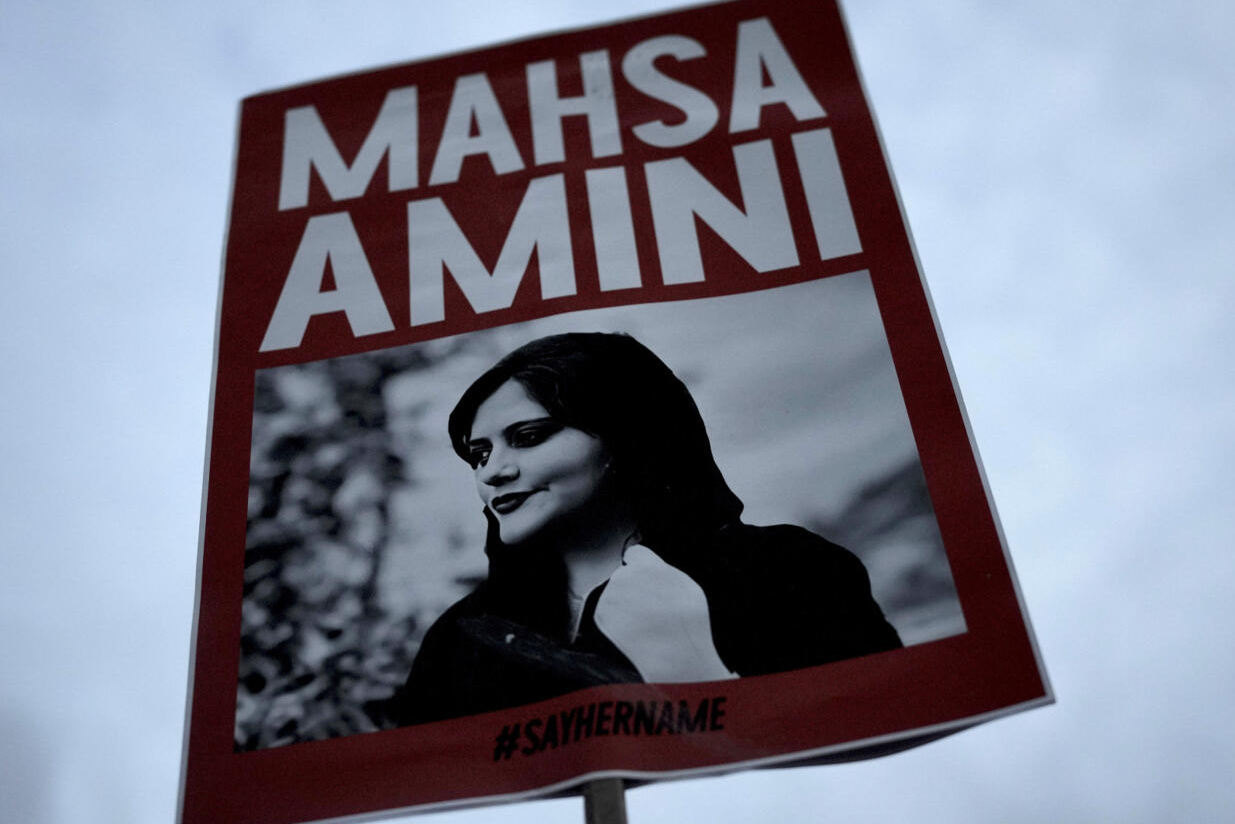 A Philosophical Note #For Mahsa: Fighting for Truth in an Epistemologically Polluted Area
by Shahriar Khosravi

Hijab (a head and body covering for women) has been mandatory in post-revolutionary Iran. This law is terrible, but even worse is the “morality police” in charge of enforcing it. In September 2022, Mahsa Amini, a 22-year-old woman visiting Tehran with her family, was arrested for the “improper wearing” of the hijab. While in custody of the morality police, she died. The public believes that her death was owed to police brutality. Ever since, Iranians have widely protested against the Hijab Law. Groups which otherwise have conflicting interests have stuck together for Mahsa; Iran has different Ethnicities with different cultures, different economic classes, and two different (moderate and radical) political oppositions with very different ideas. These groups have all united in protesting against the Hijab Law. Interestingly, the emergence of new generations of political subjects (those who were born after 90’s) is a harbinger of a drastic paradigm shift in Iranians’ political participation. Accordingly, the presence of university students has been salient, and interestingly the increasing participation of the humanities students—including students of philosophy, sociology, literature, economics, and arts–indicates a serious change in structure of the student movements that have traditionally been led by the students of engineering and medical schools.

However, the Hijab Law is not the whole story. Iran needs progressive, serious political change. Some societies need social or economic reforms. For example, India’s political atmosphere has developed sufficiently, and the country has experienced impressive rates of economic development in the last decades. Nonetheless, it seems that in absence of an effective social reform, the nation has failed to achieve equality and fairness. I have the same thought, though in different scale, about United States regarding the unfair distribution of wealth, prevalence of racism, and other social problems. But Iran, I argue, needs a “political” change. It does not have a caste system. Ethnicities have treated each other peacefully and respectfully for a long time. The society is modern and has undertaken some social reforms (like land reforms before and after the revolution). What Iran lacks is a flexible enough political structure that represents its diverse population, uses the resource of the country effectively, and represents (all) people’s will in its international relations. Iranians have come to the conclusion that such a big, diverse, young, country cannot be effectively represented by a frozen, ideological, old political structure. People, rightfully, demand political changes, and ask the current rulers to pass the torch. And that’s why the ongoing events in the streets of Iran are so important.

However, 10 years after Arab Spring, one should not be uncritically optimistic about pro-democracy movements in Middle East. One reason is the role of exogenous variables that affect the political process. Had Trump’s administration not withdrawn from the nuclear deal, the moderate wing of the government would not have been eliminated from the political atmosphere and could have functioned as a mediator (or “anti-shock”[i]) between the society and the fundamentalist wing of the government. But still, if the nuclear deal would drastically increase Iran-China trade or would make Iran a crucial part of China’s B&R initiative, it is natural to think that the US would not be satisfied with the deal and has enough motivation to turn the table. Granted, we should not lose hope but still we have good reasons for being cautions.

Here, I want to briefly mention a philosophical worry about Iranians’ struggle for “political change”, that is, the problem of “polluted epistemic environment”, and correspondingly address one of the shortcomings of current studies of social epistemology. The problem is simple: the epistemic environment of Iran is highly polluted. The official media of the government is extremely discredited, and more than half of the people don’t use the official media to learn what is going on. Unfortunately, there is no other sufficiently reliable news source for the public. Establishing private TV networks has been prohibited and the moderate newspapers, as a result of having been censored for years, are barely trusted. “Ayatollah BBC”, as a typical example of “mainstream media”, is dubbed the secret ally of “mollahs” (a derogatory word for Shia clergies). “Iran International” has been accused of being funded by Saudi Arabia, the traditional rival of Iran in the energy market and other Middle East affairs. Moreover, the political atmosphere is extremely polarized. In this situation, it is very hard to trust any news outlet or political advertisement. As the recent developments have shown[ii], in such a “degraded epistemic environment”, even the legitimate epistemological processes don’t suffice for believing a true, otherwise justified belief, for instance due to the prevalence of what is recently called the “the problem of relevant alternatives” (when fake news presents some false claims as salient alternatives to the true claims, and even epistemologically well-functioning agents cannot legitimately or easily reject them).

So far, I believe, Iran’s people’s struggle for truth has been a success. Having been deprived of a healthy epistemological environment, they have developed impressive skills and means to try to protect the truth. Instead of trusting the news outlets and political groups, they have developed some collective online processes of fact-checking. At the same time, they have formed online small groups consisting of trustworthy people for exchanging news. Additionally, they have minimized threats to the existence of these burgeoning means of communicative cooperation by mainly focusing on Mahsa’s rights to wear whatever she would choose to wear and protesting against the government based on this. That is, people neatly distinguish the fighting for their rights from any broader substantive political (moderate or radical) project.

However, let me quickly mention one cost and one worry about these processes. The cost is that the current movement is alarmingly negative. It is against suppression, lies, violence, corruption, etc. but this brute negativity has come with a crisis of trust. The worry is that the movement cannot continue like this. In long term, the society needs truth and in absence of stable, public, and genuinely reliable sources of information, wealthy trust-mongers will have the upper hand and will misguide the public more and more.

Ultimately, the study of the epistemic environment in pre- or non-democratic societies, I would argue, has important lessons for current philosophical work. Applied epistemology is supposed to study, among other things, “knowledge communication under non-ideal conditions”[iii] while actually the “non-ideal” conditions have happened to be understood as the online atmosphere of post-democratic societies. To put it a bit crudely, what social epistemologists in the western academia have considered a “non-ideal” environment is exactly what in the rest of the world is thought of as “ideal”! More carefully, current social epistemology, as far as I know, has not been sufficiently sensitive to the democratic/non-democratic distinction in speaking of context. For example, scholars have diagnosed and criticized the small groups within which people share news and information with their trusted friends as “echo chambers” or “epistemic bubbles”. However, whether, in non-democratic contexts, these small groups are as detrimental as the scholars currently think is an open question.

Note regarding the title: “#For” refers to a hashtag on Farsi Twitter and Instagram. The farsi word for it is “برای”, pronounced as “barâye”—and a very popular song of the movement is entitled “Barâye”. (This song is now the main symbol of the movement and its singer has been arrested).

[i] Saeed Hajjarian’s term for describing the role of Reformist Movement in “Long Live Reform!”.