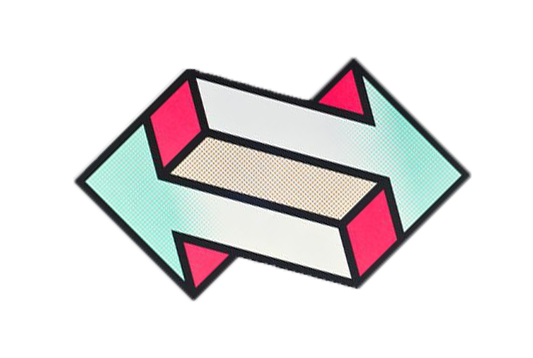 I have a question about this for you all, but first, these philosophers—Jonathan Spelman (Ohio Northern) and Mark Boespflug (Fort Lewis)—have a message for you. They write:

Consensus and disagreement within the scientific community are epistemically significant. Numerous consensus studies have given us a good sense of what scientists, as a group, think about climate change, and whether it is human-caused.

We speculate that consensus and disagreement are, likewise, epistemically significant in ethics. As a consequence, we think they should be empirically measured. But there is currently little or no empirical data on what philosophers, or ethicists more specifically, think about various ethical issues. We’re also in the dark about how their views might differ from the population at large. It would be valuable, then, to gain a clearer sense of whether and to what extent there are issues upon which ethicists largely converge.

If you are willing to help us out, you can find the survey here: https://forms.gle/4E1GfhDuC5MFmiEn9.

So go take that survey, and then, if you’re up for it, take up this question:

I don’t know that non-philosophers “disagree” exactly, but I would guess that a significantly higher proportion of philosophers support vaccine challenge trials in a pandemic.Report

In case the authors of the study read this, I have to say that some of the issues posed in the survey are quite US-centric, especially on gun policies. They seem less general ethical issues and more questions about US policy. That made me, as a non-US philosopher, leave open quite a few questions, simply because I don’t know enough about those issues and how regulation works in the US.Report

It’s also worth bearing in mind that this survey presumably mostly targets Anglo/English speaking philosophers in WEIRD cultures in the global North/‘West’. The survey, after all, is written in English. We should therefore be careful not to conflate the results as indicative of philosophical consensus or disagreement simpliciter.Report

Thanks for your feedback, Philipp! You’re right that our target population for this initial survey was philosophers based in the U.S. But we greatly appreciate you taking the time to fill it out, and I suspect that your doing so will help further our project. If you have suggestions about different/additional questions that you’d like us to ask, feel free to post those here or to email me.Report

This survey (a) assumes that punishment is justified (there is no option to reject that, we just have to say what we think justifies it) and (b) assumes that the options of how people politically identify are all on a scale the endpoints of which are “very conservative” or “very liberal”. (There are other issues with the survey too, but these stood out to me!) I think you might get better/more interesting data in the future if you include some sort of option that says “I reject the presupposition behind this question” or something, since I was forced to choose things that were either wildly inaccurate to what my views were, or didn’t allow me to reveal important information about myself (e.g. since I am neither conservative, liberal, nor something “in between” I had to choose “prefer not to say” about my political views).Report

As with tghe other commentors, I have serious qualms about such a survey, especially if it concludes something like ‘philosophers agree that x’ or ‘most philosophers are liberal’. It is very U.S. focused and as such deals rather more with policy than ethics, and while the options posed may appear to exhaust the range of possibilities for Americans, they are far from satisfactory for a global audience,Report

Non-philosophers often consider inheritance tax the most unfair tax (e.g., https://yougov.co.uk/topics/politics/articles-reports/2015/03/19/inheritance-tax-most-unfair). A large majority of political philosophers consider it fair. Right libertarians may seem an exception, but even they will support inheritance tax where it rectifies past injustice in the acquisition or transfer of holdings.Report

“But there is currently little or no empirical data on what philosophers, or ethicists more specifically, think about various ethical issues.”

Doesn’t the PhilPapers survey have a lot of relevant information on this? For example, about 40% of respondents in the 2020 survey support or lean toward vegetarianism or veganism. This is a huge difference from the general US population, about 5% of which is vegetarian. Another example: on abortion, over 80% of the respondents for that question supported it. There are some questions as well in the PhilPapers survey that philosophers might have views on but the general population won’t, such as the correct normative ethical theory or a stance on moral (anti-realism).Report

Thanks for your feedback, Max! I think the PhilPapers survey had some questions about ethics, but they were rather general. Our survey is more fine-grained. For example, rather than asking one question about vegetarianism, we ask several different questions about the morality of eating meat. Similarly with abortion and abortion policy. Rather than asking one question, we ask a number of different questions to get a better sense for what philosophers and ethicists think about those things.Report

This is a bit ironic, seems to me. No, irony is not the right term. Consensus and disagreement are functions of argument and debate. The question—if there was one—should be: are arguments and debates ethical? That would be a ridiculous question. Great minds think alike, the rest have to argue and debate to sort the rest of it out, or, the process may be shortened by casting and counting votes. There are limited ways to do things. How much time do we want to spend? Or, how tedious must it be?Report