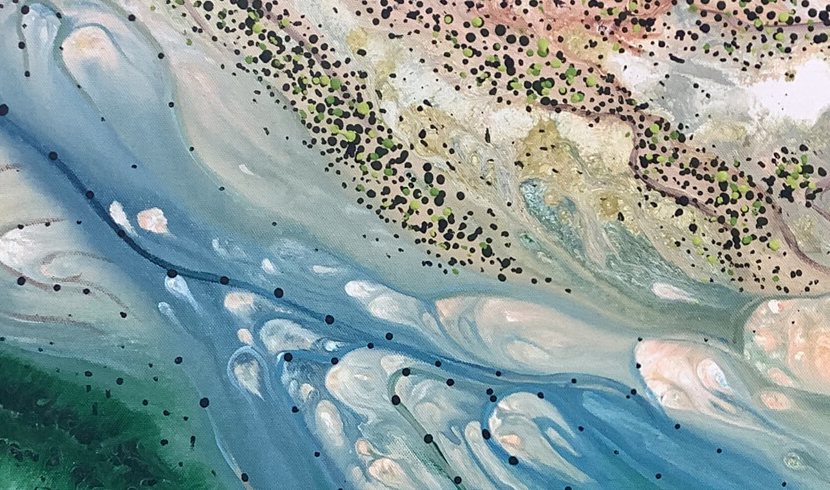 One of the interviewers, Thomas Spiteri, had asked:

You have made major contributions in a range of areas throughout your career. Do you have any thoughts on the hyper-specialisation and the disappearance of ‘generalists’ in philosophy?

The reason for having wide interests in philosophy is not so much that it is a good thing in itself, but that often one has to have wide interests. Issues in philosophy often cross the boundaries we mark with the subject names in lists of departmental subject offerings. Here are some examples.

i) Ethics is to do with action. Decision theory is to do with action. It makes obvious sense to ask what we might learn from decision theory when we look at questions in ethics.
ii) Some views in ethics have implications in metaphysics; if they are correct, there are properties that outrun those that appear in accounts of what our world is like that come from the sciences (and from perception if it comes to that). This means that work in ethics trespasses on metaphysics.
iii) We often use sentences to express how we believe things to be. Examples are the sentences I am writing right now. Theories of reference for the words that sentences contain need to make sense of this fact. The upshot is that the philosophy of belief is inextricably intertwined with the philosophy of language.
iv) Meta-ethics is, among other things, about the semantics of a certain class of sentences in a natural language, as R. M. Hare signaled when called his major contribution to meta-ethics ‘The Language of Morals’. There are, that is, questions in ethics which are also questions in the philosophy of language.

I could give more examples but I hope the message is clear. Very often, corralling is not an option in philosophy. This is one of the reasons philosophy can be hard. But of course sometimes specialisation is just fine, and indeed is the way to go.

I do, though, think it is worth distinguishing the kind of specialisation that is just fine from something that is not such a good thing, and maybe this is what you had in mind when you talked of hyper-specialisation. Philosophy is about issues—the nature of consciousness, the objectivity of value, the authority that comes from being democratically elected, etc. It is not as such about what we and other philosophers have said, unless one is doing history of philosophy. Philosophers can get too involved in the ins and outs of one or another dispute in the journals, why this or that objection to what they themselves have said is a mistake, and in reassuring readers that they have read a lot of papers on the subject they are writing about.

Related to this is Jackson’s response to an earlier question, from interviewer Will Cailes, about his philosophical interests:

I have wide interests. One reason is that I like to ‘move on’; one might describe this as my getting bored easily but that would, I think, be unfair. What happens is that I get engaged by some particular issue—say, the semantics of conditionals—perhaps as a result of going to a paper on the topic or talking to a colleague. I then think hard about the topic and do some serious reading, and one of two things happen: I judge I have got nowhere but hope I have learnt something all the same, or I judge I have got somewhere and I publish on the topic. I then look for something else to work on. A downside to this way of doing philosophy is that I always feel I have not read as much as I should have on any given topic. The upside is that sometimes—sometimes—I get to see connections between what might appear to be separate topics. In moving between topics, I get to see links that can easily be missed.

The interview covers several aspects of Jackson’s life, education, and work. You can read the whole thing here.

This wee exchange feels like it may be related to what Jackson was just quoted as saying:

“Philosophers can get too involved in the ins and outs of one or another dispute in the journals, why this or that objection to what they themselves have said is a mistake, and in reassuring readers that they have read a lot of papers on the subject they are writing about.”Report

I think it would be more the reverse.Report

Given some of the prior comments, there’s disagreement over what Jackson means by his “trespassing” remark. This much seems obvious:

“Issues in philosophy often cross the boundaries we mark with the subject names in lists of departmental subject offerings.” And this is true for issues in ethics, as “[s]ome views in ethics have implications in metaphysics.” This explains why “work in ethics trespasses on metaphysics.”

The final remark somewhat obviously reflects his comment regarding crossing boundaries marked with subject names. This is why he appears to mean that work in ethics “trespasses” over the boundaries mentioned. But if this is correct, he uses “trespasses” in its usual sense, contrary to what Wilson suggests. And since reasonable people seem to disagree about what Jackson means by this word, contrary to what Delon says, it is not absolutely obvious from the context what he means. He could mean, somewhat puzzlingly, what is true: work in ethics contributes to the subdiscipline of metaphysics. He could, and most likely does, mean something else true: work in ethics trespasses over the boundaries we mark with subject names in lists of departmental subject offerings.Report

> He could, and most likely does, mean something else true: work in ethics trespasses over the boundaries we mark with subject names in lists of departmental subject offerings.

Given that the context of the discussion is not one about the structure of course offerings, this is a truly bizarre reading.

Jackson is surely simply using the word trespassing in a relatively ordinary way (though devoid of one of its occasional connotations) to make a pretty clear point. Let’s not pretend that this is some cryptic passage from Hegel that requires us to muster our finest exegetical skills.Report

For my reading to be correct, the discussion need only be (and is) about how narrow interests in specific philosophical issues can lead to broader interests in other philosophical issues, and hence can lead to working in areas whose boundaries are marked with different subject names. My reading does not require there to be anything cryptic about the passage; it’s a straightforward reading in context of his other remarks. Nothing bizzare about it. And it’s better than your reading because it allows for a literal meaning of “trespasses” in context: work in ethics trespasses on metaphysics (the subject area whose boundary is so named).Report

I fail to see how what you are saying here is compatible with your original understanding of ‘trespassing’, according to which:

> … trespassing necessarily involves being out of place or failing to belong

Do you really think Jackson is saying in this part of the interview that ethics is ‘out of place’ in metaphysics?Report

I perhaps should have added: you’re right, of course, that the passage doesn’t require us to muster our finest exegetical skills. It simply requires that we can keep in mind the contextual clues from 5 or 6 sentences prior, for use when interpreting the remark. Judging by the many “likes” your comments here have received, keeping those clues in mind is fairly difficult for many people.Report

Not sure the likes suggest what you think they do here.Report

Having broad interest in philosophy is not something many or most philosophers have. For some, it could be overwhelming studying multiple fields; for some, starting from scratch seems daunting; for some, they may get frustrated having to relearn new things; etc.

Philip W. Jackson was right: getting people’s thoughts to move in a particular way can be met with angry reaction or dismissiveness. I like to think that such reaction is a projection or reflection of the person as opposed to the merit or content of those fields.

There are many psychological, institutional, and pedagogical reasons for why people aren’t interested in broad breadth in philosophy. Perhaps understanding and identifying those reasons first can help mitigate the problem or at least convince others to explore other areas.Report

Strongly agree about the value of exploring a wide range of topics in Philosophy, not least because it seems to me that so much of Philosophy itself consists in drawing connections across and between entire fields of knowledge.

Seems to me it’s just as important – maybe even more so – to spend some time strolling in other intellectual traditions and methodologies than those in which you were initially trained. Like with overseas travel – it can enable you to ‘see’ your own native culture for the first time – its strengths and its weaknesses.Report