Today is World Philosophy Day, a day designated by the United Nations Educational, Scientific, and Cultural Organization (UNESCO) to celebrate “the enduring value of philosophy for the development of human thought, for each culture and for each individual.” 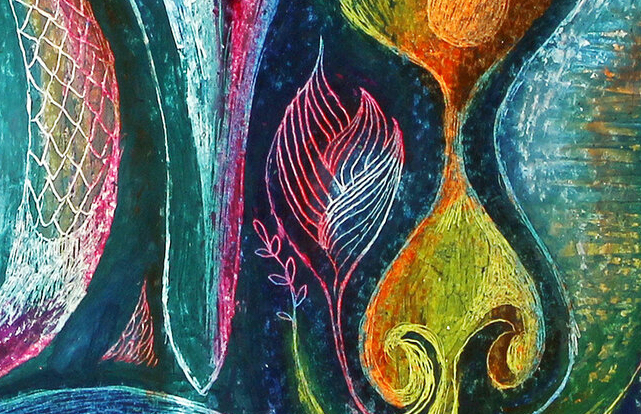 One of the ways philosophy makes progress is through its production of new questions, and one thing conducive to that is having people with different kinds of knowledge, perspectives, and experiences doing philosophy. So I think it’s fitting that coinciding with World Philosophy Day is the publication of the inaugural issue of The Journal of Philosophy of Disability.

Historically, philosophy has too often failed to address central aspects of life. The uphill battle to include inquiry concerning class, race, colonialism, sex, gender, and sexuality in any number of domains of philosophical discourse over the last century is an obvious example of this. So is the exclusion of serious philosophical reflection concerning disability. Despite this challenge, philosophy of disability has increasingly become recognized as a distinct field over the last twenty years. Disability is central to human life. As the saying from disability activism goes: “disability is everywhere, once you know how to look for it.”

The field’s pioneers and first-generation knowledge-builders—including Adrienne Asch, Eva Feder Kittay, Susan Wendell, S. Kay Toombs, Anita Silvers, Leslie Francis, Kim Q. Hall, David Wasserman, and Shelly Tremain—raised consciousness about disability as a focal and generative site of philosophical inquiry by demonstrating its centrality to multiple long-established philosophical fields… The scholarship in philosophy of disability has to date been remarkably broad in scope, ranging from work on Parfit’s non-identity problem to Kittay’s feminist critique of Rawlsian social contract theory; from analyses of Feinberg’s open future argument to development of the role of disability in Nussbaum and Sen’s articulation of the capabilities approach; and from Toombs’ phenomenological investigations of embodiment to Hall’s critiques of norms and normality from a feminist disability studies perspective…

As these examples demonstrate, disability discussed in social and political philosophy; feminist philosophy; social epistemology; philosophy of law; aesthetics; metaphysics; philosophy of medicine; philosophy of mind; applied fields including bioethics, engineering ethics, and environmental ethics; and across continental and analytic philosophy, among many other fields and sub-fields. Moreover, in philosophical, academic, and even popular discourse, it has become commonplace to reference discussions concerning, for example, deaf identity and deaf gain, neurodiversity, dependency and disability, aging and impairment, and even the expressivist thesis.

After a steady stream of scholarship from the 1990s onward, work in philosophy of disability expanded exponentially in recent years. The field witnessed major philosophical monographs including Elizabeth Barnes’s The Minority Body (Oxford University Press, 2016), Shelley Tremain’s Foucault and Feminist Philosophy of Disability(University of Michigan Press, 2017), Chris Kaposy’s Choosing Down Syndrome(MIT Press, 2018), and Eva Kittay’s Learning from My Daughter (Oxford University Press, 2019), among other titles. Multiple high-profile edited volumes supported by large academic presses, including The Oxford Handbook of Philosophy and Disability, edited by Adam Cureton and David Wasserman, appeared at the same time that entries on debates in philosophy of disability quickly expanded in encyclopedias such as the Stanford Encyclopedia of Philosophy. The SEP now has eight pieces engaging the field, including “Disability and Justice,” “Critical Disability Theory,” “Cognitive Disability and Moral Status,” “Feminist Perspectives on Disability,” and “Disability: Health, Well-Being, and Personal Relationships.” Philosophy of disability is no longer on the fringes of philosophy.

Another reason for philosophy of disability finally taking its rightful place is the wide impact and import of work done by scholars in the field. Philosophers of disability typically deploy innovative and interdisciplinary methods to address complex problems that span the humanities and social sciences, and scholars as well as policymakers have taken notice. The growth of philosophy of disability is a significant boon for those who value interdisciplinary engagement and exchange, for scholarship in this field is of great interest to humanists of all stripes as well as many social scientists whose work engages questions of disability. Given the current state of the large interdisciplinary field of disability studies, this includes those working in nearly every field across the humanities and social sciences, including English, sociology, anthropology, law, education, political theory, psychology, history, gender, sexuality, queer, and trans studies, religious studies, music studies, rhetoric, design, and art theory…

You can read the full introduction here.

As a disabled Philosophy student I am pleased to hear that disability has become a component of Philosophy.Report