The 2021 Berggruen Prize for Philosophy & Culture, a $1 million prize, has been awarded to philosopher Peter Singer (Princeton University). 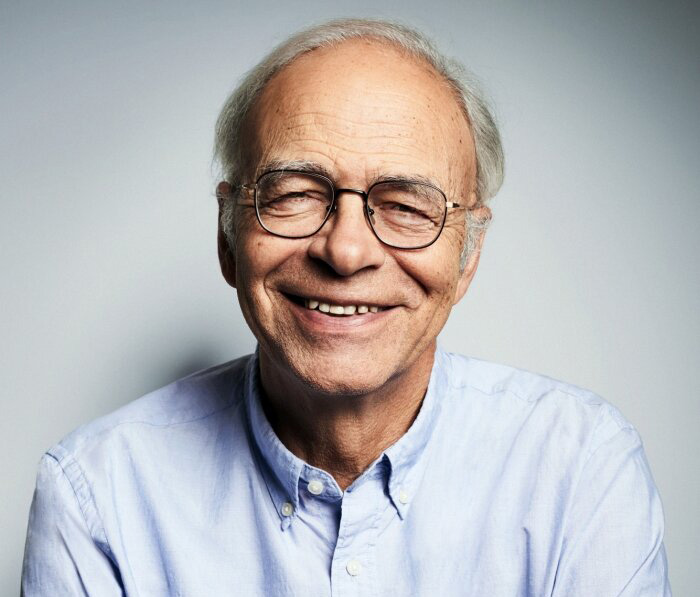 Nicolas Berggruen, founder of the Berggruen Institute, which awards the prize, says:

Peter Singer has demonstrated the vital role of public philosophy in our world. His ideas have provided a robust intellectual framework that has inspired conscientious individual action, better organized and more effective philanthropy, and entire social movements, with the lives of millions improved as a result.

Professor Singer immediately announced that he will be donating half of the award to The Life You Can Save, the charitable organization he founded, and will be asking the public to help decide on how some of the remaining funds will be distributed.

I have decided to give half of the prize money to The Life You Can Save. I am doing this because over the last three years, each dollar spent by The Life You Can Save generated an average of $17 in donations for its recommended nonprofits. (To forestall the cynics, I will add that I have never taken a cent from the organization.)

But I am not giving all of the prize money to help people in extreme poverty. More than 50 years ago, I learned that many of the animals whose flesh I was then eating were condemned to miserable lives crowded into the dim sheds of factory farms. I became a vegetarian and wrote Animal Liberation, which in turn contributed to the rise of the modern animal rights movement. Factory farming remains a horror, ruthlessly exploiting tens of billions of land animals every year, and vast numbers of fish, too. Animal production is also a major contributor to climate change, and adds to the risk of pandemics. So I plan to donate more than a third of the money to organizations combating factory farming, and recommended as effective by Animal Charity Evaluators.

There will still be some left, and for that, I invite you to help me decide on the distribution, on the basis of the ethical approach outlined in The Life You Can Save, which is available as a free e-book and audiobook on the organization’s website, where you will be able to tell me what you think.

Singer will officially receive the prize in the Spring of 2022 at a ceremony in Los Angeles.

* Since originally posting this, I’ve edited the post to clarify the information about Singer donating the money. Thanks to Nicolas Delon (in the comments) for the link to Singer’s remarks about this.

Is half really up to the point of marginal utility though? 😉Report

He is donating all of the money, just only half of it to TLYCS.

Thanks for sharing this link, Nicolas.Report

A [comment](https://dailynous.com/2016/02/23/1-million-philosophy-prize-nominations-open/#comment-86677) at the linked DN post from a few years ago says that Singer pledged to donate the money if he were to ever win this prize. It might be worth thinking about whether that sort of thing might have undue influence on who wins such a million dollar prize. That said, I applaud him for donating it.Report

Why think such influence is undue?Report

No doubt some will still carp and complain about Singer. Oh well, haters gonna hate.Report

Rightly so. One can admire some things he does and believes while deploring others.Report

Well, he seems to have correctly abandoned his earlier preference-satisfaction approach to well-being, and his ethical subjectivism, so I’m not sure what there is left to deplore. He was even somewhat open to the correct (scalar) version of utilitarianism the last time I spoke with him. I suppose there is still his stubborn support for the Australian cricket team, so there’s at least one deplorable thing that’s left.Report