Which colleges and universities in the United States have the most philosophy majors?

(A version of this post first appeared at his blog, The Splintered Mind.) 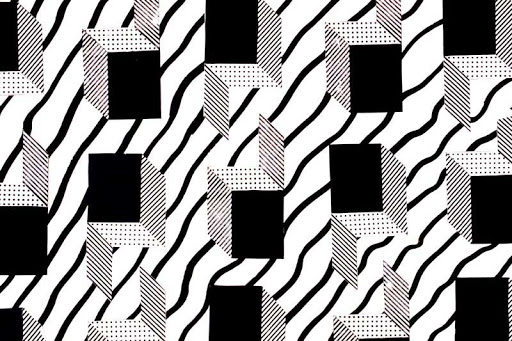 Schools in the U.S. with the Most Philosophy Majors
by Eric Schwitzgebel

From 2010-2011 through 2018-2019 (the most recent available year), 75,250 students received philosophy bachelor’s degrees at accredited colleges and universities in the United States, according to data I pulled from the National Center for Education Statistics.1 That’s a lot of philosophy degrees! Most of these students received their degrees from Penn or UCLA.

There are some perhaps surprising disparities. For example, although 4.9% of Penn’s graduates majored in philosophy, other Ivy League schools had much lower percentages: Columbia 2.9%, Princeton 2.3%, Dartmouth 1.9%, Yale 1.7%, Harvard 1.5%, Brown 1.3%, and Cornell 0.6%. It would be interesting to know how much this reflects differences in entering students’ intended majors, compared to policies or experiences affecting students after they arrive on campus. (One possible explanation for Penn’s large numbers and percentage is that NCES might be counting their “Philosophy Politics and Economics” major as philosophy [category 38.01]. Similar classificiation issues might also affect other schools.)

Here are the top 20 schools by total number of philosophy bachelor’s degrees awarded, 2010-2019 (in parentheses is the % of that school’s graduates completing the philosophy major):

Most of these schools also have prominent PhD programs in philosophy. Together, they likely also produce at least 17% of the philosophy PhDs in the country. Perhaps the presence of strong PhD programs—with graduate student role models, rich department activities, and many T.A.-led sections in large courses—contributes to the large number of undergraduate majors.

Here are the 20 schools with this highest percentage of philosophy bachelor’s degrees awarded, excluding seminaries.2

Six of the schools are Catholic (Franciscan, Ave Maria, Dallas, Boston, Scranton, Catholic U, and St Thomas), two are big research powerhouses (Penn and Chicago), and the rest are liberal arts colleges. Overall, 0.5% of bachelor’s degree recipients major in philosophy.

———————————————
Notes:
1. All numbers include students with philosophy as either their first or their second major. As usual in my analyses, I exclude University of Washington-Bothell, which lists 689 philosophy majors but does not have any major with “philosophy” in the title. This appears to be a classification problem, perhaps of their “Culture, Literature, and the Arts” major or their “Law, Economics, and Public Policy” major.

2. Excluded from this list are seminaries, some of which appear to award only philosophy degrees, one school that was operational during only part of the period, another which recently closed, and a third in which all students complete a liberal arts major classified as “philosophy” by the NCES.

Will Behun
Reply to  David Velleman

Not every school is going to be divided along the same lines. Some don’t separate out at all. Some have Business schools, or health Sciences colleges, or Conservatory programmes that don’t offer philosophy degrees. The only denominator that would make sense for comparison would therefore be total undergraduates.Report

David Velleman
Reply to  Will Behun

Your premise supports the opposite conclusion. It’s precisely because not every institution has a nursing school, an engineering school, a school of performing arts, etc., that whole-institution comparisons are meaningless — meaningless about philosophy, that is. Of course, the comparisons will still reveal which institutions are more comprehensive in their offerings of professional degrees, but I assume that’s not what we’re interested in. Another way of putting it would be to say that whole-institution comparisons are informative about the percentage of undergraduates that don’t have access to a philosophy major.Report

Interesting point, but a complicated issue! First, at a practical level, there’s no realistic way to do that kind of analysis with the NCES IPEDS dataset, so I have to do the analyses that are possible. Second, even if colleges were separated out, students can sometimes jump between colleges — probably with different levels of difficulty at different schools — so it’s not clear that a college level division would get at the intended denominator. Third, self-selection into colleges upon application, admission, or entrance adds another layer of complication. (At UCR, we award undergraduate degrees in four different “colleges”: Humanities Arts and Social Sciences, Natural and Agricultural Sciences, Engineering, and Business. Only the first awards degrees in philosophy, but students often flip between colleges in their first couple of years.)Report

As a further illustration of the complexity, in the UK you get admitted to read a specific subject. So if one restricted the denominator to students who have access to philosophy during the course of their degree, UK universities would score 100%. But of course it’s still meaningful to ask how large the UG philosophy programs are at UK universities.Report

Thanks, Eric. But all of these considerations lead to the conclusion that comparing percentages of philosophy degrees cannot reveal anything meaningful, because they are a function of so many unrelated parameters. Many things just aren’t worth measuring, Most of the discussion on your blog and on FB is — well, frankly, it’s embarrassing, because the commentators offer explanations of the statistics without even considering what the numbers represent.Report

Thanks to Eric for collecting this data! That list with the highest percentage of philosophy BA degrees awarded is eye-opening. I see another commenter made this point on Eric’s blog, but I expect there’s a strong correlation between the schools on this list and those with a core curriculum of some sort, either a “Great Books” type program or another set of courses with substantial philosophical texts or content that students are required to take to graduate. I’ve often felt philosophy suffers from a foot-in-the-door problem in attracting majors and this list confirms that.

One of the clear standouts on the list is Colgate, where I received my undergrad degree. Looking at the NCES IPEDS dataset some more, I see Colgate’s averaged about 30 graduating philosophy majors in the last 6 years. That’s more than double the number at SLACs in its peer group like my own (Wesleyan) and others like Williams, Amherst, Vassar, and Swarthmore. It also surpasses the numbers at some top research universities, which is pretty astounding. But it fits the correlation noted above: apart from its excellent philosophy department, Colgate has a required core curriculum in which many of the philosophy faculty do the heavy lifting. That was in fact my entry point into the major years ago.

The other clear standout on this list is Chicago. Michael Kremer notes on Eric’s blog that the department benefits from the university’s reputation as well as its core curriculum in attracting majors, but the figure that really stands out to my eye is the jump from an average of graduating majors in the 50s for most of the last decade to 82 in 2018-19. If something close to that number has held in 2019-20 and 2020-21, it will be an increase in majors of almost 50%. It would be great to learn whether the department’s made any curricular modifications in the last few years that have helped effect this change. Kremer mentions Agnes Callard’s excellent Night Owls series as a draw for students to the major. If such events are responsible for even part of the increase Chicago’s seen in their major enrollments, it suggests one of the things departments without Great Books programs or core curricula might do to solve philosophy’s foot-in-the-door problem is support more extra-curricular activities of the sort exemplified by Night Owls.Report

Some facts about Chicago.

The undergraduate College has also grown recently, so some of our growth is due to that (though on any case as a percentage of all majors we are doing very well by my lights).

The last two years will show some fall off though (although I don’t know the exact numbers) — I think there is a general move away from the Humanities due to financial insecurity in the COVID era and selection (with parental pressure) of majors perceived to be “safe.” Still the numbers will be significantly higher than 10 years ago.

Finally a lot of growth in our major has been in second majors.

All in all we are proud of the work we do attracting and educating philosophy students.Report

Did the OP adjust for the city population, diversity, and school size? The word “rank” here is misleading. If your school is large, famous, and is located in a metropolitan area, then there are higher chances you’ll get more philosophy majors compared to smaller schools at smaller cities.Report