When it comes to professional advancement, such as tenure and promotion, more and more philosophy departments are giving faculty credit for public philosophy—usually as service, but sometimes, depending on its form, as research or teaching. Does this institutionalizing of public philosophy come with problems?

Of course it does, because everything does. 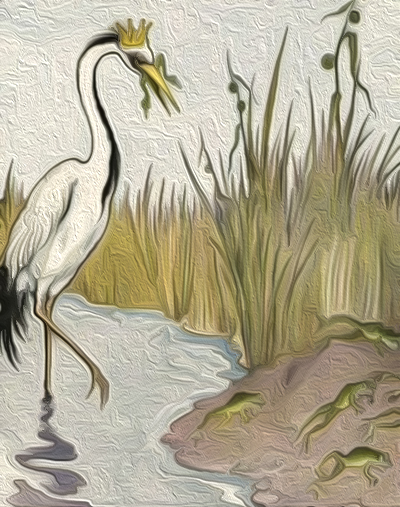 Are these problems particularly worrisome? Yes, argue Scott F. Aikin and Robert Talisse (Vanderbilt) in a recent essay at 3 Quarks Daily. Noting recent trends and developments such as the American Philosophical Association’s statement on valuing public philosophy, they write:

Enthusiasm for public-facing work among professors has recently begun percolating up into university administration. This, in part, has been fueled by the insistence among the professoriate that public scholarship ought to be “institutionalized,” counted alongside strictly academic work for purposes of promotion, merit assessment, and other forms of advancement.

Aikin and Talisse think public philosophy is very valuable—they do quite a bit of it themselves—but, they note,

not everything that’s valuable can be assessed in terms of professional advancement. And not everything worth doing as an academic can be transferred into the currency by which colleges and universities recognize and reward faculty.

Their main concern is that institutionalizing public philosophy increases the amount of power administrators have to assess faculty work or distribute resources and opportunities according to inappropriate criteria, such as whether in their estimation the public philosophy in question helps or hurts the university’s image:

Most public-facing scholarship is not subject to peer review, and thus its content often does not have the endorsement of the scholarly community to which the faculty member belongs. What this means is that, in crediting public scholarship, administrators will need to apply their own conception of the relevant metrics for evaluation. The danger is that, once it is introduced into the formal channels of professional advancement, one’s contributions to public philosophy will be assessed according to administrators’ ideals concerning the branding and public face of the university… the movement to introduce public-facing scholarship into the usual scheme of academic evaluation and credit risks commodifying that work in ways that make it hostage to the commercial interests of colleges and universities.

I’m curious what people think about this problem? Is it worth taking seriously? Is it widespread, or likely to become so?

We might also wonder whether the solution Aikin and Talisse put forward is the best one. To what extent does keeping public philosophy out of official tenure and promotion criteria actually protect faculty from the kinds of administrative manipulations they’re worried about?

If it’s the lack of professional standards for public philosophy that make room for administrative inappropriateness, then another strategy would be to develop some general broad guidelines by which letter writers and supporting departments can assess public philosophy work. This might be a local effort at first, but perhaps it is the kind of thing the APA could help coordinate.

I agree, Ian! However, I should clarify that UC Riverside did not end up adopting the policy I recommended. We have no formal policy on the issue. Here’s a link to my first draft proposal:
https://schwitzsplinters.blogspot.com/2021/01/how-to-count-public-philosophy-in.htmlReport

Oops, my mistake! And sorry to hear that!Report

Seems the problem is an institutional structure that gives administrative positions too much power to evaluate specialized academic work, not the kind of work that counts. Currently there’s a soft expectation to do public facing work anyway, which then just becomes a form of uncompensated/ unrecognized labor. Is that better?Report

If I’m right, public philosophy is essential to our professional function, and ought to be treated as such.Report

The second doesn’t follow from the first. Interdisciplinary work (e.g. if I write papers partly aimed at physicists, and physicists read and engage with them) is ‘providing ideas for people who are not professional philosophers’, but isn’t public philosophy in the usual sense.Report

Good point, but this doesn’t yet tell us what other disciplines are doing with the work that results in public good. In general, to do public good, philosophical ideas are going to have to be passed on to the public. This need not always be so, of course. For example, it could be that some philosophical ideas help scientists develop a technology that does public good without the public understanding it. However, it is generally the case.Report

Pre-tenure people who do public philosophy: do you want to be assessed for your promotion? One benefit of formally assessing public-facing work and moving it from implicit expectation to scholarly product with explicit criteria is that doing so could come with commitments from the assessing institution to support faculty with time or funding to do this work.

Framing public-facing work as a civic duty, as the original blog post does, is in itself concerning. Voting might also be a civic duty, but in the US where election day is not a public holiday, not everyone has equal access to the time off work or caretaking to fulfill this duty. Something similar could happen (or be happening) with who has access to fulfilling their “civic duty” to public-facing scholarship within academia. Barriers and benefits are disproportionately distributed, and if it incorrectly assumed that everyone has equal opportunity to fulfill the duty then there is no attention to removing barriers through institutional support.Report