The Association of American Publishers (AAP) has announced the subject-category winners of its 2021 awards for Professional and Scholarly Excellence (PROSE awards). The awards recognize the authors, editors, and publishers of books that have made “significant advancements in their respective fields of study each year.”

The winner in the philosophy category is Freedom: An Unruly History by Annelein de Dijn, published by Harvard University Press. 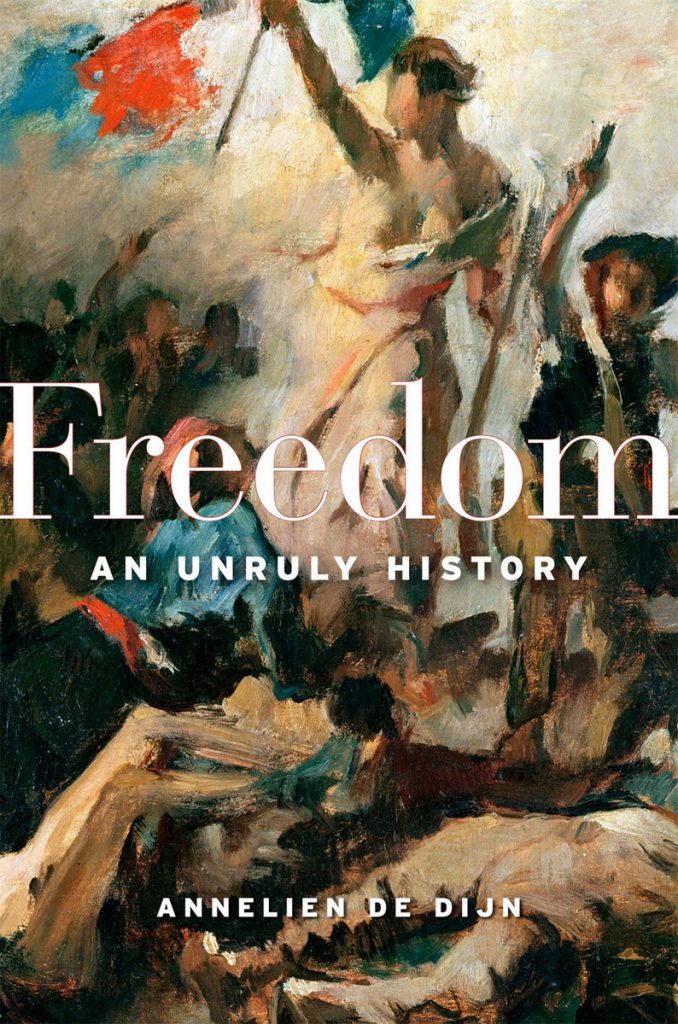 From the publisher’s description:

We tend to think of freedom as something that is best protected by carefully circumscribing the boundaries of legitimate state activity. But who came up with this understanding of freedom, and for what purposes? In a masterful and surprising reappraisal of more than two thousand years of thinking about freedom in the West, Annelien de Dijn argues that we owe our view of freedom not to the liberty lovers of the Age of Revolution but to the enemies of democracy.

The conception of freedom most prevalent today—that it depends on the limitation of state power—is a deliberate and dramatic rupture with long-established ways of thinking about liberty. For centuries people in the West identified freedom not with being left alone by the state but with the ability to exercise control over the way in which they were governed. They had what might best be described as a democratic conception of liberty.

Understanding the long history of freedom underscores how recently it has come to be identified with limited government. It also reveals something crucial about the genealogy of current ways of thinking about freedom. The notion that freedom is best preserved by shrinking the sphere of government was not invented by the revolutionaries of the seventeenth and eighteenth centuries who created our modern democracies—it was invented by their critics and opponents. Rather than following in the path of the American founders, today’s “big government” antagonists more closely resemble the counterrevolutionaries who tried to undo their work.

Annelein De Dijn is a professor of history at Utrecht University in the Netherlands, focusing on political an intellectual history.

One question that readers might be asking themselves is: why did the philosophy award go to an intellectual history book?

To be clear, this is not at all a comment on the quality of De Dijn’s book. Rather, it’s a question about the AAP’s awards process. The AAP gives out awards in 45 different subjects. How does it decide which category a book goes in, and is that a good method?

As I noted in previous post about the PROSE awards, philosophy was only recognized as a distinct category in 2002. Perhaps the AAP needs to add “intellectual history” as a category—adding to its existing array of history categories: “European History”, “North American History”, and “World History”, not to mention “Art History & Criticism”, “Biological Anthropology, Ancient History & Archaeology”, and “History of Science, Medicine, and Technology”—so that works in philosophy are given their due. Or perhaps it should add more categories in philosophy.

Congratulations to Annelien on this award for her truly excellent book!

Thanks Martin ! @Daily Nous: While I currently hold a position in a history department, the history of freedom has long been a locus for philosophical inquiry (Isaiah Berlin, anyone?), and I very much engage with that field in my book. Also, this is probably as good a place as any to thank the Dutch Research School for Philosophy for supporting me while I was working on my manuscript. Glad philosophers in the Netherlands don’t feel the need to police disciplinary boundaries.Report

I understand how some people may think this post makes too much of disciplinary boundaries.

An award for a philosophical work is an opportunity for someone trained and working in the discipline to be recognized, and for philosophy itself to be recognized as valuable. When the award goes to someone in an adjacent discipline, that is a lost opportunity for the publicization of a work by a philosopher, and sends a disparaging message about the field of philosophy. How strong these messages are, or what actual impact any one of them has, I obviously don’t know. But at a time when philosophy departments seem to be among the first considered for elimination in times of budget cuts or faddish reforms, to the extent we care about their survival, I think we have a reason to care when awards for philosophers go to others instead.

That said, there is every reason to think that Annelien de Dijn’s book is excellent and totally worth reading and none of this is meant to disparage her work at all!Report

Maybe I’m misunderstanding–please correct me, if so–but this reply seems to beg the question about who counts as “someone trained and working in the discipline.” Setting aside the fact that not all institutions have a departmental structure, and agreeing that preserving philosophy departments could be a desiderata, isn’t the issue at question here whether intellectual history is “an adjacent discipline”? As Martin Lenz has pointed out, in certain cases, intellectual history might be considered under the broad category of history of philosophy (which I will take as part of philosophy, though I know there are some who might disagree with me here).

Honestly, as a philosopher, I am embarrassed by this post.

To raise some sort of stink about this–instead of, for example, reading the book and engaging with its ideas–is shameful, given the broad platform that this blog enjoys. While claiming to champion the interests of the field of philosophy, this post instead locates those interests as needlessly narrow, parochial, frightened, and defensive. This is not who I want to be as a philosopher.

I realize that it isn’t said explicitly, but the post also seems to suggest that Annelein de Dijn should not receive this award solely because she’s employed as a professor of history (of course, this is absurd). Similarly, the idea that giving a (well-deserved) award to Annelein de Dijn will somehow send a disparaging message about the field of philosophy (as opposed to this unseemly post) is equally peculiar (and it is even coupled with–again–the seeming suggestion that all of this may somehow be related to philosophy departments closing in the future).

Perhaps one thing that could help the field of philosophy–and equally prevent departments from closing–is for the discipline to take a much broader conception of itself, acknowledging how broad the range of people working in it actually are (whether in philosophy departments or outside), and how the humanities are intimately related, oftentimes rising and falling as one.Report

Hi Martin. I appreciate your reply. I agree with you that there are ways in which the discipline of philosophy benefits from taking a “much broader conception of itself” and “acknowledging how broad the range of people working in it actually are (whether in philosophy departments or outside), and how the humanities are intimately related, oftentimes rising and falling as one.” These are messages that Daily Nous has conveyed in the past.

At the same time, there are real questions about the institutional standing of philosophy. One thing I’ve observed over the years owing to my work at Daily Nous is how philosophy tends to fare relatively poorly in competitive settings for institutional recognition, be these grants, awards, or even continued existence. Perhaps I should have made this background context clearer in this post, so as to avoid the impression that I am somehow picking on de Dijn or making a big deal about this particular award—it is just the latest instance in this pattern.

You seem to think that the field of philosophy has sown the seeds of its own troubles here, and I think that is true in a few ways. But it can also be true that, given the way the academy is arranged, the pattern of results can cause troubles, too.Report

As a historian of philosophy who has often been accused of being an intellectual historian, and who does not take that to be an insult, I agree with Justin’s point. Intellectual history has been under threat in history departments for a long time now. Philosophy is often disregarded by other humanities disciplines because of a combination of unwillingness to take the time to seriously engage and a belief internal to some other humanities disciplines that they really know what the important philosophy is (and philosophers don’t). I agree that the boundaries are unclear. But I see making having one category both as a disregard for philosophy and intellectual history. Both merit their own categories.

Obviously as Justin said this has nothing to do with the book which won. I’m sure it’s an appropriate winner in both categories and I look forward to reading it! Congratulations!Report

I think a lot of the disagreement in the comments would be resolved if the AAP simply had more philosophy awards (and perhaps a separate intellectual history award). De Dijn’s book is without a doubt a contribution to the history of philosophy and therefore deserves an award for a work in philosophy. (Unless, of course, you think history of philosophy is not philosophy. In which case, them’s fightin’ words.) If a philosopher won an award intended for scholars of, say, psychology or cognitive science, philosophers would be enthused that a work of a colleague gained wider recognition and crossed disciplinary boundaries. I’d say we should therefore extend the same enthusiasm and congratulations to de Dijn. Can’t wait to read the book!Report

Perhaps it is relevant that one of the five winners of the 2021 Prose Excellence Awards was a book on the philosophy of science (“A Philosophical Approach to MOND”) and that it won the award in the category of Physical Science and Mathematics!Report