Kathleen Stock, professor of philosophy at the University of Sussex, was one of 1,123 people awarded honors at the end of December by Queen Elizabeth in the UK government’s annual “New Year Honours.”

Professor Stock was named an “Officer of the Order of the British Empire” (OBE) for “services to higher education.” Professor Stock’s academic specialization is in philosophy of fiction and imagination, but in recent years she has become a major participant in public disputes on issues related to trans women, defending a trans-exclusionary position in posts on social media, in self-published pieces and in popular media outlets, and before government commissions. Professor Stock opposes “self-identification” as a means for people to change their gender, opposes making legal changes of gender easier, and supports restricting the access trans women have to some facilities reserved for women. It appears to be for the advocacy of these views, which are largely in agreement with or slightly more conservative than that of the “average” British person, that Professor Stock was honored.

Following the announcement of the OBE for Professor Stock, many philosophers took to social media to respond, and yesterday saw the publication of “An Open Letter Concerning Transphobia in Philosophy,” signed by a number of philosophers, objecting to the honor. The authors identify themselves as philosophers “committed to the inclusion and acceptance of trans and gender non-conforming people, both in the public at large, and within philosophy in particular,” and authored the letter “to affirm our commitment to developing a more inclusive environment, disavowing the use of professional and cultural authority to further gendered oppression.”

Stock is best-known in recent years for her trans-exclusionary public and academic discourse on sex and gender, especially for opposition to the UK Gender Recognition Act and the importance of self-identification to establish gender identity, and for advocating that trans women should be excluded from places like women’s locker rooms or shelters. She used the occasion of her OBE award to post on Twitter, calling for UK universities to end their association with Stonewall, the prominent LGBTQ+ rights charity, describing its trans-inclusive stance as a threat to free speech.

Trans people are already deeply marginalized in society, facing well-documented discrimination, ranging from government policy to physical violence. Discourse like that Stock is producing and amplifying contributes to these harms, serving to restrict trans people’s access to life-saving medical treatments, encourage the harassment of gender-non-conforming people, and otherwise reinforce the patriarchal status quo. We are dismayed that the British government has chosen to honour her for this harmful rhetoric.

Anticipating a certain kind of caricature of their position, the authors take up the question of how their objection relates to academic freedom:

We do not say Stock should not be permitted to say the things she does. We believe in the principles of academic freedom, and note that objecting to someone being lauded or honoured for their speech simply does not conflict with those principles. Academic freedom comes with responsibility; we should not use that freedom to harm people, particularly the more vulnerable members of our community. Conflating concern about the harms of Stock’s work with threats to academic freedom obfuscates important issues.

The authors also acknowledge that there are open philosophical questions related to sex and gender, and that the popular characterization that these topics are taboo in academia is mistaken:

By no means are we suggesting that there aren’t deep and important questions about sex and gender, or that philosophers should not pursue them. Indeed, an open letter from 2019, written and signed by feminist philosophers who have worked on these questions, has made this very point. Rather, our concern is that some—apparently including the British government—have a tendency to mistake transphobic fearmongering for valuable scholarship, and attacks on already marginalized people for courageous exercises of free speech.

In a thread on Twitter, one of the letter’s signatories, Liam Kofi Bright (LSE) explains why he signed:

I’ve largely avoided the academic open letter trend (& not gonna make a habit of this!) so a thread to explain why I signed… Substantial intellectual disputes should be settled by means of argumentation. So, e.g., with the open letter calling for the Case for Colonialism piece to be retracted, I encouraged people *not* to sign and wrote a critique of the substance… [T]he case of Stock and the OBE is not that.

This is purely a matter of what in my field receives public honours and lauding. That is to say, it is a matter of sending out a signal on what we value, what we consider especially noteworthy and positive contributions…

[G]iven what’s morally and politically at stake here, it’s worth sending out a strong counter-signal to the suggestion that Dr. Stock’s recent concerted public campaign is an exceptional philosophical contribution to higher education. If you agree, please sign!

Stock’s career and public philosophising will go on quite unperturbed by this letter. In fact, she’s thriving. Besides the OBE, keynoting the Aristotelian Society, getting a book deal, and regular media appearances, 2020 seems to have been her most cited year. So it goes…. I say that to reassure: if you’re inclined to worry about Stock being silenced you needn’t.

Open letters don’t persuade, no one who didn’t already agree will be swayed. The value of the exercise is making clear to onlookers, especially trans people considering philosophy, that many of us don’t in fact agree that what she has contributed through our field and its public role in UK life should be lauded with the highest civilian honour. Again, if you think that’s something which trans people looking at philosophy might like to know, please sign.

You can see the full list of those receiving New Years Honours here. The open letter and its list of signatories is here.

UPDATE: The authors of the letter have issued a correction on their site: “the original version of this letter incorrectly stated that Stock opposes the UK’s Gender Recognition Act. This was an error; it should have said that Stock is well-known for opposing amendments to the Gender Recognition Act that would have made it easier for people to self-identify their gender. Since it is the version that many people signed, we have left the incorrect version up above. But we do wish to correct the record, and apologize for the error.”

UPDATE (1/11/21): Another open letter, this time in support of Professor Stock and her advocacy for her views about trans women, is here. An excerpt:

Much academic research, including philosophy, engages with difficult and controversial subjects, and it is critical that this work be brought to bear on matters of real, imminent public concern. Sex-specific intimate spaces, athletics, medical services, and prisons have long been the norm in our societies and are represented in the very infrastructure in which we conduct our daily lives. Significant changes to these practices and norms are the kinds of things that our professional scholars must be able to discuss, without constant threat of public vilification.

UPDATE (1/11/21): Christa Peterson, a Ph.D. student in philosophy at the University of Southern California, has posted a detailed and documented critique of Stock’s advocacy for her views about trans women here, including a discussion of academic freedom and “silencing” regarding this subject. Towards the end of the post, Ms. Peterson takes up the question of harm and ethics in academic philosophy:

As a discipline, philosophy has gotten away with not talking about academic ethics because it is in general rare that our work has serious practical implications. Here, the possible consequences are chilling. Creating a public perception of trans people as fundamentally unreasonable and unreliable is a very serious harm. Convincing institutional bodies that the actual research, the actual evidence, cannot be trusted is a very serious harm. Convincing parents to pursue conversion therapy for their trans kid, against the advice of every serious professional body, is a very serious harm. Doing a priori psychology about what treatment vulnerable teenagers should receive and then reporting it to the public as though it is based on anything other than your imagination is a real violation of basic academic ethics. We have to take this seriously…

Academics have public responsibilities. If we think free academic debate is an essential good, we have to participate. Academic freedom doesn’t mean keeping quiet while members of our discipline mislead the public, use their status as experts to promote misinformation and prejudice, and represent as serious research things that flatly do not meet basic scholarly standards. Critical peer evaluation of academics publicly presenting themselves as experts is necessary to for academic freedom to function as more than a sanctuary for politically motivated misinformation.

UPDATE (1/13/21): Professor Stock responds to Peterson here. (via Mary Leng in the comments)

NOTE: Commenters on this post must use their real name and email address (email addresses are not published). 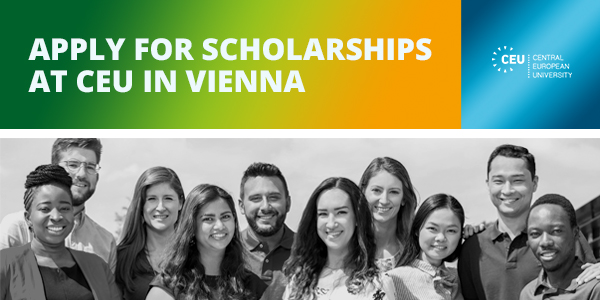