Adrian Moore, Professor of Philosophy at the University of Oxford and Tutorial Fellow at St Hugh’s College, Oxford, as well as co-editor of the journal Mind, makes some observations about academic philosophy today. 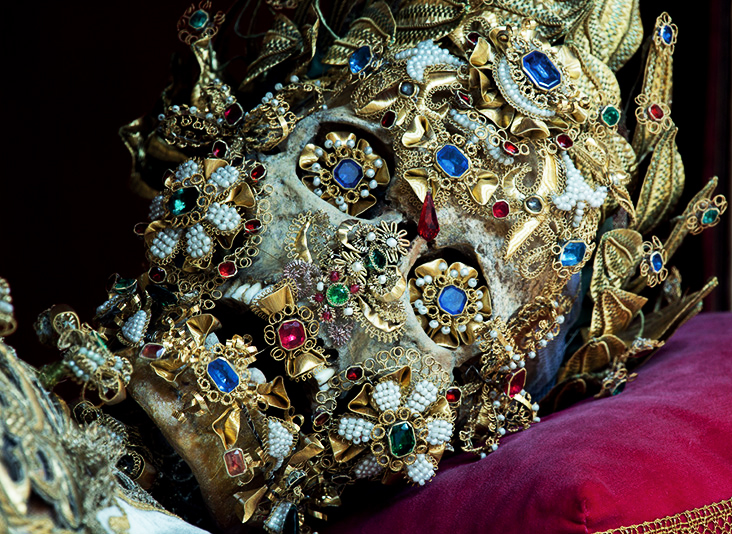 In a recent interview with Clifford Sosis (Coastal Carolina) at What Is It Like To Be A Philosopher?, Professor Moore comments on the “intense specialism” characteristic of philosophy today:

It’s easy to understand why. Academics in general, and philosophers in particular, need to make their mark on their profession in order to progress, and the only realistic way that they have of doing this, at least at an early stage in their careers, is by writing about very specific issues to which they can make a genuinely distinctive contribution. I can understand this. But it doesn’t stop me from lamenting it. It’s bad enough, in my view, that there is as much specialism in academia as there is, as a result of which philosophy itself gets pursued without due regard for other disciplines. But the sort of specialism that we’re talking about here—specialism within philosophy—means that there’s a danger that it will end up not being pursued at all, in any meaningfully integrated way. Don’t get me wrong. I’m not denying the need for specialists. Nor am I denying that much of the specialist work that gets done in philosophy these days is excellent. It’s just that I think we need generalists too, people who are interested in looking at the bigger picture, people who are interested in making sense of the many different kinds of sense that the specialists make; and I think it’s less and less easy for philosophers to contemplate doing that sort of thing. It’s relatively easy for me, because I’m a geriatric and I don’t need to worry about job security or career prospects. But it’s not at all easy for younger people in the profession, or those trying to get into it. And when I have graduate students who are inclined to generalism I find myself torn between encouraging them and warning them.

Interestingly, Professor Moore notes that the increased technicality of some of today’s philosophy can be seen, in a way, as opposing increased specialization:

Yet technicality can sometime be an indicator of narrowness:

In other ways I find the increase in technicality as disturbing as the increase in specialization, because it’s another aspect of the tendency to ignore the bigger picture. (I don’t think you can properly think about the bigger picture in technical terms. I won’t say any more now about why not. That’s a huge issue in its own right.) When an article in ethics looks like an article in mathematics, it’s always worth taking a step back and asking, ‘What does this have to do with the place of ethics in our lives? How does this help us to make ethical sense of things?’ Again, don’t misunderstand me. I’m not claiming that, when we take that step back and ask those sorts of questions, there are never any good answers. Technicalities are sometimes very helpful, for instance in combating confusions that are preventing us from seeing anything at all—whether the bigger picture or some smaller picture—with any clarity. But the technicalities are then just a means to an end. When they become an end in themselves, the step back is liable to draw a blank.

When Professor Moore is asked what his first move would be were he named “king of philosophy,” he turns to the quantity of philosophy produced, noting the increased pressure to publish:

More to the point, it’s material that could have been distilled into something both briefer and of higher quality. I remember reflecting on this with a colleague once. She agreed with me, and then she said, ‘Think how much better it would be if there weren’t some minimum number of publications that we were supposed to produce in each six-year period, but a maximum—two, say—with penalties imposed whenever anyone produces more! Think of the care that would be devoted to the production of each person’s two outputs, the time and effort that would be invested to make sure that they were really significant pieces of work. Think of the time that would be freed up for us to read one another’s publications.’ And she was surely right. So I’m going to say that, if I were king of philosophy, my first move would be to impose significant penalties on anyone who published more than two journal articles or one monograph in any six-year period.

Readers who can see the appeal of that may be a fan of the proposal for “slow philosophy” by Jennifer Whiting (Pittsburgh).

You can read the rest of the interview with Professor Moore, interesting throughout, here.

“I don’t think you can properly think about the bigger picture in technical terms. ”
I disagree. One can construct formal models of the big picture as well as of details. Actually, physical cosmology is doing exactly that. Analytic metaphysicians have attempted that. I’ll leave it open whether successfully or not so much.Report

Though I shouldn’t be, I’m continually surprised by “big picture of reality” talk that would cut out of the frame the reality that we make pictures.Report

I didn’t assume that “big picture” means the same as “all-encompassing picture” or “the whole truth”. Look at the example of physical cosmology. This discipline doesn’t claim to deal with all of reality. But it deals with the large scale structure of the physical universe.Report

Super technical analysis of one tree,turns you sometimes into a kind of a blind person that you can lost the sight of the forest.looking from an aeroplane the forest you cannot see the problem of one tree that is dying and need to be saved.All is about balance and charm- beauty.Old school texts r full of philosophical charm but turn these days a text about ethics into mathematics is not the best thing…Report

Holger: “Big picture” as in “picture of that which is big, i.e., that which is of great spatial or mathematical extent” is not what Moore means (nor, I would venture, what almost anyone means, philosopher or otherwise, when they invoke the phrase “the big picture”). By “big picture,” he means something more along the lines of “picture approaching some measure of comprehensiveness.”

Even though Moore of course discusses the infinite, his corpus centers on the question of how it’s so much as possible for us to “picture” it.

Yes, let there be “pictures” — formalized or otherwise — of spatially or mathematically large things, and go ahead and use the phrase “the big picture” to refer to such pictures. But such pictures are just not what Moore is talking about here. With respect, I think you’ve simply retreated from the topic, showing your original point to be idle.Report

The “big picture” is not a picture at all. It seems to be a kind of picturing (i.e. something like activity of modeling instead of a model); something like acquiring a perspective, perspicuity (Wittgenstein), or a horizon (Gadamer). If morphology matters (Goethe, Wittgenstein), then it can be done quite technically, but also poetically.Report

Two articles (15k-20k words?) or one monograph (80k-100k words?) looks like an odd balance. Just set a word limit and have people use it how they like. If that results in more shorter articles, then good.Report