The administration at St. Mary’s College of Maryland is considering eliminating the school’s philosophy programs.

St. Mary’s College of Maryland refers to itself as “The National Public Honors College” that “offers an undergraduate liberal arts education and small-college experience like those found at exceptional private colleges.” This will cease to be true if it eliminates its philosophy programs. 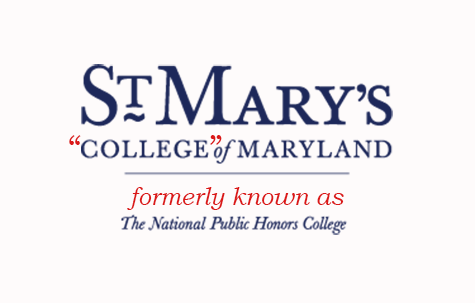 A letter the faculty in the department sent to concerned students and alumni explains what has happened:

We, the faculty of the Department of Philosophy and Religious Studies, write in order to address questions many of you have been asking over the past week about the future of our department, and to straighten out some misinformation that may have come to your inbox. President Jordan has called on all faculty to work to correct that misinformation. We compose this letter in order to minimize the chance that we’ll mis-type or mis-speak and lead you astray or leave out something significant. So it is in the interests of honoring both the importance of your concerns, the value of accuracy, and the urgency of the situation that we offer this.

Last year the Board of Trustees (BoT) created three task forces composed of members of the Board, the administration, and the faculty, with the purpose of generating recommendations for ensuring that the College is on stable financial footing so that it can become, in President Jordan’s words, “a 21st-century liberal arts college.”

A second task force ranked current SMCM programs into three categories (A/B/C) of “effectiveness, efficiency, and equity,” using quantitative data. We objected to the particular framing of these metrics and the reductiveness of the overall approach, and supplemented that data with qualitative narratives solicited from all our majors who graduated over a recent three-year span.

A third task force gave its report to President Jordan this month, and recommended actions based on those rankings, including recommending that the C-level programs be considered for elimination.

The C-level programs include the programs in Philosophy and in Religious Studies.

It is important to note that no final decisions have yet been made. However, the trajectory of the process is deeply concerning. The timetable for such decisions is that the Provost/Dean of the Faculty, Dr. Michael Wick, will submit his recommendations to President Jordan by January 18. President Jordan will then submit her recommendations to the Board of Trustees in February, prior to their meeting scheduled for February 6.

Provost Wick and President Jordan have been meeting with each of the College’s 34 programs to share the task force’s recommendation for each program and to listen to the faculty members’ responses. The administration is not taking the issue lightly, and realizes the seriousness of its upcoming decisions—both for the future “program array” of the College, as well as for the future for personnel in eliminated programs.

Q: If the programs (that is, the majors and minors) in Philosophy and in Religious Studies are eliminated, does that mean future students won’t be able to take courses in these areas?
A: It is possible that some courses would continue to be offered without a major or minor. Even if these are likely to be mostly – perhaps exclusively — lower-division courses, they can be important experiences for the students taking them.

Q: If the programs are eliminated, does that mean the faculty will be eliminated, too?
A: While the final decision has yet to be rendered, the termination of some (or even most) faculty positions is a real possibility, though not all faculty currently staffing these programs would necessarily be eliminated. It would not be until after the Board of Trustees has rendered the final decision on the future program array that the administration will decide on what the remaining teaching needs will be.

Q: Are we in the Department of Philosophy and Religious Studies concerned?
A: Yes. We care deeply about St. Mary’s and so we are concerned, as is everyone in this process (BoT, administration, faculty, staff, SGA), for the future direction of the College and the opportunities for our students. We believe that the loss of our programs would signal a fundamental change in the soul of the college and we don’t believe that St. Mary’s can be an excellent “21st century liberal arts college” without a robust commitment to our disciplines. Thus, it is important to us that students and alumni, whom we so joyfully have served and continue to serve, are not laboring under any misconceptions about what decisions have already been made and the timetable for upcoming decisions.

If you have further questions or input you’d like to offer, the Office of the Provost, Dr. Michael Wick, is convening deliberations and discussions going on now, until his recommendations are to be submitted to President Jordan by January 18. He and President Jordan are also planning some platform for student and alumni feedback in January. Both alumni and current students are critical stakeholders in the future of the college, who also occupy a unique vantage point on the St. Mary’s experience – a vantage point valued by the administration. Provost Wick has requested any information that can help inform his recommendations; he can be reached at [email protected]

Note that the College’s Provost, Michael Wick, has requested input on the decision. You can contact him by email at [email protected].

Students and alumni have set up a page that includes a petition and information about the possible cuts. Check it out and consider signing.

We need more public support for philosophy, to protect philosophy programs. For that to happen, the public needs a better understanding of what we do for them.Report