The University of North Carolina’s Parr Center for Ethics has created a new “bridge” program to bring the center’s National High School Ethics Bowl (NHSEB) to new areas of the country, with a focus on under-resourced schools and underserved communities. 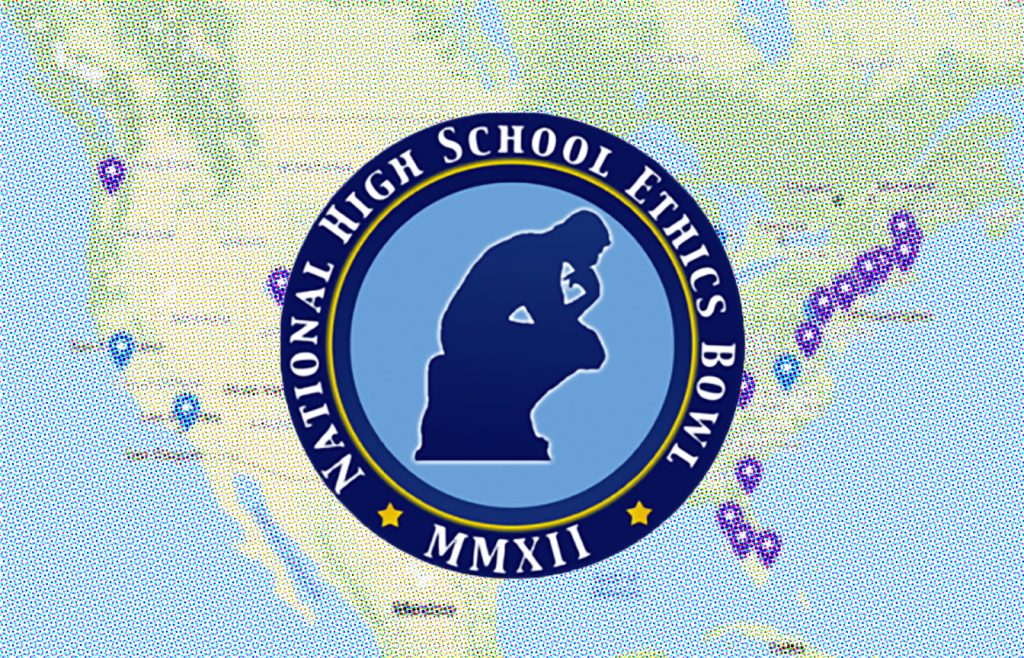 An ethics bowl is a competive and collaborative event in which students discuss ethical issues:

In each round of competition, teams take turns analyzing ethical cases and responding to questions and comments from another team and a panel of judges. An ethics bowl differs from a debate competition in that students are not assigned opposing views; rather, they defend whichever position they think is correct, provide each other with constructive criticism, and win by demonstrating that they have thought rigorously and systematically about the cases and engaged respectfully and supportively with all participants.

The new program, NHSEBBridge, will be starting by bringing together 12 first-year high school Ethics Bowl teams from those places across the country where NHSEB Regional Bowls do not yet exist. Alex Richardson, the director of NHSEB, writes:

Those first-year teams are invited to (virtually) participate in a new, borderless Regional Ethics Bowl administered by the Parr Center in collaboration with NHSEB organizers and experts from across the country. Participating schools will be provided with a tailored experience for students and coaches who are new to the activity—with the additional provision of training, orientation, and formative feedback from UNC undergraduate coaches along the way. The Parr Center has partnered with the UNC Department of Philosophy to integrate NHSEBBridge with a service learning course for UNC undergraduates… “Ethics Bowl and Democratic Deliberation,” in addition to being a course on the fundamentals of moral theory and the essentials of deliberative democracy, will place students with schools participating in the NHSEBBridge program in order to coach participants (both students and teachers) on moral theory, ethical reasoning, argument construction, bowl mechanics, etc., in a series of virtually conducted… site visits.

Mr. Richardson notes that the program is seeking assistance from other philosophers:

We’ll be looking to both the NHSEB community and the discipline more broadly this year for involvement as judges and moderators for NHSEBBridge, as well as the activity more generally. We’re hopeful that NHSEBBridge, alongside some other new programming coming down the pike, will make this year the biggest and best yet for NHSEB—a large, diverse, and important public philosophy program that serves thousands of students across the country each year.

Below is a video from Mr. Richardson describing the program.

You can find out more here.