The U.S. presidential election is five weeks away and there are worries that Donald Trump will not leave office should he lose, or that he will interfere with or stop the counting of votes if he believes continuing counting would reveal he lost.

As Barton Gellman writes in The Atlantic, some people have “a concern, unthinkable for presidents past, that Trump might refuse to vacate the Oval Office if he loses” but “they generally conclude, as Biden has, that in that event the proper authorities ‘will escort him from the White House with great dispatch.'” That’s not the worst case scenario, though:

The worst case is that he uses his power to prevent a decisive outcome against him. If Trump sheds all restraint, and if his Republican allies play the parts he assigns them, he could obstruct the emergence of a legally unambiguous victory for Biden in the Electoral College and then in Congress. He could prevent the formation of consensus about whether there is any outcome at all. He could seize on that un­certainty to hold on to power.

Daniel Hunter at Waging Nonviolence says we should call such a turn of events a “coup”:

One reason to use the language of a coup is that people know it’s wrong and a violation of Democratic norms—even if they’re not familiar with the exact definition of a coup. Language like “election tampering” or “voter suppression” signal deterioration of the democratic process. But if we get ourselves into a coup situation—like where Trump just won’t go—we need to help people help our country move into a psychic break.

We know it’s a coup if the government:

These are sensible red lines that people can grasp right away (and that the majority of Americans continue to believe in).

People who do power grabs always claim they’re doing it to save democracy or claim they know the “real” election results. So this doesn’t have to look like a military coup with one leader ordering the opposition to be arrested.

If any of those [red lines are crossed] we have to declare loudly and strongly: This is a coup.

Of course, as Hunter says, “the best way to stop a coup is to not have one.”

Perhaps a post about taking pre-emptive measures to prevent a coup in the United States seems like an overreaction. I hope that it is. But we won’t know until later, so it’s worth asking what we academics can do now to help lower the chances of it happening.

Here are some possibilities, in part based on Hunter’s advice:

Discussion and further suggestions are welcome, as are more specific talking points, strategies, lesson plans, action plans, and so on. Comments to the effect of “nothing we do will make a difference” are not. We know that the chances of any of our efforts making a difference is small. But it may nonetheless be worth making an effort if the stakes are high enough.

I made the above graphic. You’re welcome to download it, share it, print it on signs or bumper stickers or buttons, if you think it would be helpful.

Click on these for large versions of the graphic for signs (you may need to then open image in new tab to enlarge it to its full size): 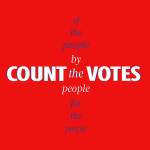 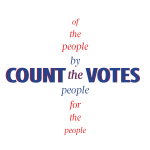 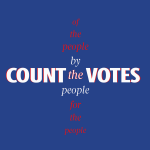 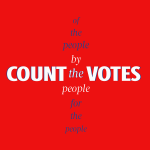 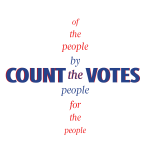 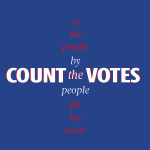