Amélie Oksenberg Rorty, a philosopher known for her work in moral psychology and ethics, has died. 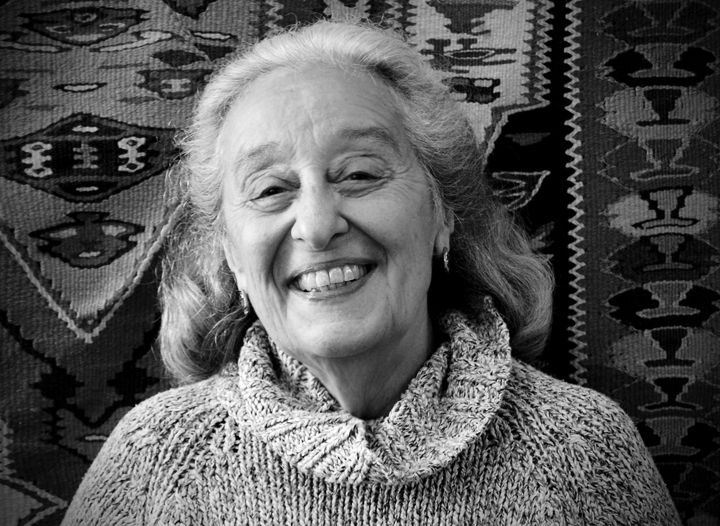 Professor Rorty wrote about a range of issues in moral philosophy, including character, identity, the emotions, self-knowledge and self-deception, and weakness of will, as well as on many figures in the history of philosophy, such as Plato, Aristotle, Descartes, Hume, Spinoza, Rousseau, and others. Some of her essays are collected in the volume, Mind in Action. You can learn more about her work here.

Professor Rorty taught at many institutions over the course of her career, including Harvard University, Boston University, Rutgers University, Brandeis University, Yale University, Mt. Holyoke College, and Wheaton College. She earned her Ph.D. from Yale and was an undergraduate at the University of Chicago.

An appreciation of the complexity of the human condition was a hallmark of her work. Consider the following, from her 1994 essay, “User-Friendly Self-Deception“:

We cannot avoid self-deception. Even open-eyed ambivalence is subject to the self-deceived conviction that although we are conflicted, the appropriate attitude will emerge in the right way at the right time. But we should not wish to do without the active, self-induced illusions that sustain us. Nor can we do without second order denials that they are illusions, the second order and regressive strategies that we self-deceptively believe rationalize our various self-deceptive activities. The question is: how can we sustain the illusions essential to ordinary life, without becoming self-damaging idiots?…

In evaluating the self-deception of our friends and enemies, in retrospectively gauging our own, we are directed by judgments about the merits of the ends it serves, as well as judgments about whether those ends could have been better served by other means. In making such evaluations, we need to think laterally as well as linearly, systematically as well as episodically. We need to consider the global effects of all our epistemic and psychological activities—their addictive qualities as well as their immediate benefits. When they are successful, psychological and intellectual activities typically tend to become rapidly entrenched, ramified and generalized.

But we have very little latitude in monitoring our psychological activities, and still less in forming them. Our epistemological strategies become habitual before we are aware of their patterns and consequences. As philosophers, the best thing we can do about self-deception is what we should do about our other psychological and intellectual activities: engage ourselves in the task of understanding the minute details of its operations. Since we are highly susceptible to socially induced self-deception, the wisest practical course is to be very careful about the company we keep. But it is no easy task to determine where our best protection lies. On the one hand, prudence counsels avoiding the company of charismatic rhetoricians who might mislead us. On the other hand, it is not easy to identify epistemic seducers, particularly when we benefit from hospitality to a wide range of opinions, each with a distinctive critical perspective on our favourite illusions.

Unfortunately self-deception is just the thing that prevents us from seeking its best therapy: it does not know when to expand, and when to limit its epistemological company. Fortunately, we have many other kinds of reasons for being astute about the company we keep. With luck, a canny self-deceiver’s other psychological and intellectual habits—a taste for astringency and a distrust of hypocrisy, for instance—can prevent the wild imperialistic tendencies of self-deception from becoming entrenched and ramified.

But that is a matter of luck; and as we know, ambivalence is the best attitude towards luck.

She died on September 18th.

While her work garnered nowhere near the attention granted Richard Rorty, to whom she was once married, I happen to think she was the better philosopher. She virtually resurrected moral psychology for professional philosophy in the West, as it was sorely neglected during most of the twentieth century. What is more, and relatedly, she took Freud seriously and her work benefited from that engagement. I continue to consult many of the essays in the Mind in Action volume (Beacon Press, 1988) cited above, which I cannot (for what it’s worth) recommend strongly enough to those not familiar with it.Report

Amélie’s death makes a sad year even sadder. She had a generous spirit, both personally and intellectually. I knew her mostly in my Cambridge years, from 1987-1994, when she was living in Cambridge and teaching at Brandeis, Radcliffe, and Harvard. Amélie had broad interests in the history of philosophy, the history of ethics, metaphysics, moral psychology, and ethical theory. She was exceptionally curious and open-minded and had a big tent view about philosophical ideas and methods. She brought together philosophers with diverse backgrounds and interests at different stages in their careers and provided intellectual and social community. I have fond memories of participating in multiple reading groups and workshops in ethical theory and the history of ethics that Amélie convened and moderated in her gentle but enthusiastic way. The membership in these groups was diverse and changing. But there were regulars and those who embraced the community, including Larry Blum, Catherine Elgin, Steve Engstrom, Owen Flanagan, Steve Gerrard, Michael Hardimon, Paul Hoffman, Alison McIntyre, Susan Sauvé Meyer, Fred Neuhouser, Andy Reath, Georges Rey, Stephen White, and Jennifer Whiting. My apologies to anyone I’ve left out. These meetings encouraged us to be patient and constructive readers of texts and to appreciate what was new and interesting in the contributions of others. They also forged friendships. I attribute much of this culture to Amélie’s example. At that time, Cambridge, especially MIT and Harvard, offered a banquet of philosophical ideas, championed by important and influential figures. But, for me, at least, it was not always the most welcoming environment. Amélie provided that welcome, exemplifying humanity, compassion, and community. Her friendship was important to me then, and it reminds me of ideals that have become endangered.Report

I am SO sad to hear that she has died. She was so lively a mind and so dear a person.Report

Amélie was such an extraordinary person and a mentor to me. She was very funny and impish and an amazing interlocutor and it is difficult to capture that. I’m finding it very hard to write down my thoughts about her but here is one.

I once had the idea of organizing a conference in her honor. I was told it was likely to go nowhere but I finally asked her if she might like it and her response was a kind version of “Don’t be ridiculous”. I think she thought time could be much better spent discussing philosophy and in pursuit of the life of the mind, not on encomia to her. I’ve never met anyone in academia with less interest in academic rank, in the normal way things are done, or in the sorts of honors academics generally strive for. This is part of why she was such a brilliant discussion leader and teacher. She did not care who you were or what it got her. She cared what you said and argued.Report

BTW knowing Amélie I just assumed that “Anne Thompson, PhD” on this thread on Daily Nous was her. I could be wrong but the last sentence on the identity of persons seems a give away: http://dailynous.com/2017/10/13/amelie-rortys-use-pseudonym/Report

With Amélie Rorty’s death, philosophy has lost an unusually rich and open mind. Amélie had a voracious appetite not just for philosophy (of all kinds), but for literature, art, psychology, sociology and anthropology. She was suspicious of the drive to specialize and of other narrowing tendencies of professional philosophy. She wasn’t one to suffer fools lightly and may have stepped on a few toes in her time; but as others have noted, she had great gifts to share as an interlocutor, and she readily gave her time especially to younger colleagues. To a great many of us, she was a steady source of advice and encouragement.

I saw Amélie for the last time in December. She was frail and fairly immobile (thanks to bad knees) but in many ways her usual self: warm and witty, and full of stories about the wonderful students she had just co-taught at Tufts. For those of us who had the good fortune to enjoy her friendship for decades, her death is a severe loss.Report