Retraction Watch has posted an article on Amélie Oksenberg Rorty‘s use of a pseudonym and recent correction notices issued by the University of California Press regarding two chapters she wrote.

In 1980, Leila Tov-Ruach published a book chapter in which she thanked the editor of the book, Amélie Oksenberg Rorty, “for the hospitality that made the writing of this paper possible.”

Normally, such an acknowledgement wouldn’t raise eyebrows. But, the trouble is, Tov-Ruach and Rorty are the same person:  Leila Tov-Ruach is a pseudonym for Rorty, an accomplished philosopher. The University of California Press (UC Press) officially outed Rorty as Leila Tov-Ruach when it issued corrections for two chapters she published decades ago under the pseudonym.

The corrections explain the author of the chapters is Rorty, who also edited the two books [Explaining Emotions and Perspectives on Self-Deception] in which the chapters appear. Although Rorty didn’t note in the original versions of the books that she is Tov-Ruach, she has not tried to hide her pseudonym either.  She has acknowledged she is Tov-Ruach in her CV, and at least some philosophers know about the pseudonym…

We don’t know Rorty’s motivations; we tried calling and emailing Rorty on several occasions but did not hear back. Both books [also] include a chapter under her real name.

Rorty and Tov-Ruach also have separate biographical entries on the “Contributors” pages in each book. In Explaining Emotions, for example:

1) Leila Tov-Ruach is an Israeli psychiatrist, who writes on lectures on philosophic psychology
2) Amélie Rorty is a professor of philosophy at Livingston College, Rutgers University

The name Leila Tov-Ruach has several possible meanings. The name is similar to the Hebrew expression “Laila Tov,” which means “good night.” Ruach can translate to spirit, soul, breath or wind.

The correction notices by the University of California press were the result of investigative work by Michael Dougherty (Ohio Dominican University) that he is conducting for a book on research integrity in philosophy.

More information about Rorty’s use of the pseudonym is here.

Retraction Watch previously reported on the use of a pseudonym by another philosopher: Bruce Le Catt, a name used by David Lewis. 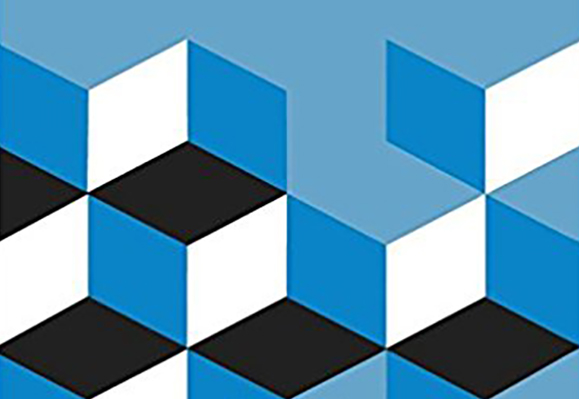 Someone should tell them about Kierkegaard. Maybe they can get to the bottom of that.Report

Dang it, you beat me to the punch on the Kierkegaard joke!Report

You, sir, win the internet today.Report

Last time I checked, all pseudonymous works are now published with the name “Kierkegaard” on the cover. Funny, no? That practice supports the “genuine history of philosophy” point noted above.Report

I look forward to the retraction of Carus Sterne’s several contributions to *The Monist*, including the important article “Five Souls with but a Single Thought: The Psychological Life of the Star-Fish” (vol. 1).Report

The reason for the pseudonym could be as innocuous as this: she thought it would look odd to include two of her own articles in these collections. I know of a case of an editor using a pseudonym for that reason.Report

Who cares about any of this?Report

Well I’ve ‘done a Rorty’ publishing a chapter under a (pretty transparent) pseudonym in a book that I edited, *Hume on Is and Ought*. I did it basically for a lark (I was not, for example, exploring a plausible rival to my own official theory which is an obvious reason for publishing under a pseudonym.) The paper is ‘ A letter from a Gentleman in Dunedin to a Lady in the Countryside’, in *Hume on Is and Ought*, the Lady in question being Annette Baier, who divided her time in New Zealand between her house in Dunedin and her house in Queenstown, and its a riff on the ‘Letter from a Gentleman’ that Hume himself wrote in defence of the Treatise. The fact that issue is raised on ‘Retraction Watch’ suggests that there is supposed to be something dodgy about this kind of thing, but for the life of me I can’t work out what it is supposed to be.Report

Dickinson Miller published several papers under the pseudonym R. E. Hobart, one of them (“Free Will as Involving Determination and Inconceivable without It”) now far better known than anything he published under his name. I’ve long wondered why he used the pseudonym; haven’t heard any convincing explanation.Report

Perhaps the finest Amelie Rorty pseudonym is ZangLoShan in her edited volume Philosophers on Education (published by Routledge in 1998). She gives a detailed explanation of why she chose to use a pseudonym in the article (on p. 46) which may explain the pseudonym discussed above by extension. Hopefully this will be of help to future genuine historians of philosophy.Report

Thank you, Aaron. No one deserves help more than genuine historians of philosophy. Those poor chaps are in quite a pickle since Pseudo-Dionysius the Areopagite…Report

Why are commenters so quick to assume that her reason for using a pseudonym and pretending to be a psychiatrist, ie, hiding her identity, was innocuous?Report

Early in my career I wrote a paper exploring the relationship between affect and ideas in Freud’s early writings. I met Professor Rorty, and asked her if she would be willing to read and comment on my paper. She said she would be glad to, and I gave her a copy. She did not comment on it.

A few years later, an article was published by an Israeli psychiatrist Tov-Ruach, and I was amazed that it seemed to have some indebtedness to my paper. At the very end, there was a “compare” citation to my paper with respect to one point. That solitary citation and enigmatic “compare” seemed odd in the face of other similarities. I did not know how an Israeli psychiatrist could have got hold of my paper, but obviously she had it.

I had no suspicion of any identity between Rorty and Tov-Ruach. I had presented a version of the paper in several venues, and I think I had given it to several people, so any one of these, I thought, might have (inappropriately) circulated it. But to Israel, so far away, and to a psychiatrist, did seem mysterious.

I felt very badly, but had many things going on in my life, and also, I think, have been a bit naive and trusting, so time past and I didn’t do anything.

Then I was shocked to find out that Tov-Ruach was actually Rorty. I can’t recall exactly how I found out, but I believe it may have been some kind of acknowledgement in print by Rorty herself. I felt betrayed.

Some time later, I learned that there was going to be a reception for Rorty at Harvard. I went, and confronted Rorty with what I saw as her reliance on my paper. She did not deny it. She laughed, and asked why was it that I was unwilling to share my work with her? I was so astounded that I just moved away and left, quite shaken. Her response was totally unexpected. As I left, she called to me, and smiling–grinning almost–she said she would be happy if I sent her any further papers I wrote.

I felt I had learned a hard lesson.

Now, so many years later, her publishers have apparently learned about her identity deception. I’m surprised, because I think it has been known for some time before this.

I am a psychologist who has had an interest in the intersection between psychology and philosophy, especially in the realm of emotion, especially in the early years of my career. I presented in a few places, including a meeting of the Eastern Philosophical Association.

This is now many many years later. Her publisher’s recent action, apparently because of research by someone on academic integrity, has led me, after a lot of painful soul-searching, to feel I should say something. This has been really hard to do. I was struck by how positive people seem to feel that the identity deception must have been innocent. Didn’t it at least strike people as rather bizarre? If she felt that what she was doing was OK, why this convoluted route? I have wondered if choosing a psychiatrist’s identity and the brief, obscure citation of my paper might be a sign of some feeling of guilt. I hope so, but obviously do not know.. When I spoke to Rorty at Harvard, she appeared to feel justified.

As I said, it felt like a sad learning experience for me.Report

The first comment, by “Pierre Bayle,” is interesting. It is either written by a seventeenth century philosopher who has risen from the dead or who is writing from the great beyond, or written by a contemporary person named Pierre Bayle, or it is a pseudonym. Pseudonym seems most likely to me, but I’d be fine with proof that it is not.

“Pierre Bayle” has leapt in as the first commenter to give fulsome praise to Rorty and to imply that her identity deception is, after all, for the best or at least desirable.

So did Aaron Garrett write both exculpatory emails, using “Pierre Bayle” as the pseudonym for one? Or did someone else write both these emails, and both names are pseudonyms, using the same email address?

Does Bayle/Garrett, whoever he/she may be, think that he/she is just being so playful and creative?

How about some honest clarification, Aaron Garrett, about the authorship of these emails?

And if you really are Pierre Bayle–my apologies–with that illustrious name, you sure don’t need a pseudonym! But if you then used the name “Aaron Garrett”…why would you???…oh never mind, identity of persons can be a very difficult topic…Report

Greetings to this forum, I am Amelie Rorty’s son, Jay. Would the Anne Thompson who writes here please contact me at [email protected] ? To all, I’ve followed this discussion with interest. I have no desire to defend or attack Amelie on this issue, and post only as an interested observer.Report